1. Like how Hollywood films bring together super heroes, I wanted to bring together our own freedom fighters, that’s how RRR Movie started – SS Rajamouli 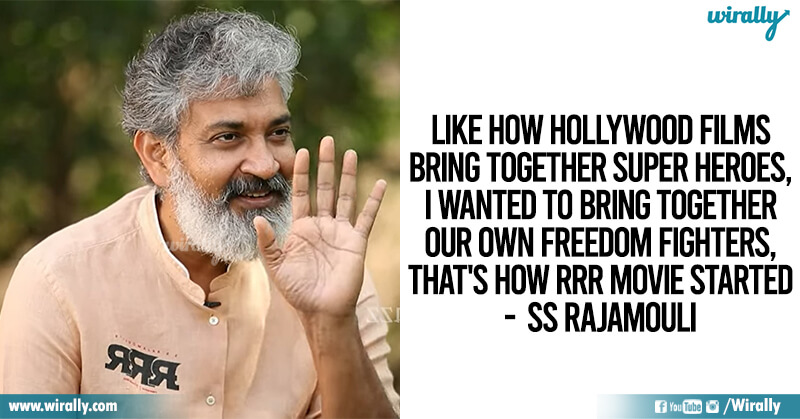 2. Except for a minor track of Ram Charan and Alia Bhatt, there is no separate romantic sequence, you will see a bromance between Ram Charan & NTR. It’s all about them – SS Rajamouli 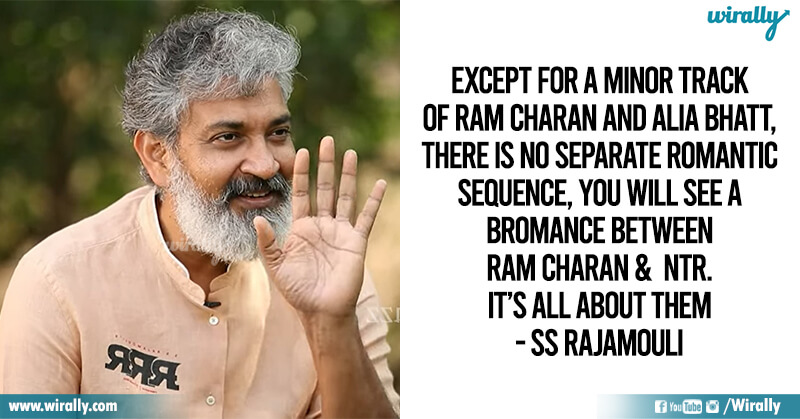 3. Though I understand I am doing revenge movies, I am not particular about making them. May be I would have chosen such stories due to the strong emotional connect – SS Rajamouli 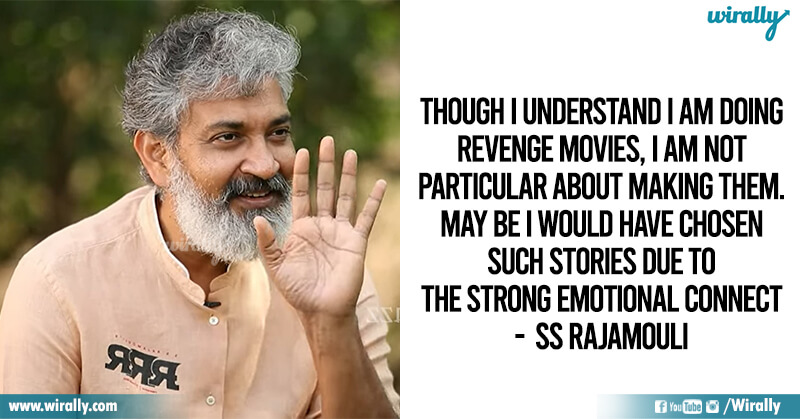 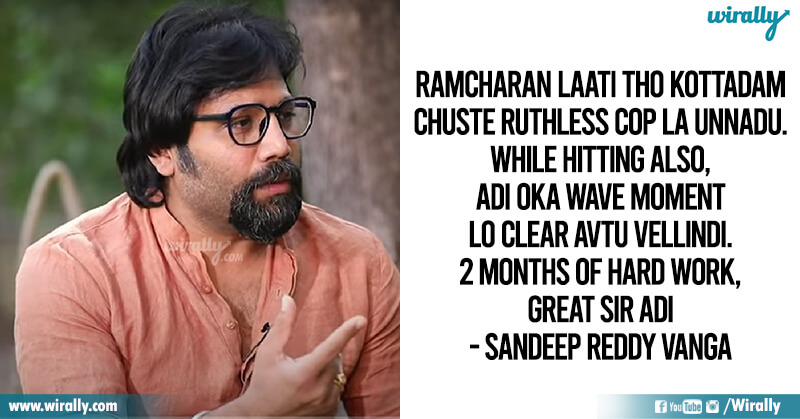 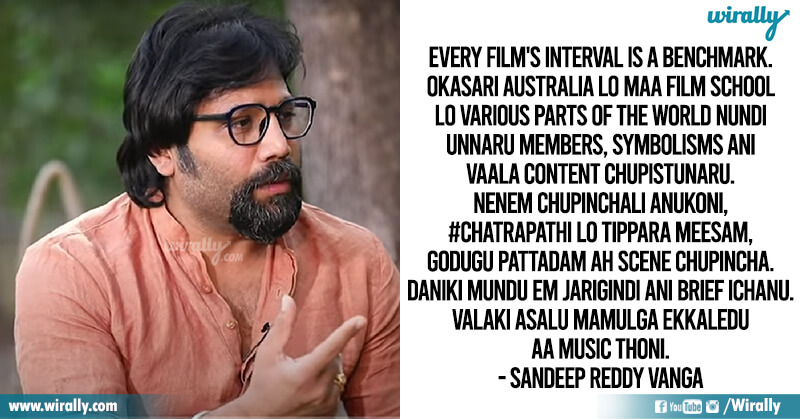 6. SS Rajamouli : All of us want to know how is #Animal similar to Arjun Reddy

Sandeep Reddy Vanga : Actually No way sir , but one thing I can say is both are character driven stories 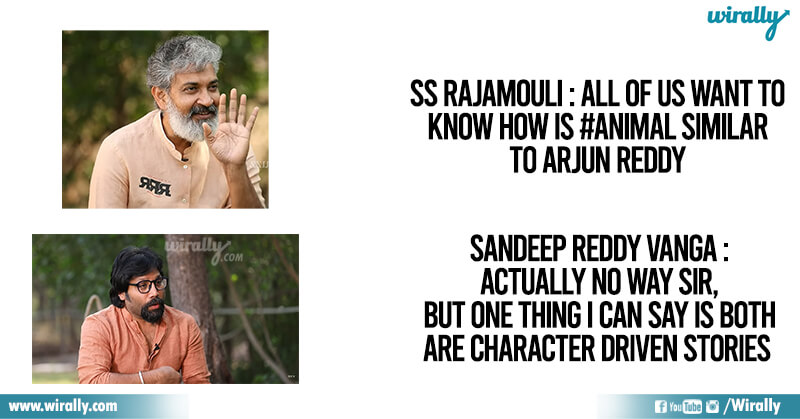 7. We had initially roped in a leading Hollywood stunt master for #RRRMovie, but we were not satisfied. Then we hired Solomon who has done a great job – SS Rajamouli 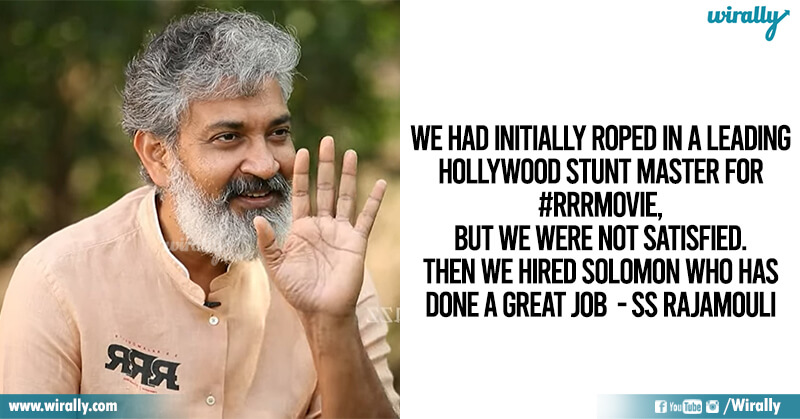 8. Baahubali had over 600 working days for both parts combined while Chatrapathi and Maryada Ramanna were shot between 120-140 days. While We Shoot 300 Days For RRR. – SS Rajamouli 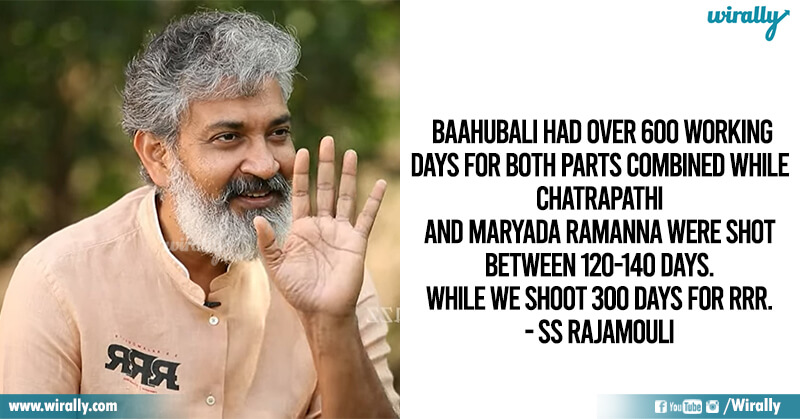 9. I’ll join the sets of Your next film as an assistant Director at least for 25-30 days, just to observe Your Work on Sets. – Sandeep Reddy Vanga 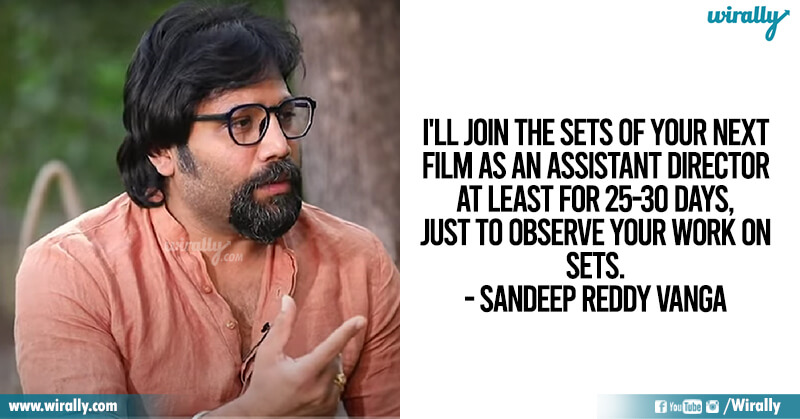 10. Even i want to come down to your location and look at your work – SS Rajamouli 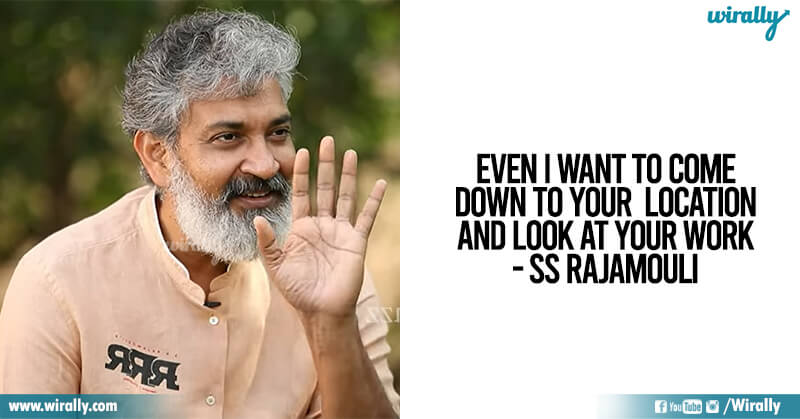