One of the most common stereotypes that has existed is that “Women cannot drive” people have ridiculed women and made fun of them over something which is not true, women have been  breaking stereotypes from a long time, they have proved the society wrong over and over again, and women power in Hyderabad is in full effect, SupriyaSanum, deserves a special mention.

She is the Locopilot who steered the inaugural Metro Rail train that drove Prime Minister Narendra Modi, KCR, KTR, Governor Narsimham and other dignitaries on Tuesday. M Rajasekhara Chary from Hyderabad was the other locopilot of Train Number 15 that launched the Metro service in the city. Receding from Nizamabad, Supriya did her schooling from Kakatiya Educational Institution, where she did her intermediate studies too, then she took up Mechanical Engineering at Vignan Bharati Institute of Technology (VBIT) in Aushapur and did her M.Tech from Hyderabad’s Chaitanya Bharati Institute Of Technology (CBIT). 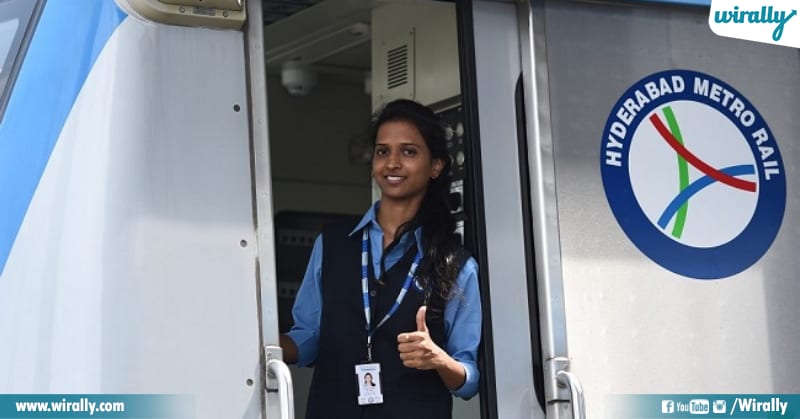 Supriya went through rigorous training to prepare for this, she was part of a driving team which trained for over 18 months. She had over 2,500 Kms of experience during the training period. Most of the locopilots were recruited 2 years ago and were trained by experienced drivers, they honed and crafted their skills by training in the Delhi metro rails, some of the women have over 8,000 Kms of experience in the training period.

These women have performance records on par with men. Locopilot K Sindhuja from Warangal has logged about 8,000km, while B Vennela from Mahbubnagar has driven for 3,000km. Supriya has logged in about 2,500km of Metro Rail run. Their training began 39 months ago in August 2014 between Nagole and NGRI and was later extended to Mettuguda, out of the 100 Loco pilots in Hyderabad, 35 of them are women, with more women who are going to join in the near future, Women are taking the loco pilot scene by storm and by the looks of it, there’s no stopping them. 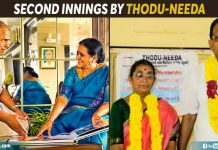 Tamannaah Turned Out To Be The Most Beautiful Lady From India....

8 Things Which Clearly Define A Foodie & Their Natakalu Nowadays

Eating Habits You Should Definitely Follow To Live A Longer Life