Wirally
Home Regional Suriya’s 24 Telugu Trailer Is Out And It’s Exciting Beyond Any Measure..! 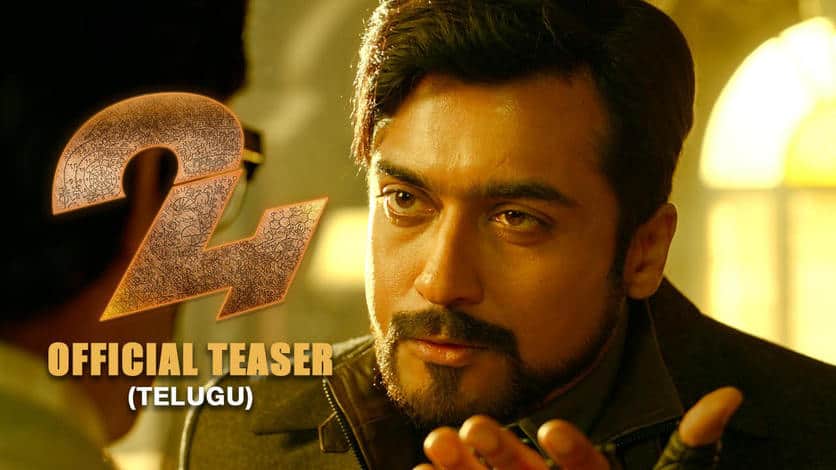 24 (Suriya’s 14 Tamil Movie) is a Tamil family entertainer film written and directed by Vikram Kumar. The film features Suriya and Samantha in the leading roles, while A. R. Rahman composes the film’s music. After beginning pre-production the film began it’s shoot in mid 2015, the film is set to release this month.
Following the success of Yavarum Nalam (“13 B” in Hindi) 2009, Vikram Kumar opted against his initial plans of directing a sequel and signed on terms to direct a film titled 24 to be produced by Mohan Natarajan which would feature Vikram in the leading role. However the time travel sci fi flick had to wait, till after telugu blockbuster “Manam”. And boy did it turn out well.