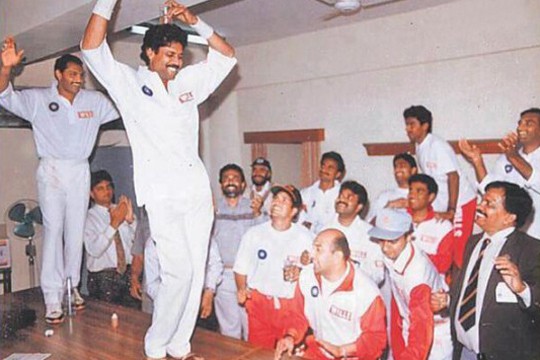 The 1990s in India, provided a beguiling mix of fanaticism, despondency and mediocrity.

Apart from bad haircuts and tacky fashion-which remained the most prominent markers- the decade also witnessed liberalization of the economy, massive political mobilization on caste and class lines and a succession of very ordinary movies by Bollywood, which continued to churn out more stars than actors.

As for Cricket, the moderate consistency that we have come to associate with Dhoni’s team in the 2010s, was a distant dream two decades ago. The team displayed a complete lack of resolution and skill in winning matches and often, very successfully grabbed defeat from the jaws of victory. Reliance on the batting prowess of Tendulkar was immense, and his departure, in nine cases out of ten, resulted in defeat. The dejected look of helplessness on the face of Indian cricketers after a loss is another standout feature of the 90s. Case in point: Nayan Mongia.

Our ‘stable of Blues’ was rather unstable in that decade. Selection to the team was so arbitrary that it seemed to have been done based on a game of musical chairs. Many made their way to the team and vanished equally soon. Through the greater part of the decade, Sachin, Azharuddin and Kumble seemed the only ones whose selection to the One day and Test teams were never in doubt. Ganguly, after his impressive debut in England joined the list. Rahul Dravid, who impressed equally, became a mainstay in the Test side and eventually cemented his position in the One-day side as well.

Kapil Dev continued to play till 1994-perhaps just to be able to break Hadlee’s record of 431 Test scalps – but towards the end of his career, was a shadow of his former self. With his departure, Javagal Srinath became the pace spearhead, but was prone to injuries, (perhaps due to his vegetarian diet) and often allowed for pacers like the freakishly tall Abey Kuruvilla and Debashish Mohanty, to play in the team. The chirpy Kiran More was replaced by Nayan Mongia and Vinod Kambli, who seemed to have once dazzled during his knocks against England and Zimbabwe at home, but was axed from the team following his outburst, and dip in form since the humiliating semi-final encounter against the Lankans at Eden in 1996. 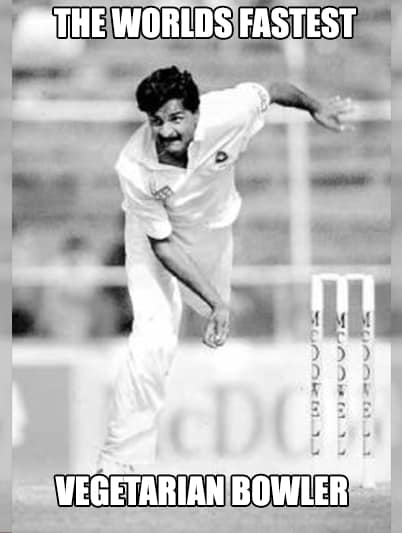 Navjyot Sidhu (who shares the same name with his wife) had been fairly regular; however, his squabbles against the skipper Azhar and Manoj Prabhakar (legendary stuff!) and his string of low scores as an opening batsman, finally forced retirement upon him in 1998. To the average TV viewer, Sidhu appeared mute, only grinning sheepishly through the grills of his helmet, every time his violent bat swing failed to connect with the ball. Little did the world know that this man would find his speech, and how!

Jadeja – remembered most fondly for dispatching Waqar Younis to all parts of the Chidambaram Stadium in the 1996 quarter final match against arch rivals Pakistan- was an indispensable of part the ODI team, as was the Trindad-born Robin Singh. Their approach to fielding was a marked shift from the sloppiness and lethargy, associated with the Indian team and in this regard, they definitely revolutionised Indian cricket, and paved the way for the Yuvrajs, Kaifs, Rainas, and Kohlis of the future. Venkatesh Prasad and Ajit Agarkar were two other players who gradually came to feature quite regularly. However, abysmal performances abroad, retirement of old horses, the match-fixing fiasco, and Sachin’s famous Tennis-elbow, made chop and change to the composition of the team inevitable. 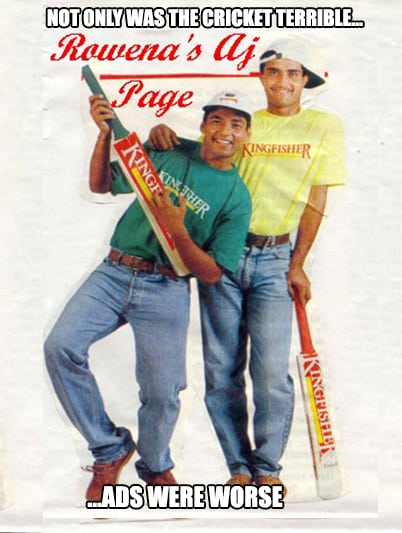 In 1997, Tendulkar famously asked “Noel who????? when asked about the off spinner Noel David who replaced Javagal Srinath in the tour of West Indies. And though Mr. David refutes the incident, attributing it on the version provided by the then team manager Ajit Wadekar, one wonders if Tendulkar is really to be blamed. After all, let us consider the list of cricketers who checked in to the Indian cricket dressing room in that decade without a permanent stay: Salil Ankola, Ashish Kapoor, Pankaj Dharmani, Vikram Rathore, Rajesh Chauhan, Sairaj Bahutule, Lakshmi Ratan Shukla, Gagan Khoda, Abey Kuruvilla, Amay Khurasiya, Samir Dighe, Saba Karim, Ajay Ratra, Deep Dasgupta, Shiv Sundar Das, Jacob Martin, Robin Singh jr., Reetinder Sodhi, Devang Gandhi, Hrishikesh Kanitkar, Vijay Bharadwaj, M.S.K.Prasad, Nikhil Chopra and Vijay Dahiya, to name a few.

Sure, some of them had given the Indian crowds reason to cheer. One may cite the example of Kanitkar who hit a four off the second last ball at Dhaka in 1998 to chase down the mammoth 314 posted by Pakistan, to lift the Independence Cup. Or off spinner Rajesh Chauhan’s six off Saqlain Mushtaq in the penultimate over at Karachi in 1997 to level the series, eventually won by Pakistan. Some of these players also achieved individual glory in the limited opportunities extended to them. One wonders how many cricket mad fans in the country care to remember that Nilesh Kulkarni is the only Indian bowler to have claimed a wicket off his first ball in test cricket, and that Amay Khurasiya, one of the least known players in the above list, is one of only eight Indian batsmen to have scored a half century on ODI debut. Both the feats were achieved against Sri Lanka.

Some might remember the promising Vijay Bharadwaj, who was the ‘Player of the Series’ award in his debut ODI venture in the four-nation LG Cup held in Kenya (1999). He, along with Devang Gandhi and M.S.K. Prasad, who incidentally top scored for India in a losing cause against South Africa at Nairobi in the final match of the afore mentioned tournament, were unceremoniously dropped from the Indian team, and were never chosen for national duty again.

Salil Ankola decided to turn to Bollywood, while Nikhil Chopra and Saba Karim- who received a career-ending injury on his right eye while keeping to Kumble- chose to make their careers as cricket analysts on television, after being snubbed by the selectors. 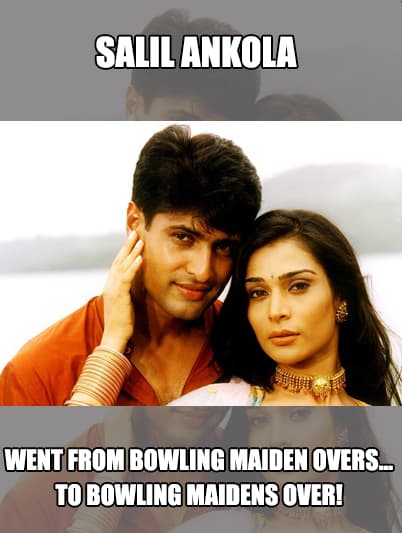 The 90s were indeed a strange time. Cricket followers in the country turned to fanaticism, often pelting stones and throwing bottles on to grounds to disallow matches from progressing when the home team was on the verge of defeat. Success on the ground resulted in hero-worship and failure saw angry demonstrations on the streets. The esteemed selectors, pandering to the prevalent mood, wobbled about to find the perfect combination. In doing so, many were not given the requisite time to prove their credentials and rise to the status of Gods in a country where Cricket is a religion.

The toil and efforts of these lesser beings were not remembered, leave alone acknowledged, and soon they faded from public memory.

In a nation where Cricket is a religion, the cricketers of 90s couldn’t be Ram or Krishna, they were relegated to being a Jatayu or Jambavan. 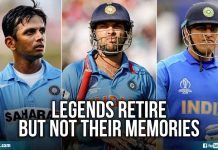