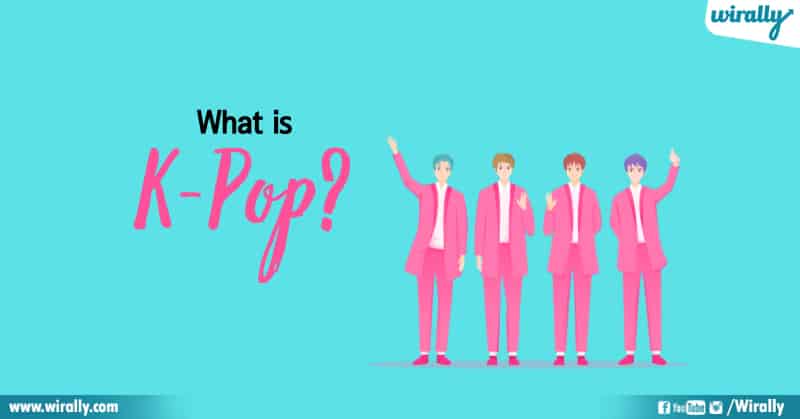 K-pop stands for Korean popular music. It is a Hip Hop and R and B genre. It is a type of music from South Korea that is becoming more and more popular worldwide. K-pop is known to offer a variety of talent in its industry. It is also known for its well-made Music videos and choreographies. K-pop consists of a lot of genres of music for many people’s preferences. It is also said that once you fall into the K-pop hole, then there’s no getting out.

Idols in this industry are very talented and charming. Every year thousands of candidates attend global auditions held by Korean entertainment agencies. They have to pass the audition and then spend years of training to develop and improve skills (Singing, dancing, and rapping) before debuting to become the best artists. They are also trained to perform on stage in front of an audience with a perfect idol personality. The trainees can debut as soloists, in duos or trios. They can also debut in groups, and the number of members can range from 4 to 21. In K-pop, it’s common to have so many members in a single group. Like, Seventeen and WJSN is a group of 13 members, and NCT is a group of 18 members.

India is a vast country like China, so it is divided into two regions. The first part is the mainland India, and the second part is the North-east of India. According to the recent survey, only 33.4% of people in India are aware of K-pop. The popularity of K-pop in India started mainly from 2015, as many groups became famous after their debut. People in India began to recognize them and following them by listening to their music. They also started making dance covers and started performing on events like the K-pop Contest India. In 2015, BTS, a prevalent group from Korea, began its rise in popularity in India because of their Music videos of ‘I need you’ and ‘Dope.’ These two Music videos gave them popularity in Korea and also cities around Korea. People from all over the world started recognizing them as one of the most leading K-pop groups. Other K-pop groups like EXO. and BLACKPINK gained popularity and helped increase K-pop as global fame.

The Popularity of K-pop in Mainland India

However, some metropolitan cities in mainland India play a role in the popularity of K-pop. For example:

The Popularity of K-pop in Northeastern India 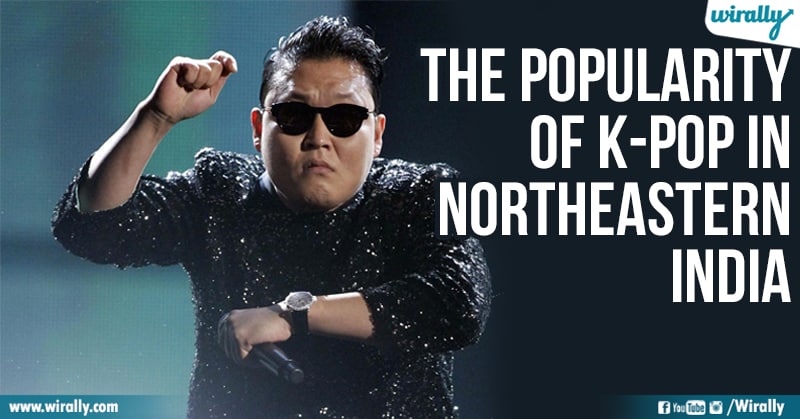 In late 2000, a ban was imposed on Indian entertainment content, including Hindi films and TV channels in Manipur, which is a small state in Northeast India. Youngsters in the state looked to the Far East for cultural content and a racial connection with the Mongoloids apart from the similar family values that drew them close to Korean culture. Later Hallyu wave (Korean wave) spread to other northeastern states like Assam, Mizoram, and Nagaland. The ban on Hindi films and channels has been relaxed, but still, the craze for K-pop continues. In 2017, the world K-pop festival held in Changwon, South Korea, witnessed history being made. An Indian group called “Immortal Army” from Mizoram won the trophy for best performance. Before that, in the 2016 world, K-pop festival Priyanka from Assam beat K-pop contestants from more than 60 countries and become the best vocal performer. She later became the first Indian female to become a K-pop idol. The 22-year-old debuted as part of Z girls in February 2019. When all this was happening in the Northeast, the other part of India was still unfamiliar with K-pop and Korean culture.
Northeast India is known to be the heart of K-pop. It is because Northeast people have some similarities with the Koreans. They have the same fashion and dressing sense as Koreans, their facial structure, style of makeup, Hairstyles, and their traditions are similar to Korean culture.

They relate and feel closer to other Asian countries like Japan, Taiwan, and Hong Kong. The Northeast states where K-pop is very popular are:

Nagaland celebrates a Hornbill Festival every year, and they are the ones who brought the first popularity of K-pop in Northeast India. Lots of Koreans and K-pop idols have visited Northeast of India in recent years. Like KARD, MONT, VAV, N-SONIC. Korea has recognized India as one of the hubs for K-pop, and there are lots of agencies like SM, JYP, YG Entertainment, and other famous companies organize their concerts in India. Even K-pop stars like Jackson from GOT7 tweeted that he wants to visit India, and even BTS is aware of India, and maybe they are planning to have a concert in India in the upcoming years. 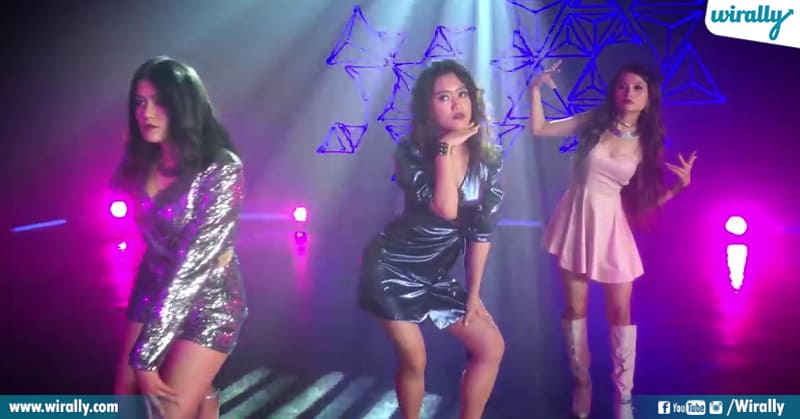 The K-pop contest in India, organized by the Korean Cultural Center six years ago, hardly had 35 participants and 300 spectators, but in 2019, a total of 1952 teams and 3475 participants entered the contest. The competition also observed performances from K-pop band In2it and Alexa. All these points towards a positive speed of Indians embracing Korean culture. India’s admiration for K-pop was slow, but today it has become a cultural phenomenon that shows in various concerts and multiplex releases of documentaries or movies. It seems that K-pop is gonna stay in our hearts forever. 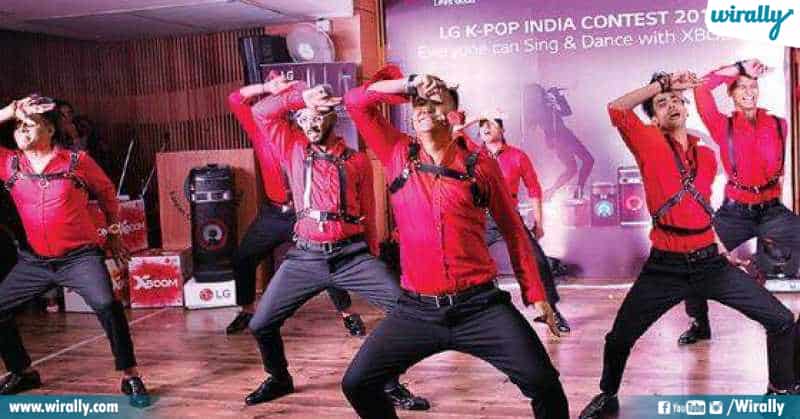 As you all know, the K-pop genre has created one of the giant waves in the global entertainment industry and has gained immense popularity in India. In 2019, Livon and 9XO decided to find India’s first all-girls group band through India’s top K-pop stars. The judges for the auditions were Alobo Naga, a composer, songwriter, and one of the most well-known artists from Northeast India and the Tetseo sisters. Alune Tetseo and Kuvelu Tetseo. Alun Tetseo is a folk artist from Nagaland who has toured across the world with her award-winning band. Kuvelu Tetseo is a singer plus beauty blogger.

The contest was open for all K-pop enthusiasts in India. The auditions took place in different cities of the country on November 6, 2019, in Guwahati. Five finalists were chosen from Guwahati itself. Later the auditions took place in Shillong. On November 7, auditions started in Shillong, and five were selected as finalists. Four members were selected through live auditions, and then later, the fifth member was chosen as a wildcard entry from thousands of online auditions of Dreamcatcher’s song “PIRI”. This is a never done before experiment, which is unique because the group will consist of Indian girls but will be singing in Korean. The organizers believed that K-pop is no longer bound to one nation, it can be found within anyone with the talent and personality for it. 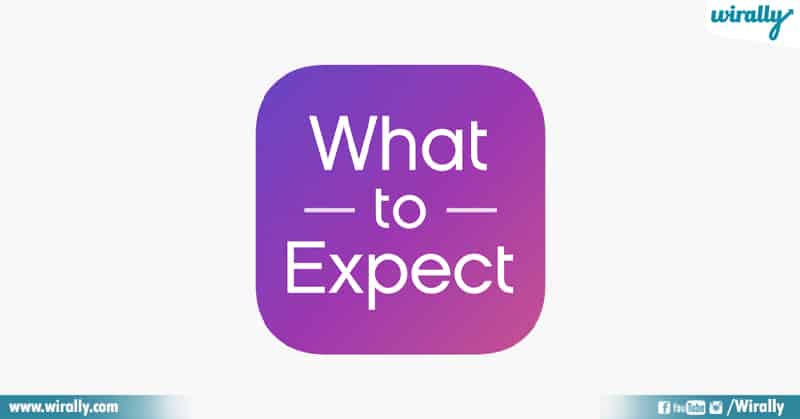 The biggest issue in India is that it doesn’t have enough numbers. There is no data to present the artists or the agencies who are interested in coming. A few years ago, no one in this country knew about K-pop, but now it has reached to a point where it is headlined in newspapers and articles in India. It was also recognized by India’s pride Oscar and Grammy award winner AR Rahman at The Grammys in 2020. Going toa K-pop concert is a dream come true for all K-pop fans. The day for India to be on the tour list of all big K-pop idols is not so for from now, it’s only a matter of time before K-pop breaks into the local concert market. India has just entered the K-pop world. It may take a few years to adjust and for making K-pop a mainstream being their fans.