Vishnuchittan was affectionately called PERIYA ALWAR/PERIYAZHVAR (Alwar is a poet-saint who espouses devotion to Lord Vishnu). He was born to Brahmin Couple MukundaCharya and Padmamma in SriVilliputhur. He grew up to be a great devotee to the Lord VatapathraSayee. He learned all the scriptures in his childhood and decided to serve the Lord. One of his daily ritual was to collect flowers from the garden, tie them into a garland and offer it to Vadapathrasayee.

One fine day, Vishnuchittan found a little pretty girl baby in his Tulasi garden by the grace of VatapathraShayi. He named the baby girl ‘Kodhai’(In Tamil which means String of Flowers). In Sanskrit, ‘Kodhai’ means ‘Goda’. It is believed that the day on which Vishnuchittan found ‘Goda’ is AadiPooram and this auspicious day is celebrated as Sri Andal’s Jayanthi.
(Aadi means Tamil month(July/August) and pooram means Nakshatram)

Vishnuchittai teaches her the stories of Ramayanam, Mahabharat and also delivers the beauty and divine exploits of Lord Krishna. As she grew, her love towards the Lord is intensified. As Godhai grew into a young girl, her Krishna Bhakti transformed into love towards Krishna. Like her father, even Godhai started writing hymns on Krishna. She would also accompany her father to the garden to gather flowers for “Vadapathrasayee.”

One night Goda dreamt of being married to the Lord and she was very happy about it. She did not know if she felt it right or if she would match to the greatness of the Lord. To confirm this, she went on search of her father, where she found the garland made by her father to the Lord and decided to wear it to look pretty. She went to see herself in a well nearby and thought that she was very beautiful and would be a great match for the Lord. Her father, unknowingly, took the garland from where he left and decorated it to the Lord. This course happened everyday. Vishnuchittan saw this and advised her not to do this again. But she was continued to do this always.

One night, Vishnuchittan dreamt of the Lord saying that he was happy with the garland the Goda wore and he would want to be decorated with it everyday. He woke up and told this to her daughter who became very happy. before it had been offered to Vadapathrasayee. Since Goda ruled Vadapathrasayee with her affection, Perialwar started calling her “Andal”- one who rules. On the same night Lord Ranganatha of Srirangam appeared in Perialwar’s dream and asked him to bring Andal to Srirangm fully dressed as a bride. Sri Ranganatha also appeared in the King’s dream (who was ruling Srivilliputtur) and asked him to make arrangements for Andal Kalyanam.

The next day, Andal was carried in a palanquin and it stopped in front of the Sri Ranganatha’s temple in Srirangam. Andal got out of the palanquin. The priests received Andal with due respect. Andal stepped into the temple and slowly walked towards the main Sanctum. Of all these days Andal was only hearing about Sri Rangantha from her father, but today she is going to see that Sri Ranganatha in person. With her pounding and thumping, she entered into the Sanctum Sanctorum. The Sanctum was pretty dark but for a little oil lamp. With the help of the lamp, she saw th big black divine deity of Sri Ranganatha. Her eyes stopped to blink. Sri Ranganatha was(is) in a recliningposture in his snake(bed)Adisesha resting his head on the west and feet on the east.

Andal slowly walked towards Sri Ranganatha. With trembling hands she touched HIS lotus feet. Lo and behold!Andal disappeared. Her father fell down stunned to see her daughter disappear. He suddenly stood up after hearing a voice. The voice belonged to Sri Ranganatha. Sri Ranganatha said that Andal was Boo Devi’s(Boo Devi is one of the consorts of Sri Vishnu) descent. Andal descended to Earth to show the humankind, the three ways to reach God. The first way is to think about HIM all the time, second is to say HIS name all the time and the last one is to offer flowers to HIM. Since the purpose of her descent was over, Andal went back to her permanent place, abode of Sri Ranganatha.

This is the beautiful story of Goddess Goda! 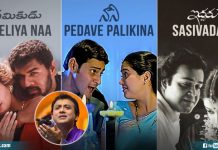 15 Old Breezy Melodies From The Soothing Voice Of P. Unnikrishnan That Are Nothing But Music Therapy 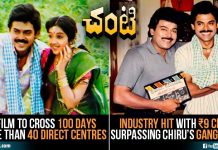 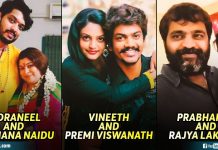