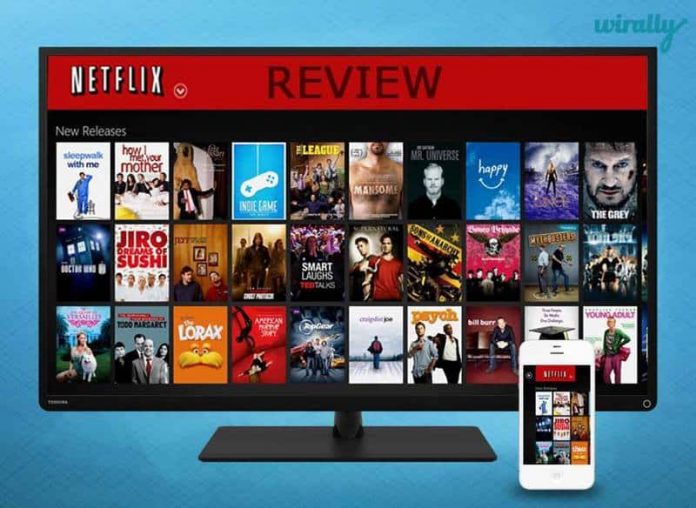 Netflix, the world’s leading video rental and streaming company has launched its services in India, and Twitter went nuts about the announcement. There were questions on whether India, a nation that loves free stuff and gigantic price discounts, would be willing to switch to a model where they have to pay for servies.

However, Netflix seems to have done its research well in advance, and is offering a month of free trial. With minutes, articles titled ‘Shows and movies you should watch in the one month free Trial Netflix period’!!

We checked out Netflix on the day it launched, and the results, are mostly positive, but slightly mixed.

FIRSTLY, SET UP AND INSTALLATION

Remember calling the Customer Care of Tata Sky or Dish TV and waiting for them to respond. Remember three days of calls and mails, followed by two dudes who land up at your house and spend six hours like elves on your terrace.

However, Netflix makes you forget all of that.

All you have to do is log in to their site and register yourself as a new user. Here, if you use an Apple device and have an account with iTunes, it automatically accepts your login credentials. However, if you use a Windows system, you’ll have to provide your Credit Card details.

I wonder why that is, though? Do they not trust Windows users? 😀

You then have to choose the devices on which you wish to use the services, and Netflix offers a wide variety of choices – your phone, computer, PlayStation, or Xbox.
The set up takes less than a minute, and once you download the app on your phone, you are good to go.

This really could be Netflix’s game changer. The Netflix Mobile App is intuitive, and even a three year old can operate it. 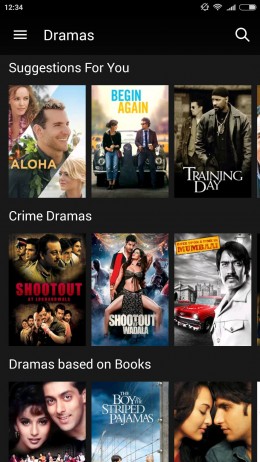 The UI is as simple as browsing YouTube for videos. All you have to do is go to the Netflix app and choose the movie/TV show that you want to watch. If you have a sound internet connection, the process is butter smooth, and it’s actually simpler than changing from one channel to another on your TV.

We found that switching from one show to another depends a lot on how good your internet connection is, but it should work rather smoothly if you have a decent connection.

Now, to come to the main point of the article. Netflix has acquired a lot of good rep in the West for its offerings. Most of the best shows on Netflix are available in DVD stores, but it is really Netflix Originals – shows produced by Netflix – is what gives them the edge. 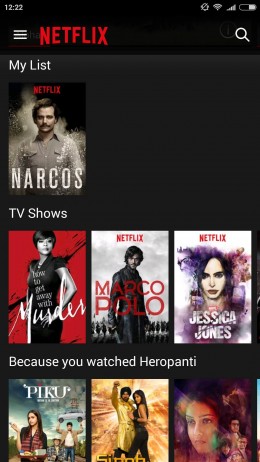 We went through the Home Screen of the mobile app and found that the UI saves the last watched video exactly where you left it. The service offers a good range of TV shows and movies, and we completely exploited the free one month trial offer.

If you’re a fan of Hindi films, we found recent hits like Piku, Ship of Theseus, and a strange film called ‘Jatt James Bond’. There is a complete section called ‘Indian’ in the Home menu, and you can access the goodies there. 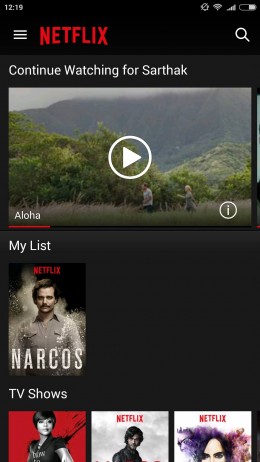 ‘TV Shows’ is clearly the best section in the menu, with killer shows like Arrow, Making a Murderer, Breaking Bad, and Suits featuring on the home page. Also, watching any of the shows is as simple as clicking on the icon and it begins buffering. We were genuinely impressed.

We can’t deny we were genuinely impressed by Netflix.
The UI is butter smooth, the offerings are exciting, and you can’t help binge watching. We watched a bit of Narcos, Jessica Jones, and finally settled on Heropanti (he’s Jackie Shroff’s son, come on!).

But now, coming to the most important part of the debate – the price.
We were using Netflix’s one month free trial and so we weren’t really bothered about the cost. But once the honeymoon is over, monthly subscription is going to be an issue (unless you’re distantly related to the Ambani family).

We already pay about 500 a month for our DTH connections, so anything over that is going to be an additional expense. Netflix offers a basic package for Rs 500. You’ll have to shell out an additional 150 for HD viewing, and 800 for Ultra HD.

The other issue is that of internet consumption. Since the entire service is dependent on live streaming, you’ll be burning your internet pack like petrol in a Hayabusa. If you’re ready for that, or if you have somehow managed to use your office internet to connect your device, well, the world is your playground! Go ahead and have fun!

FINAL NETFLIX INDIA REVIEW : Slightly on the expensive side, but completely impressive.

7 Bollywood Divas And Their Yoga Ways

Hyderabad Becomes The Only Metro City To Win The Swachhta Award

16 Small Budget Films That Proved Budget Is Never A Constraint...