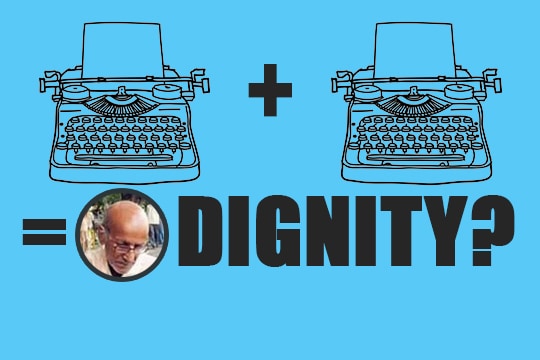 We often speak about the impact of social media, and how it affects our daily life in both positive and negative ways.

The recent story on social media was that of Krishna Kumar, a 65 year old man who had spent the last 35 years of his life typing in Hindi. His typewriter was smashed to smithereens by a Sub-inspector on the pretext of a ‘security movement’. This was captured by a Good Samaritan and spread over Facebook and Twitter. 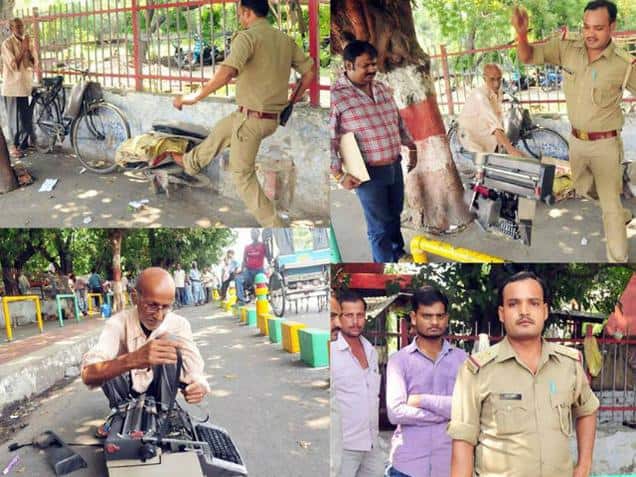 As the story spread like wildfire, the UP police jumped into damage control mode, immediately giving him two new typewriters as replacement. It was also announced that the Sub Inspector involved has been ‘suspended’, with no details of the extent of the suspension, or anything else in a written format. 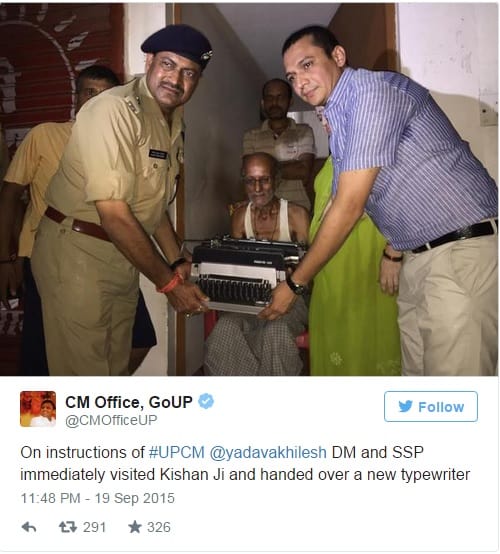 Again, this was well publicized on Twitter, and again spread like wildfire. We again spread this story and celebrated it as a ‘victory’ for justice, Indian people, and civil rights.

Yet, nobody wants to speak about the root issue.

The core issue is that Indian Police has never taken any steps to treat people politely, and with respect. We add fuel to the fire, by celebrating films like Singham and Dabangg, which legitimize policemen taking matters and law into their own hands.

We never hear of any orientation by the police to treat people with respect. We are never told of our rights against the Police. The only idea we have is that the Police can frisk you any moment, and they have the right to abuse/slap/torture you without citing any reasons.

Yes, the SI has been suspended, but that is a joke. He will be back at work in a few weeks, and the police will continue to treat the citizens of India as sub-standard, second grade lives.

In the age of Social Media, we again fell for the trap.

They knew that we will forget and move on, and gave us a token solution to calm our outrage. And like fools, we fell for it all.

While we celebrate the ‘victory’ across Facebook groups and Twitter conversations, the authorities know that we survive on a day-to-day outrage. Tomorrow, something else will spark our fury, and we will rush to demand justice there.

In our own ways, we have all become Arnab Goswamis in our own right.

We will attack a burning issue, but will never bother to stop and question,

‘You gave him two typewriters, but what about his dignity?’