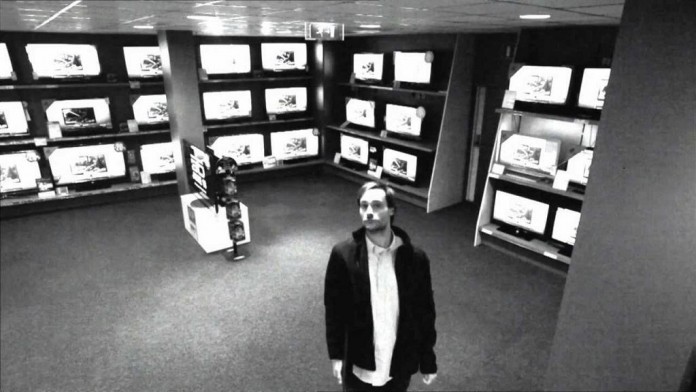 There are thieves, and then there are super-thieves.

If you’ve watched Catch Me if You Can, or Oye Lucky Lucky Oye!, you’ll know what we are talking about. There are some people who take the mundane skill of shoplifting and turn it into an art form.

Here are twelve thieves who got caught on CCTV, but alas! It was too late.

1. THE SUITCASE WALE ROBBERS: How do you steal from a shop that sells large suitcases and baggage bags? They are large and you can’t really sneak one into your bag? How then?

Very simple, you don’t go after the bags in the first place!

Wolves, it is said, hunt in packs. Seems like so do thieves. This trio consists of two women and one man – an average Indian family. But it’s only when the salesperson isn’t watching that you realize what’s wrong with them!

This woman, dressed in a burkha, deserves special mention for her courage. She gets the shopkeeper to try out a few earrings, and while he goes back to keep the earring in its place, she works her magic. While other thieves generally try to make as less eye contact as possible, this woman is a few inches away from being caught, and yet she does it.

When shops announce ‘Clearance sales’, they have these sort of people in mind. Another group that works together , these women do away with not one or two items, but THREE entire bundles of clothes!

Clearly an inside job, this dude has the keys to an ATM, and seems in no hurry at all. He takes out the key from his wallet, opens the ATM machine, puts the money in his bag, locks it, and puts the key in his wallet back again. With the nonchalance of someone just picking his nose on a Sunday afternoon! Well played, bro!

What’s the easiest way to pick some bangles? Hide it up your burkha, of course! Making use of the garment to support all her evil schemes, this woman plays it cool while robbing this jewellery stores.

The best way to launch a burglary expedition is by keeping it in the family! This middle aged man and his teenage daughter look like harmless shoppers. They pile on the charm, and act cool as cucumbers all through. The most remarkable part is her strategy is the simplest – just pocket many items, pay for one, and leave without giving rise to any suspicion.

Had enough of women picking jewellery off showrooms? Meet Ramu-Shamu, the suave guys who take action against illegal two-wheeler parking on the road. By getting rid of the bikes in the first place. One guy waits as the other gets on the bike, removes a pliers, messes with the wiring, and kicks the handle out of its lock. Shamu then joins Ramu, and they whisk away with a new, shiny Pulsar!

And you thought your Tenth standard marks were going to help you. Yes.

To pull off the perfect heist, you need to have it all planned out. Like this dude here, who waits for the perfect time, and divides his work into three stages. Such is the planning that at any stage, if something goes wrong, he is nowhere in the picture! Brilliant!

If there’s one criteria for being a robber, it is that you must look intimidating. These three dudes who walk into a Pakistani bank look like the last time they ate was when they were given Horlicks as kids. Scrawny, wearing loose, casual kurtas, these guys are as intimidating as a pack of butterflies. No surprise then that the security guard (with his paunch and all!) manages to fight and win against them. I wonder what their Team Meeting sounded like when the thieves went back home.

Adding to list of kurta-clad Pakistani robbers is this one-man army. He removes his gun, fiddles with it, struggles with the bullet, and then goes batshit crazy. Running out of options, he shatters the glass in front of him, and jumps over to the counter.

Poor guy probably doesn’t know money isn’t stored in drawers all the time. After rummaging through the computers and keyboards, he picks up what looks like a bag of A4 Bond sheets and scurries away with it.

This dude walks into a mobile shop, and does nothing for a few seconds. He’s checking out the phones on display, whiling away time. When he finds everybody looking away, he stretches his hand out…

Types of people in our life and the struggle they give...

14 Food items that ruled our childhood in the 90’s.