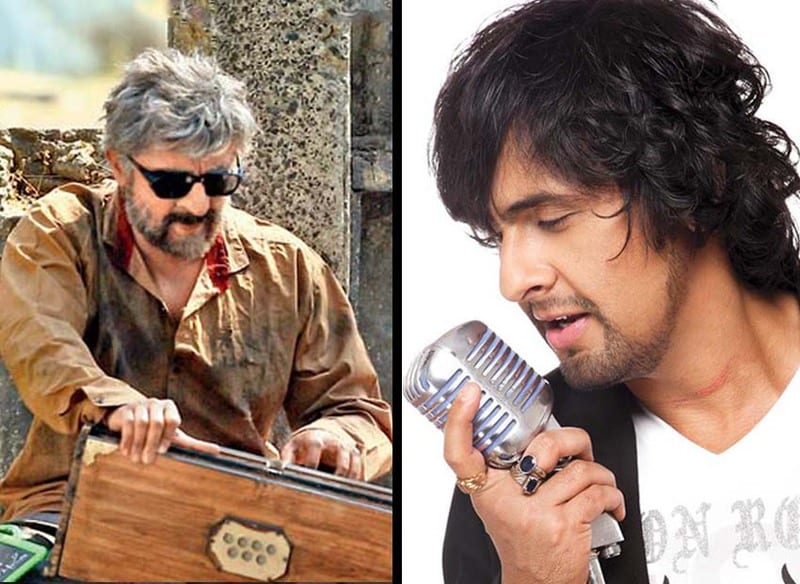 We often pass-by beggars or shabbily looking men with soulful voice and fine sense of rhythm. Few tend to give them money out sympathy for their condition while others get overwhelmed by their voice reaching out to their wallets. Seldom have we tried to know the truth behind those voices. Who knows one such voice that can be one of our very beloved singers roaming incognito. Well, something like that actually happened yesterday in the busy streets of Mumbai as Sonu Nigam transformed himself into an old man with shabby clothes and a broken harmonium singing in the nukkads of busy locales. It is but obvious that the mellifluous voice would definitely attract viewers. The turn-out might not be as grand as Sonu Nigam’s shows but the reactions are mind-blowing. Do catch Sonu’s message towards the end of the video.

But this interesting social experiment made me delve into my thoughts and I also drew some inference which are kind of add-ons to Sonu Nigam’s views. This video again proved that in India (or probably in the whole world) more than fan of art people are fan of glamour, fame and money. Take any creative field – be it arts, literature or films glamour supersedes quality in terms of acceptance. A trashy superstar film will get 100cr but a Masaan would never find a large scale acceptance. An offensive Yo Yo will play in all parties while few would actually tune in to an Indian Ocean fusion or even fewer would actually seek out music at its purest form. That’s the power of branding which celebrates the “name” and not the art. Even though Sonu Nigam wanted to promote his app “Being Indian music” but his methods were commendable. Kudos to him to show the other side of stardom. It can be safely assumed that in a universe of 100 people only 10 would appreciate true art (in whatever form may it be) and those few people who actually stood to listen to the “old man” are some of them. My attention (like Nigam himself) went towards the young man who wanted to record the voice.

Listen to this video and try to disconnect from your daily chores and seek for something extraordinary out of ordinary.