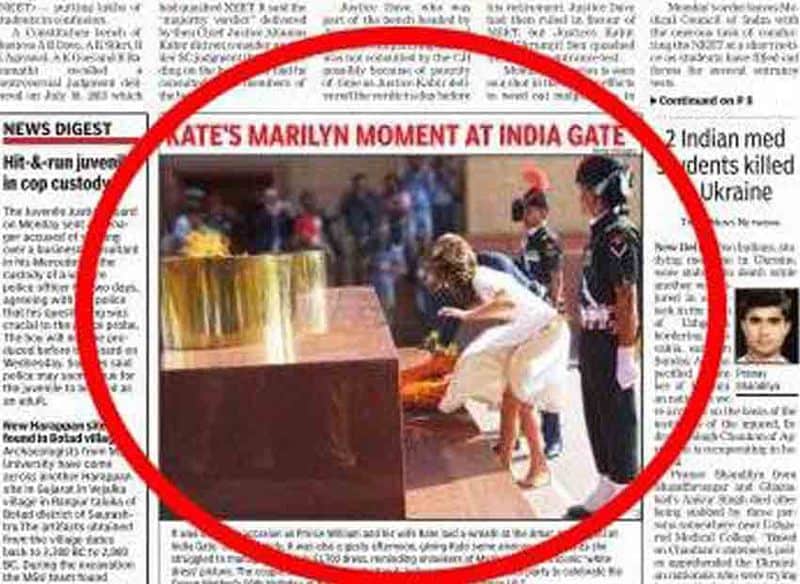 One of India’s oldest and most popular dailies, Times of India, never fails to disappoint when it comes to keeping up with its reputation of being a joke in the name of a newspaper. Laded with innumerable advertisement, foliage worthy news articles, and utter bakwaas. However they upped their game this time around. But their front page in their New Delhi edition, today, features something that proves how serious their dedication is to representing the ‘pressing’ concerns and sentiments, of the masses. 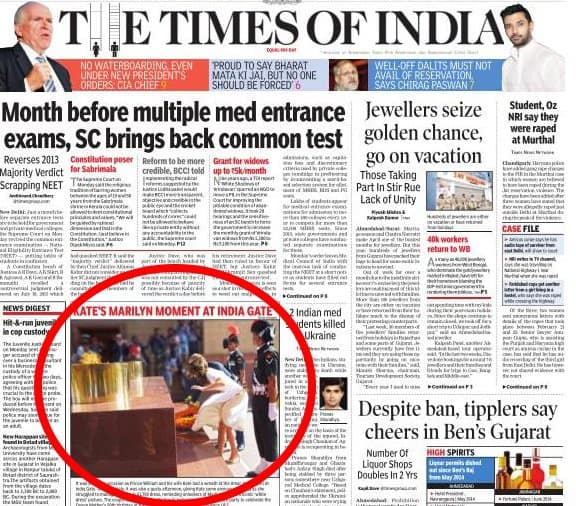 While their mast-head, ironically, features two ladders, with figures of a man and woman below, representing ‘gender inequality,’ just a few rows below that is an interesting picture of the Duchess of Cambridge, Kate Middleton, paying her respect to the slain soldiers of India, at the Amar Jawan Jyoti, at India Gate. Except, that TOI has done the best it could to take away focus from the whole point of why she was there, and shifted it to Kate’s skirt which, according to the famous daily, given the breezy surroundings, decided to recreate actor Marilyn Monroe’s famous scene from one of her films. And, as if the headline wasn’t ridiculous enough, the caption accompanying the pic just took absurd to a whole new level. 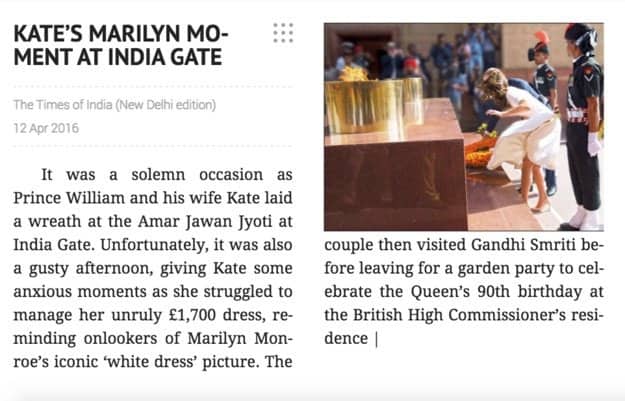 And it got all it deserved through the twitter

I will not be shocked if Times Of India prints "Rain during Mayawati rally, she had a Raveena Tandon moment".

Times of India Journalist in making !

Times of India is the Shakti Kapoor of Indian Newspapers. And this is the lead story of today's paper. pic.twitter.com/Xv5jkLIJwu