Top 10 Most Expensive Houses in India

Architectural work in India is something to boast of, from the Gavaksha or Chaitya Arches and caves at Ajanta to Taj Mahal to modern marvelous buildings, India is home to some of the exquisite and the most expensive buildings that are owned by some of the richest tycoons, businessmen and actors.

In this article, we have put down some of the most expensive, luxurious houses that have their own architectural work in India.

Owned by India’s richest billionaire and Reliance Industries Tycoon Mukesh Ambani, Antilia is the topmost expensive house in India. This 27 storeyed building designed by Chicago-based architects Perkins and Will has every amenity one could imagine. It has an ice cream Parlour, salon, 3 helipads, an 80 seat movie theatre, multi-floor car parking, gym, and swimming pool and the list goes on. As per reports, this property costs between Rs.6,000-12,000 crores. 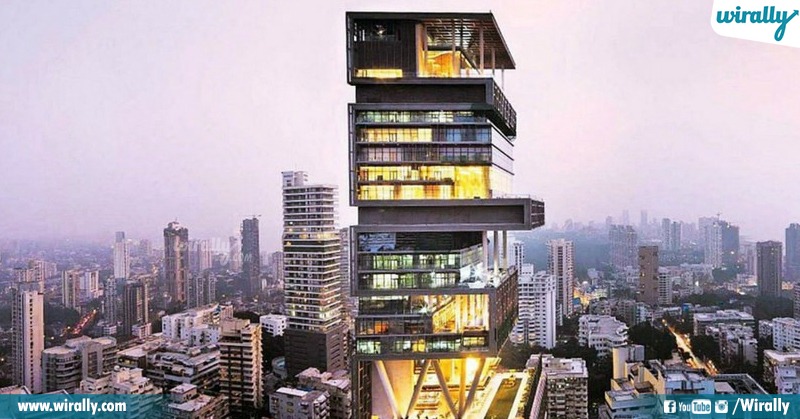 The second most expensive house in India is owned by the Bollywood King Sharukh Khan which is nothing less than a palace and it lives up to the super star’s reputation. This masterpiece or ultramodern spacious bungalow overlooks the Arabian Sea and it is situated at Bandstand in Bandra, Mumbai. This building has become so popular that tourists and Bollywood fans often visit this house from the outside. According to the reports, this 6 story high building costs nearly Rs. 200 crores and it includes multiple bedrooms, a library, a gymnasium, and a personal auditorium among others. 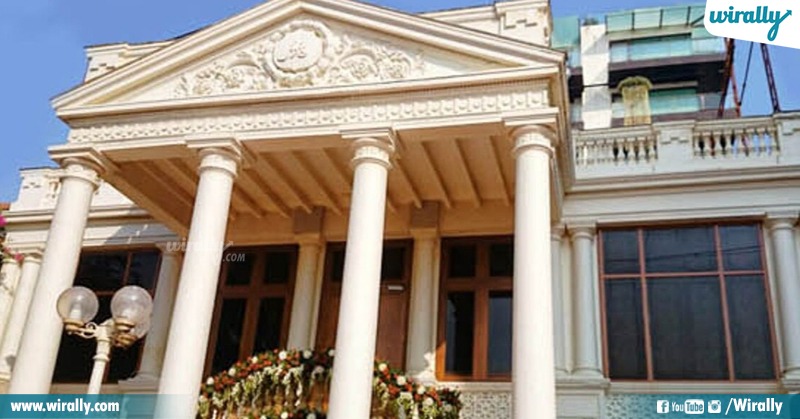 Owned by Raymond Group Chairman Gautam Singhania and located in South Mumbai, JK House is the second tallest residential building in India after Antilia. Spread over 16,000 square feet, this is one of the most luxurious houses in India. This 30 story building out of which 6 is for parking itself and includes residential space, office space, two private swimming pools, a gymnasium, a helipad, and a recreational area. As per reports, this luxury house property is worth Rs. 6,000 crores. 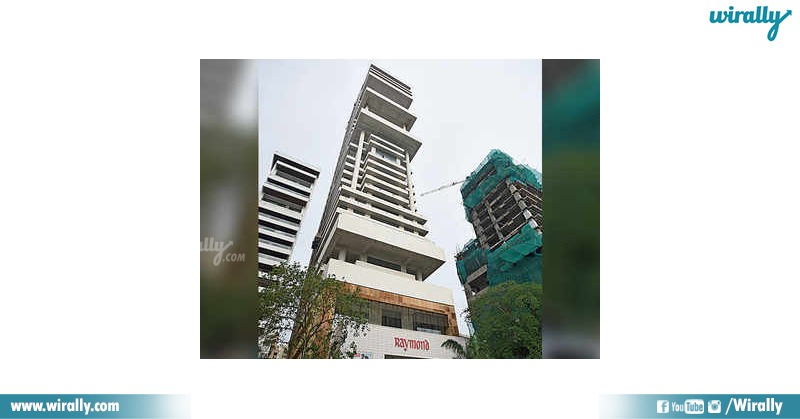 The fourth richest, luxurious, and expensive house in India belongs to Anil Ambani. Abode is a beautiful property that is spread across a span of 16,000 square feet and is almost 70 meters high. Located in Pali Hill, Mumbai, this property has a swimming pool, a gymnasium, a spa, and even a helipad, and others that surely will blow your mind. As per reports, this property has a valuation of a whopping Rs. 5000 crores. 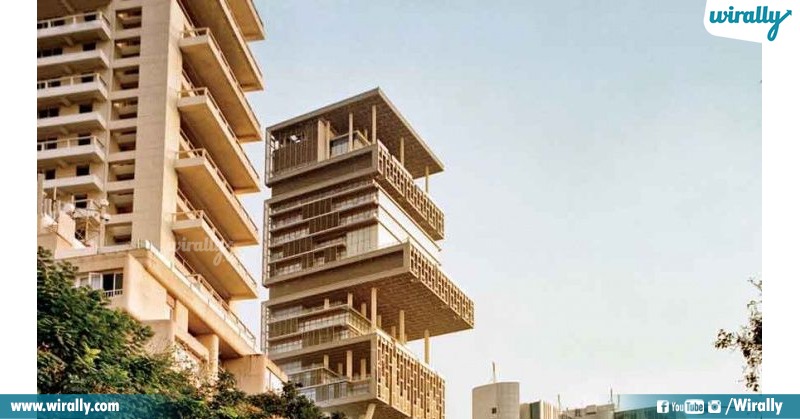 The fifth most expensive property or house in India belongs to the Industrialist and philanthropist Ratan Tata. Ratan Tata’s Retirement Bungalow located in Colaba, Mumbai is one of the most luxurious abodes in India. Spread across 13,350 feet, this bungalow is divided into seven stories and it has a media room, a beautiful sun deck, a private parking area, huge infinity, and a gymnasium. According to some reports, this house is worth Rs.150 crores. 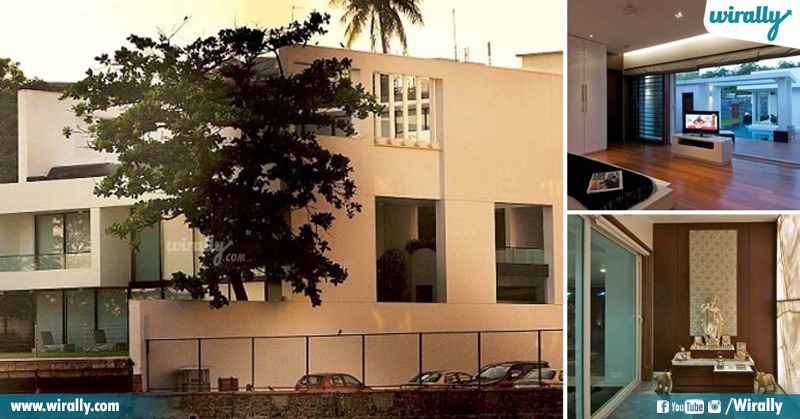 The sixth most expensive house in India is owned by none other than Big B, Bollywood’s evergreen Amitabh Bachchan. Located in Juhu, Mumbai, Jalsa is one of the most luxurious houses in India that is spread across 10,123 square feet and is a double-storeyed building. Indeed, this mansion was gifted by renowned director Ramesh Sippy after Amitabh Bachchan finished shooting for Satte pe Satta. It boasts of a front porch, verdant garden, spectacular paintings inspired by royal heritage, and also has high traditional arches. This property is worth Rs. 100-200 crores as per the reports. 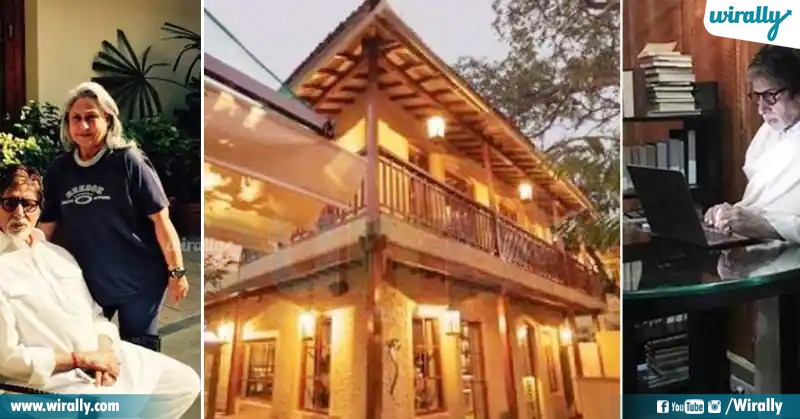 The seventh most expensive house in India is owned by Politician and Industrialist Naveen Jindal. Located in Leafy Lutyens Bungalow Zone, this exquisite property is spread over three acres and housed in one of the most expensive areas of New Delhi and it is considered an architectural marvel. 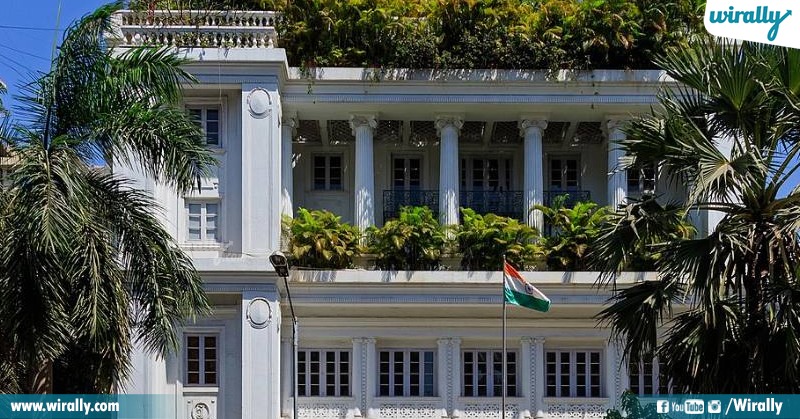 Located in the heart of Delhi, The Famous Tees January Marg and owned by Essar Group Business Tycoons The Ruia Brothers –  Ravi Ruia and Sashi Ruia. Ruia House is yet another most luxurious house in India that is spread across 2.24 acres and is worth a whopping Rs. 120 crores. 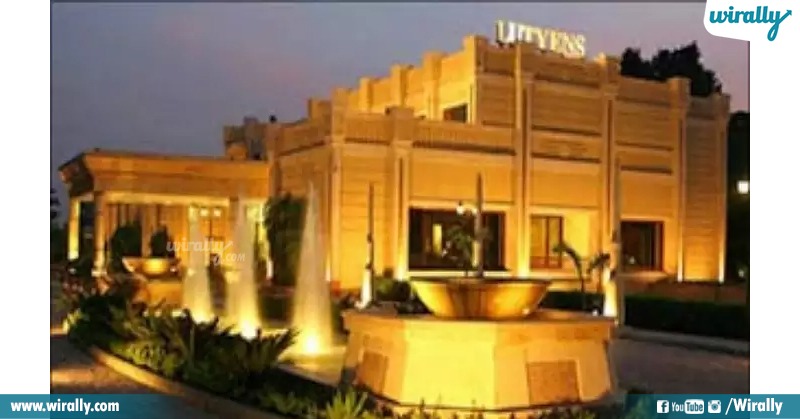 Owned by the Liquor tycoon Vijay Mallya, this is another most expensive house in India. Sky House is Vijay Mallya’s dream house that is built in Bangalore. This penthouse rests upon a 35 story high-rise building and it is spread across 40,000 square feet. It comprises all the amenities one could expect and it boasts of a 360-degree view platform and even an infinity pool. As per reports, this house is worth $20 Million. 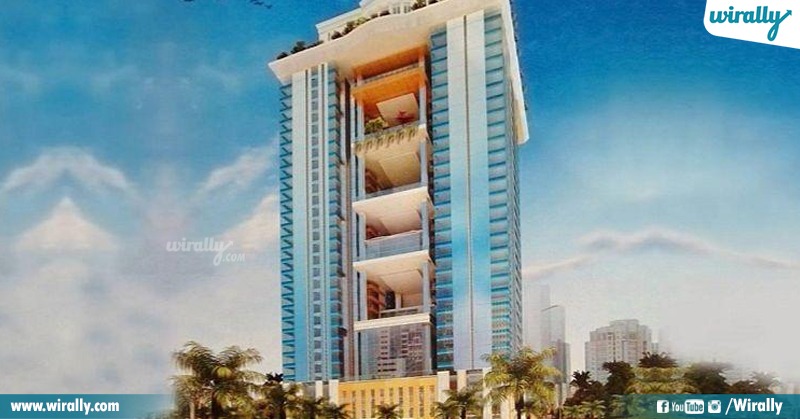 owned by the chairman of Aditya Birla Group KM Birla, Jatia is one of the beautifully built houses and the most expensive houses in India. This luxurious mansion is spread across 30,000 square feet and it is located in Malabar Hill, Mumbai. This exquisite sea-facing bungalow boasts 20 bedrooms, a central courtyard, and a lush garden with a pond built-in. This mansion is worth Rs.425 crores as per the reports. 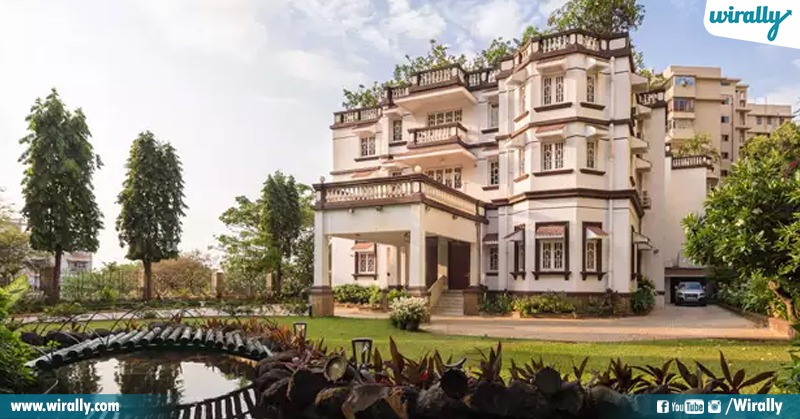