Bangalore or Bengaluru the city which has a plethora of nicknames such as Silicon Valley of India, Garden City of India, Science City of India, Electronic City of India, has some of the beautiful places or say major attractions that captivates the tourists and locals attention. Dating back from the historical constructions to the modern 21 century art and architecture, Bangalore houses some of the best places to visit. Here, in this article we have listed down some of the interesting places to witness on the weekend or at any time. 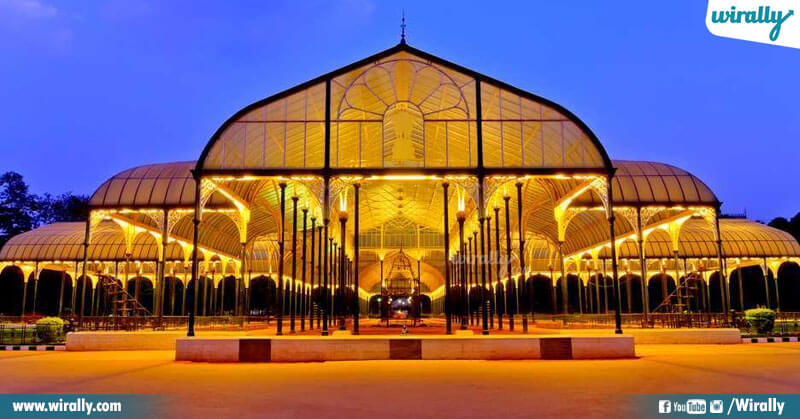 If you are a nature lover and are fond of a wide variety of plant species then you must definitely visit the Lalbagh Botanical garden also known as the Red Garden which was first established in the year 1760 by Hyder Ali. It is located in Mavalli, Bengaluru.It is a place surrounded with all the greenery. It holds two flower shows and has over 1,000 species of plants with many trees that are more than a hundred years old. Apparently, the park has rare species of plants brought from France, Persia and Afghanistan. This is one of the greatest places to witness in Bangalore. 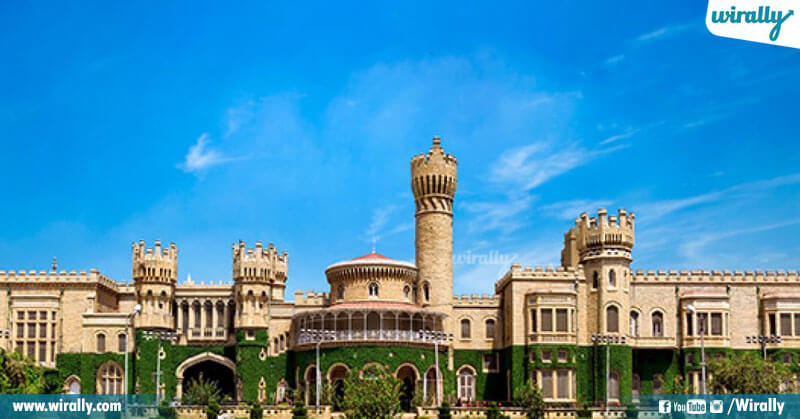 Ever wondered how our ancient ancestors, mostly how the royal kings lived back then , how their life was? Well, Bangalore palace with its exquisite interiors gives you a glimpse of their history and how the royals lived their magnificent days. The Bangalore palace is often considered one of the most attractive palaces built in the country. It was built by Chamraja Wodeyar in the 19th century in a Tudor style. It was inspired by England’s Windsor Castle. The palace has vintage furniture, wood carving and other interesting elements. Presently, many events, concerts take place at this palace which is surrounded by beautiful gardens. 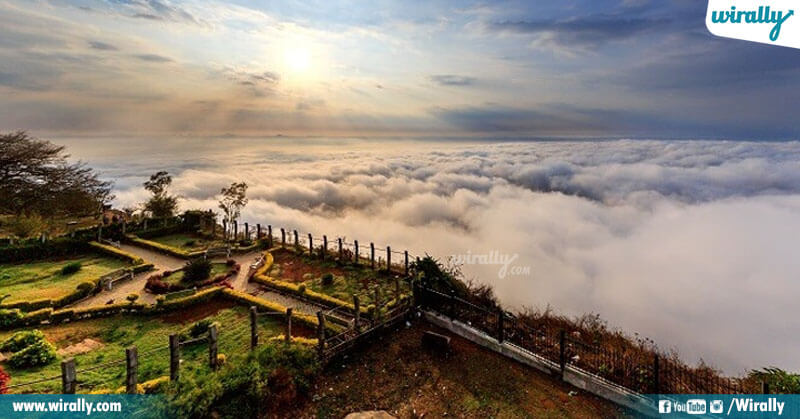 Experiencing the clouds below you or just right in front of your eyes then you are literally on cloud9. If you are a person who loves sunsets surrounded by hills, mountains and greenery just like the picture we used to draw at school then you must definitely visit Nandi Hills located at Chikkaballapur district in Karnataka, Bengaluru. The entry fee is just Rs.5. It is a heavenly place for those who love cycling with lovely trails passing through the pristine greenery. 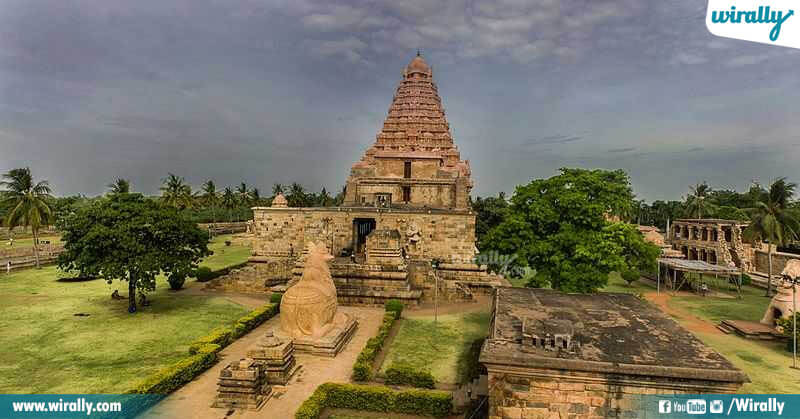 if you are interested in visiting the spiritual places, then you must definitely visit the Chola Temples to witness the stunning architecture, detailed carving and sculptures. These temples literally date back to 1,500 years. One can also visit other temples such as old Madiwala Someshwara Temple, domlur chokkanathaswamy temple, Sri Ananda Lingeshwara Temple and Halasuru Someshwara Temple. Besides, ISKCON is also a great place to visit. These are a few of the best places to visit in Bengaluru. 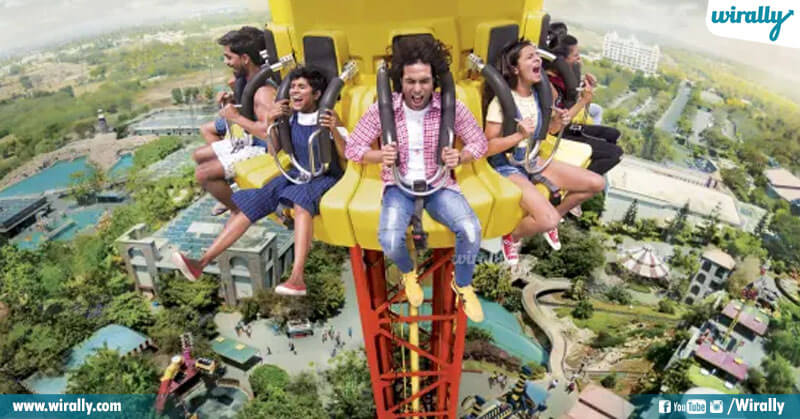 In a mood to get away from the hustle bustle of life and have fun? Wonderla Amusement is a solution to chill on the weekend with friends and family with more than 50 wet and dry rides. The drives at Wonderla will surely drive away all of your roller coaster of emotions. Wonderla is for sure a best trip on the weekend. 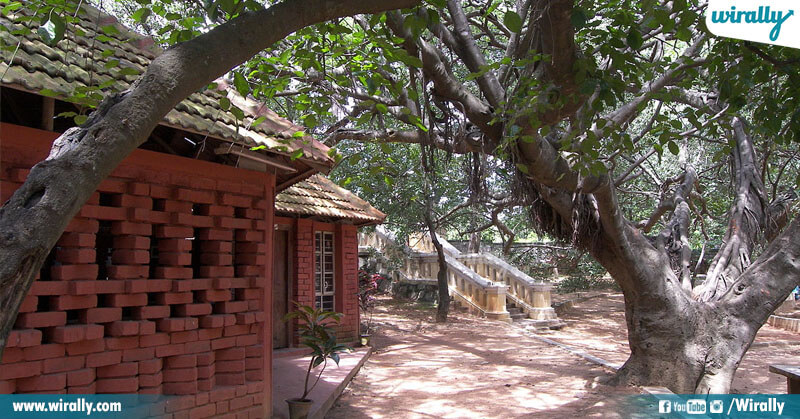 Chitrakala Parishath is a cultural organisation where it has a permanent collection of dozens of paintings, sculptures and folk arts.if you are an intriguer for such collection of arts, then this a place for you to visit in bangalore. The organization often conducts exhibitions and events where millions of people step in and get captivated by the talent and creativity displayed. 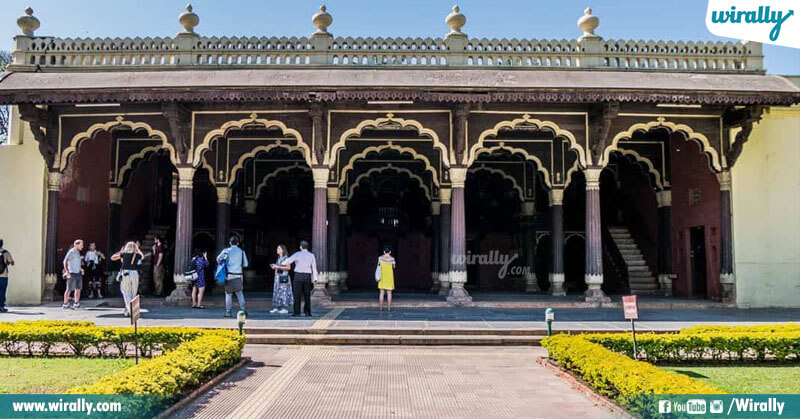 Have you ever imagined how it would be if there is a home for every season? Tipu Sultan, the Mysore Ruler apparently has a summer palace called “Tipu Sultan Summer Palace” which was constructed by Hyder Ali within the walls of the bangalore fort in the year 1791. This palace is a great example of Indo-Islamic architecture. The tourists or locals who visit this palace are easily captivated by the interior architecture. 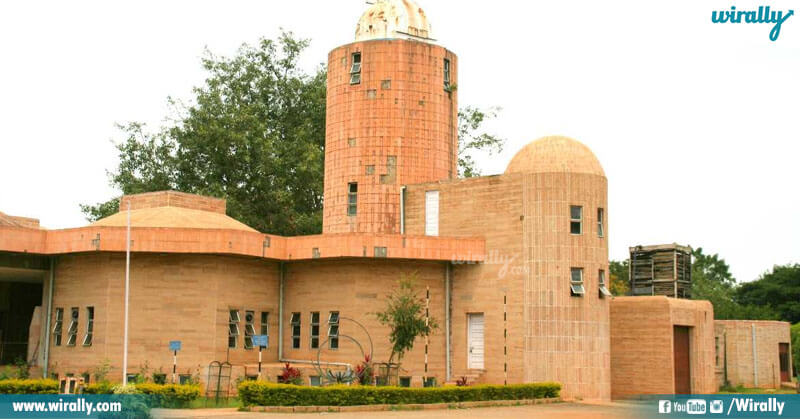 Jawaharlal Nehru Planetarium is one of the popular attractions in the Bengaluru city. It is well known for its sky theatre which depicts celestial events under one roof. It is the centre of astronomy. The planetarium often hosts several exhibitions and events where many people gather to witness it. One doesn’t need to be an astronomy lover to watch this astounding astronomical scenario. Eventually everybody has to fall for these heavenly events. Make sure to visit this beautiful heaven on earth with its spell bounding technology. 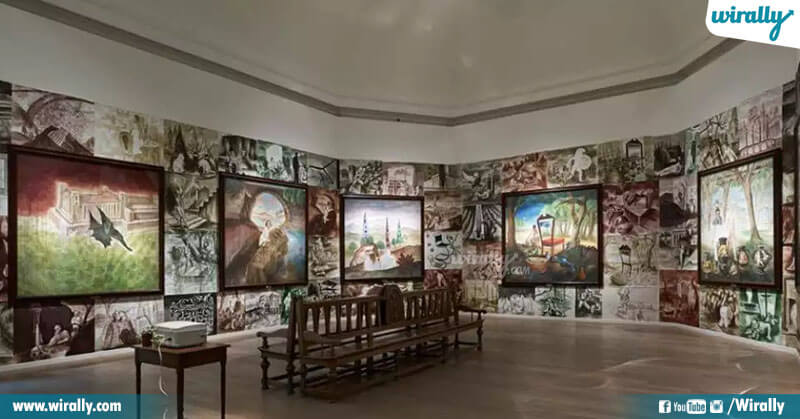 The national gallery of modern art located in Vasanth Nagar, Bengaluru will leave you surprised with its great collection of paintings of prominent painters of Indian Culture such as Nicholas Roerich, Amrita Sher-Gil and Jamini Roy. It also has sculptures, early Photography and graphic prints that have shaped the modern movement of India. Bangalore or Bengaluru do have good places with a fine collection of paintings, art and architecture. This is one such place where you can broaden your horizons with its ultimate history. 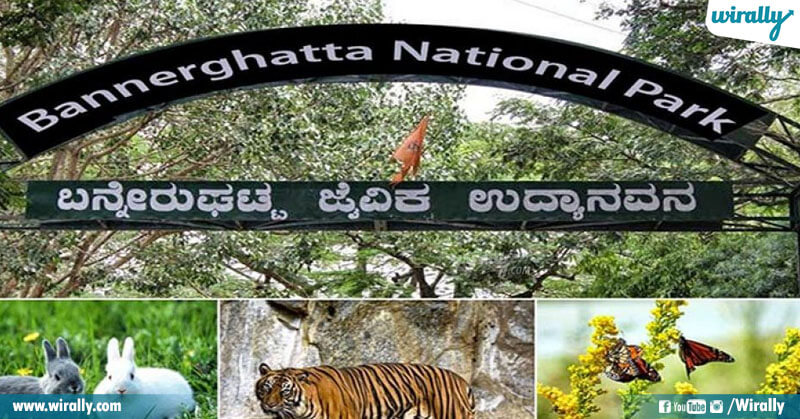 Animal Lovers and photographers get captivated by this place easily. Bannerghatta National park is located near Bangalore, karnataka is one the must visit places in Bangalore. This National park is maintained by the government and offers exciting safaris giving visitors a glimpse of the famous Bengal Tiger, Elephants and many more. There is a Zoo and aquarium here in the park along with the spine-chilling snake house and butterfly yard. This place is one of the major attractions for the travelers. 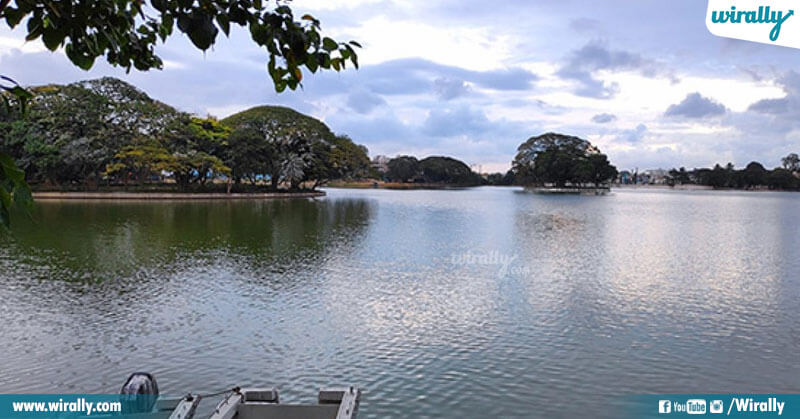 Ulsoor lake or Halasuru lake is one of the biggest lakes in Bengaluru located on the eastern side of the city. This place is popular for boating and immersion of Ganesh idols. This lake spread across 125 acres was built by Kempegowda II. 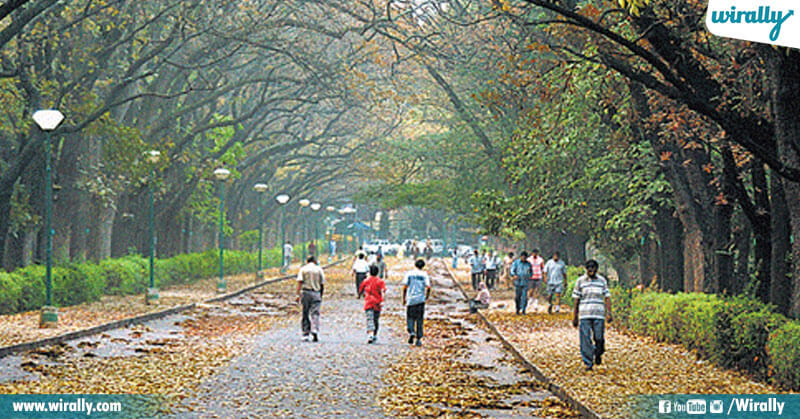 Cubbon Park is one of the best places to visit in Bangalore. It was built by Richard Sankey, the chief engineer of Mysore. This beautiful park is spread among an area of 300 acres. The park has many statues of famous personalities like Chamarajedra Wodeyar, Queen Victoria, Sir Mark Cubbon, K.Sheshadri Iyer etc. It also has some classic buildings like the Government Museum, Doll Museum and many more.