Celebrities are always under high scrutiny by the public and especially the media. They tend to keep their body in good shape for their fans as well as for their own health, which has even led some to sacrificing meat and dairy from their diet. Here are 16 Indian celebrities who you may or may not know are strictly vegetarian – 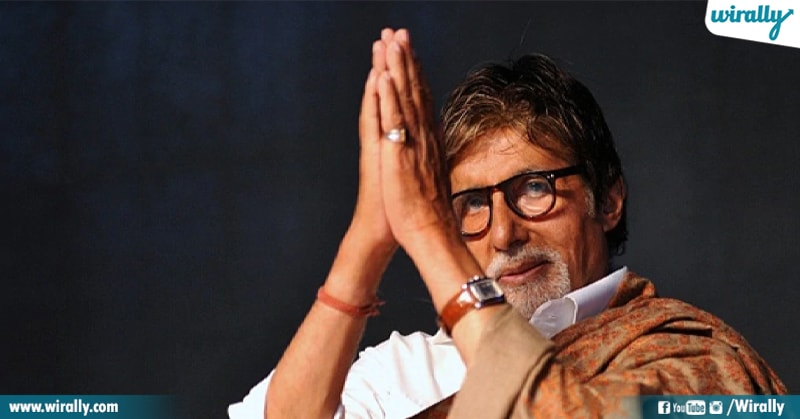 The Shahenshah of Bollywood who is currently in his late 70s is a vegetarian by choice and has not touched meat since several years. The organization, PETA has also rewarded him with the most popular vegetarian celebrity in India award. Thus organization also named him the hottest vegetarian celebrity several times. Big B has also given up smoking, alcohol, coffee and even tea. No wonder he is able to get so much done in a day and is fit and active even today. 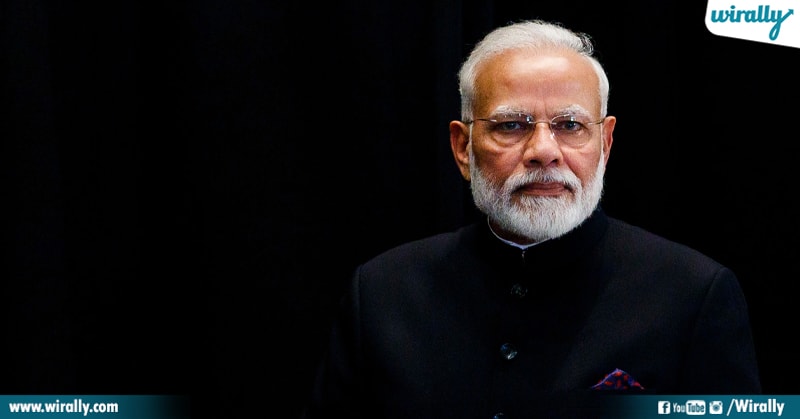 The celebrated Prime Minister of India has been vegetarian by birth. His vegetarian state dinner in USA with the American president Barack Obama had made a lot of headlines. So much so that during his UAE trip, Indian chef Sanjeev Kapoor was flown in to Dubai just to cook a special vegetarian meal for NaMo. 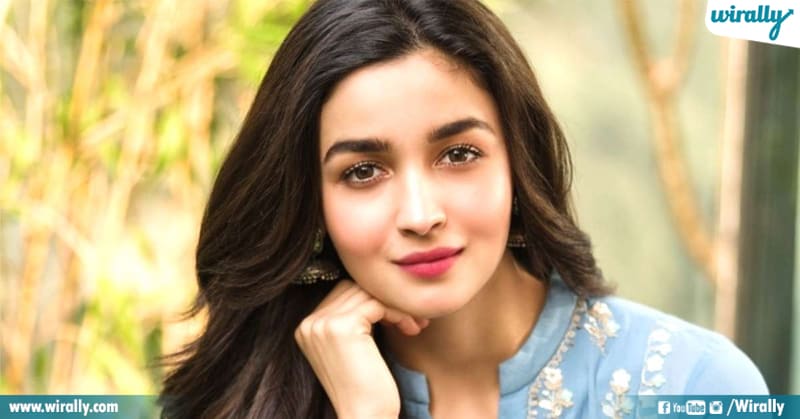 Alia is the latest entrant to the vegetarian club in Bollywood. Though she enjoyed the lifestyle, she gave it up altogether and turned vegetarian. She seems to be loving the lifestyle change. The happiest after this transformation is her father, Mahesh Bhatt who has been a vegetarian since several years. Her no-meat plan is going to keep her healthy for life. 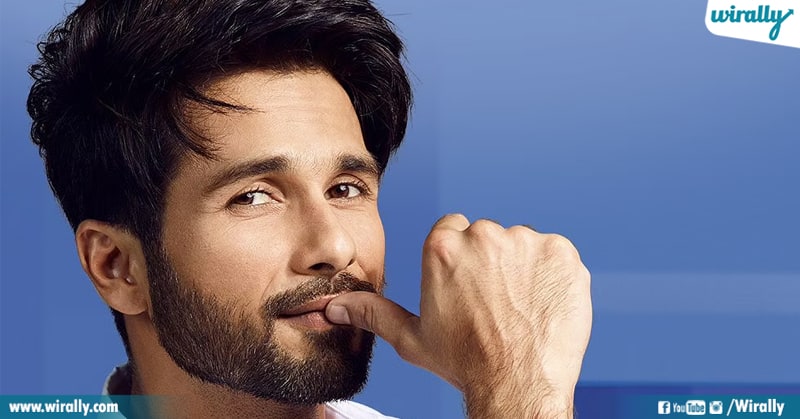 One of the most avid supporters of vegetarian food, Shahid Kapoor, has been a vegetarian since years. Rumour has it that he even motivated his ex-flame, Kareena Kapoor to adopt a vegetarian lifestyle. The book Life is Fair, by Bryan Hines which was gifted to the Bollywood star by his father Pankaj Kapoor is the reason he turned a vegetarian. 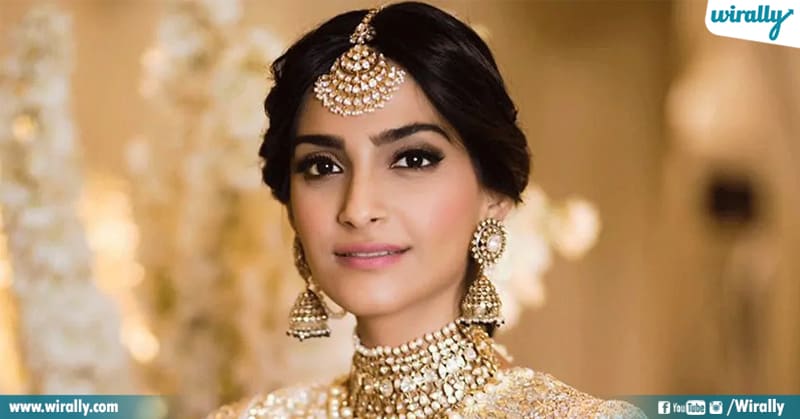 Sonam Kapoor gave up eating meat a few years ago but she recently also turned vegan. The actress who loved seafood and curd, gave up dairy and meat to better her health. She is in better shape now. Sonam turned vegan when her doctor advised her that her body was not reacting well to dairy. She decided to give it up for a healthy diet. The actress claims that being a vegan has helped her attain the healthier and fitter lifestyle she is experiencing now. 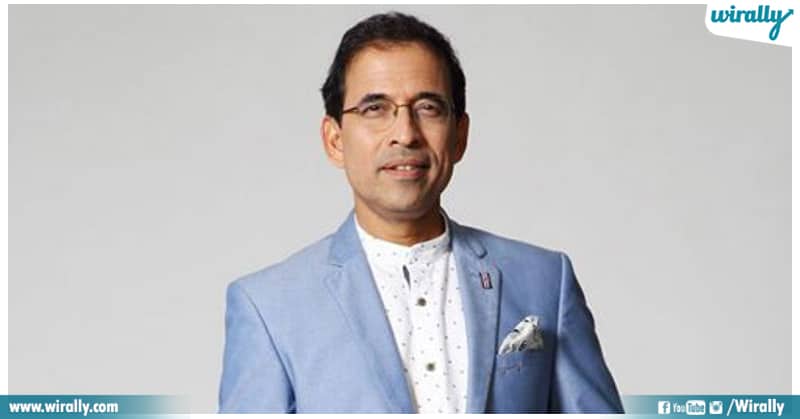 The most popular face in the world of cricket commentary, Harsha Bhogle has been vegetarian since the age of 17. Harsha has been a vegetarian by choice, and decided to take this path after walking through a lane of meat shops. Interestingly, no one in Harsha’s family is a vegetarian. 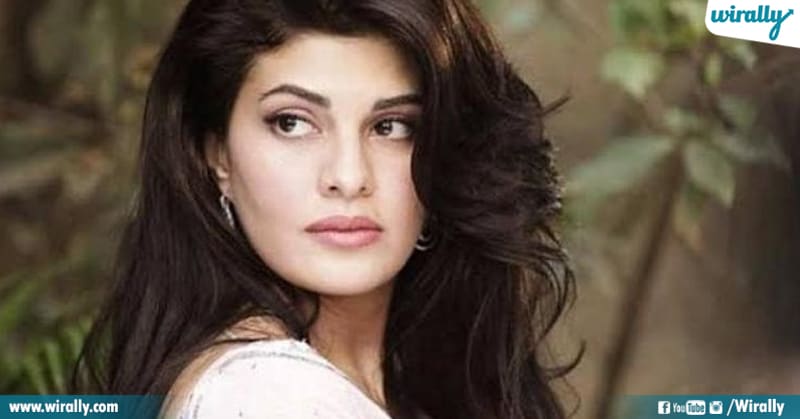 The Sri Lankan beauty has recently adopted a vegan lifestyle and has been happily following the diet. She went completely vegan so as to do her bit in protecting the environment and safeguarding her health. She loves organic food and is about to open her restaurant in Mumbai that will serve sumptuous, healthy meals. Jacqueline is vegan because she is against animal cruelty. The actress is pretty active in taking up social causes and supporting NGOs that are doing their bit. She has also stepped forward in asking her fans, family and friends to follow a similar lifestyle. 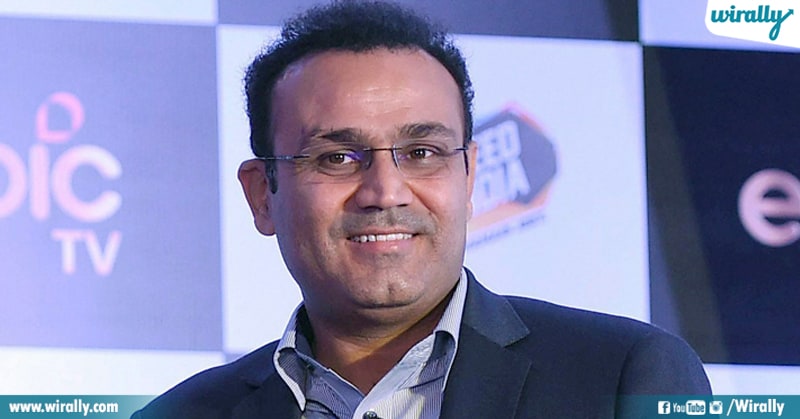 While this strong Indian Batsman may seem like he gets all that strength from eating meat but actually Sehwag is a pure vegetarian. His daily diet only includes vegetarian food items and he simply loves eating kheer. Sehwag also owns a few vegetarian restaurants, one of them being Sehwag’s favourite in New Delhi. 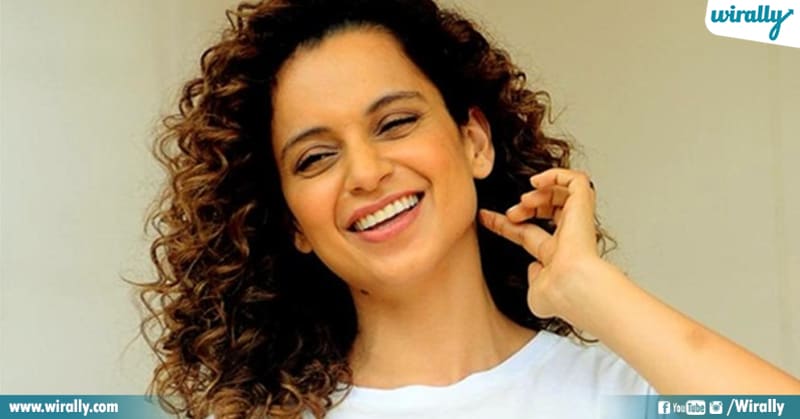 While Kangana is known for her brilliant acting and latest controversies what one may not know is that the Himachal girl is also a vegetarian-turned-vegan. Kangana first turned vegetarian but soon realised that dairy products did not suit her and often resulted in acidity. So, she decided to give them up and turned vegan instead. She had also been awarded with sexiest vegan of the year by PETA a few years ago. 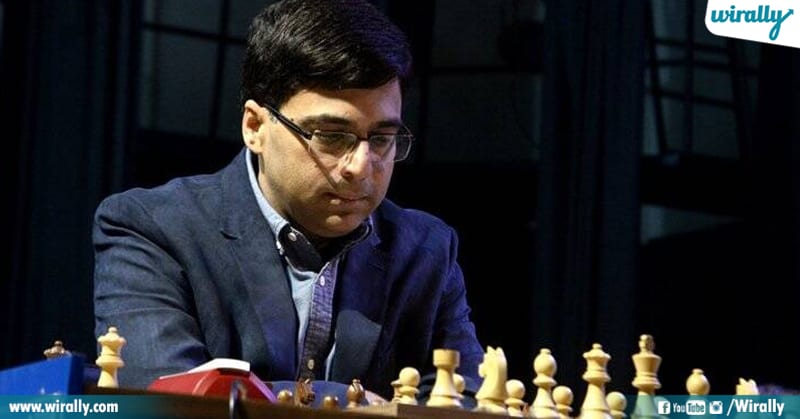 Indian world chess champion, Viswanathan Anand is also a vegetarian by choice. Anand does not shy away from attributing all his success to the strict diet that he follows. According to him, he does not get mentally exhausted because he follows a meat-free diet. The vegetarian chess master is certainly the best in his field. 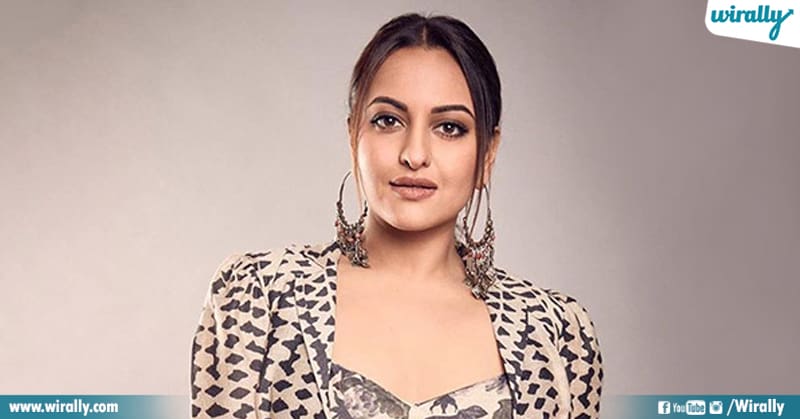 Sonakshi Sinha is someone who adores animals and it is for this reason that the actress turned vegan. She wants animal cruelty to end and is doing her bit for it. She lost oodles of weight after turning vegan and is in great shape. The actress confessed that a vegan diet helped boost her metabolism. 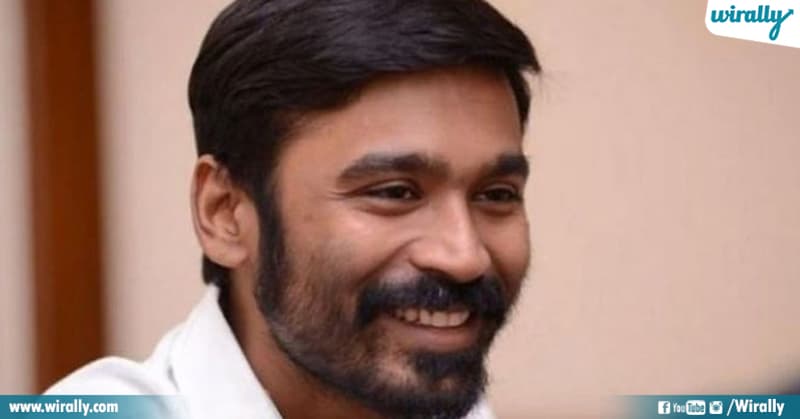 This south Indian heartthrob who has also taken Bollywood by storm, follows a vegetarian diet. Not only this, the Ranjhana star is also an active promoter of vegetarianism. In the year 2011, the Kolaveri Di singer was awarded as the hottest vegetarian by PETA. Popularly known as Rajnikanth’s son-in-law, Dhanush believes in eating no meat products. 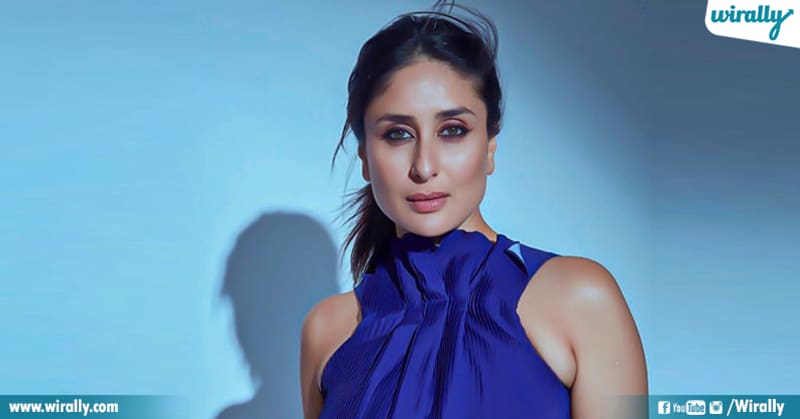 Kareena has left no stone unturned by being the most glam and fit actress of Bollywood. This sexy actress gave up the non-vegetarian appetite to embrace a far healthier lifestyle by including only vegetarian in her diet. She has said that she loves home-cooked food a lot compared to outside food and stopped being a non-vegetarian several years ago. Being a mom and a celebrity definitely takes a toll on your body and Kareena sets the best example to maintain that perfect figure. 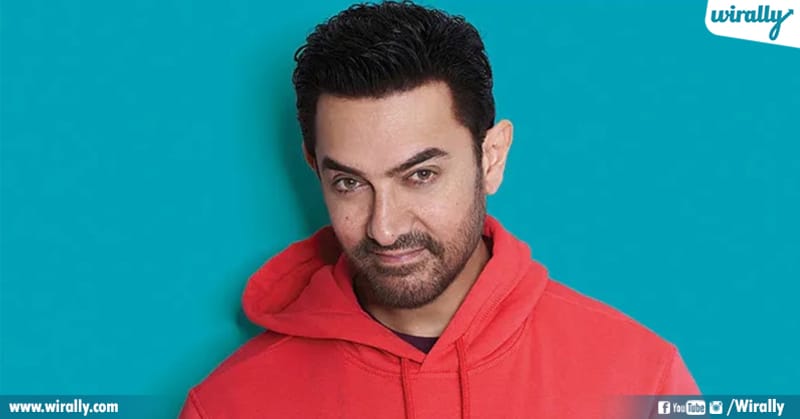 The most versatile actor of Bollywood, Aamir Khan, has also decided to follow the path of vegetarianism. Just before his 50th birthday, the Lagaan star announced that he will follow a vegan diet . It was after his wife Kiran Rao, showed him a video of 15 popular diseases and what diet to follow to prevent them, Mr. Perfectionist decided to go meatless as well. 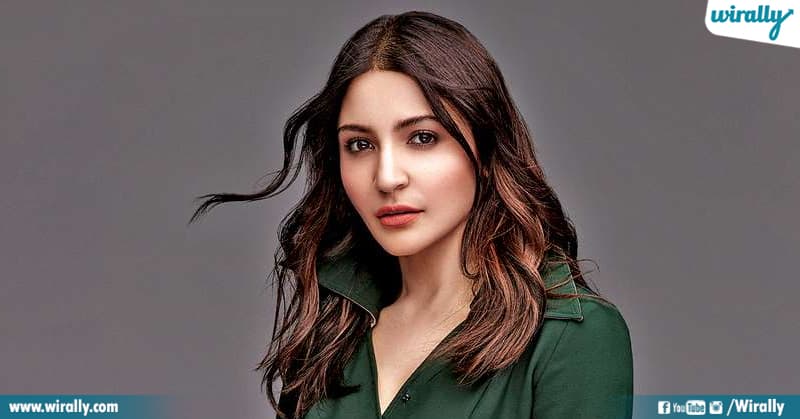 Anushka Sharma had the cutest reason to turn a vegetarian, she did so because of her pet dog. Dude, her dog, does not like the smell of meat and non-vegetarian dishes. The actress then recently decided to give meat up for the dog and is pretty happy leading a vegetarian life. 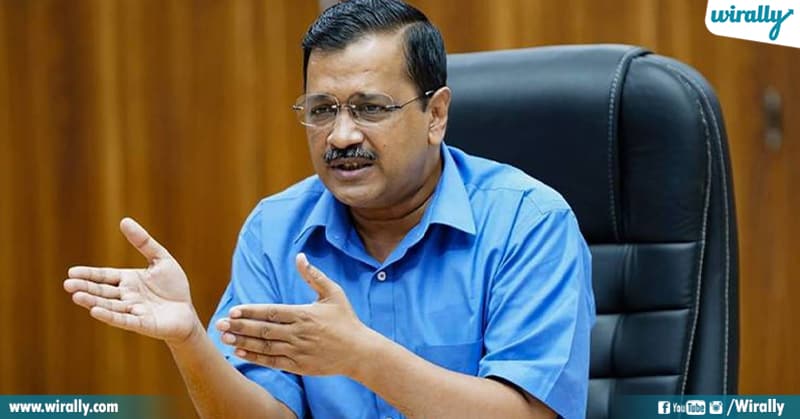 Delhi’s CM Arvind Kejriwal has been a lifelong vegetarian. While he did try eating meat for several months, he was repelled by the taste and smell. Kejriwal usually prefers non spicy food as he finds it too difficult to handle chillies. On the move, Kejriwal likes munching roasted gram and moong dal when he is traveling.