Films are extremely popular in India, it was reported that over 2000 films are produced in India every year in various languages, more than any other country. The demand for films is at an all-time high, and fans are willing to spend their hard-earned cash, in hopes of seeing their favourite heroes on the big screen. Over the years, Indian films have gained international attention too, and as a result, producers are spending much more than they ever did of visual effects and marketing, In the recent years, we have seen Indian films with humongous budgets and stellar marketing that have gone on to shatter Box Office records. We have made a list of the Top Movies, with the highest day-one collection. 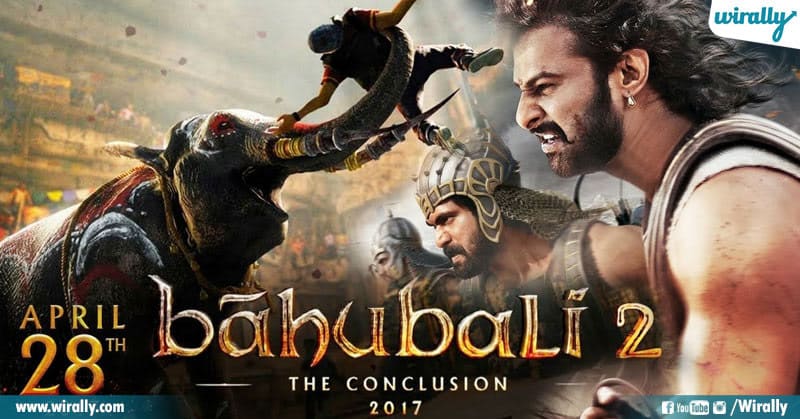 Baahubali 2: The Conclusion is an epic action film directed by S. S. Rajamouli. It is the second film in the Baahubali franchise, and the follow-up to Baahubali: The Beginning. The film stars Prabhas, Rana Daggubati, Anushka Shetty and Tamannaah in the lead roles, as it tells the tale of two brothers who are rivals, and explains why Kattapa killed Baahubali at the end of the first film. Baahubali 2: The Conclusion was made on a budget of ₹250 Crores, and went to gross over ₹1,800 Crores Worldwide to become the second-highest-grossing Indian film of all time. The film opened to a tremendous reception, with it grossing ₹121 Crores In India, On its opening day, the highest for any film. The worldwide gross of the film on its opening day was over ₹217 Crores. It is also the highest-grossing film in India, as it grossed over ₹1429 crore during its theatrical run, making it the only film to gross over ₹1000 crores in India. 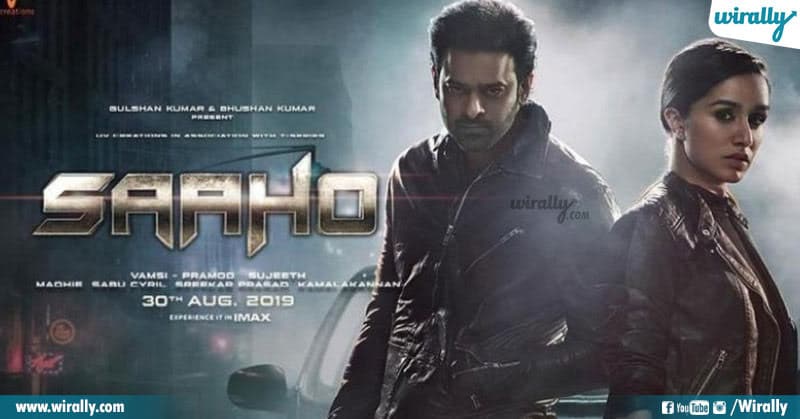 The second movie on the list of Highest Day One Collections is Saaho, an action thriller film written and directed by Sujeeth. The film stars Prabhas and Shraddha Kapoor in the lead roles, as it tells the story of an undercover cop, who while trying to catch a smart thief discovers that the case is related to the murder of a crime lord. Sahoo was filmed simultaneously in Hindi, Tamil and Telugu on a budget of ₹350 crores, making it one of the most expensive Indian films ever made. The film was released on 30 August 2019 to mixed reviews. Despite the mixed reviews, the film was extremely successful commercially, grossing ₹89 crores in India on its opening day. The film grossed over ₹130 Crores in all languages worldwide on its opening day, the second highest-ever for an Indian film. 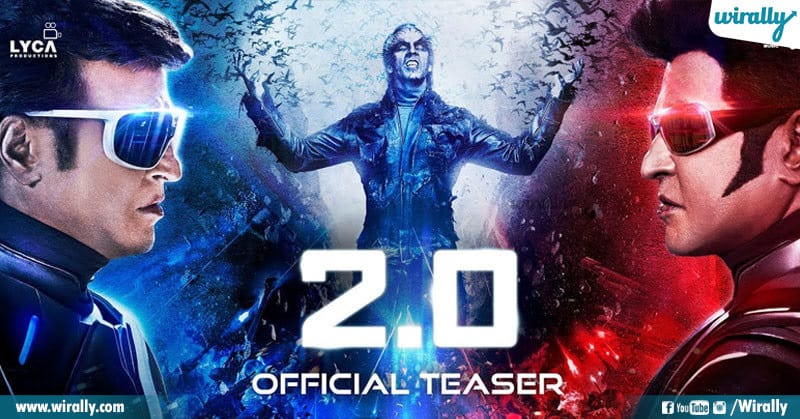 The second instalment in the Enthiran franchise, 2.0 is a science fiction action film written and directed by S. Shankar. It stars Rajinikanth, Akshay Kumar and Amy Jackson in the lead roles. Made on an estimated budget of ₹570 crores, 2.0 is the most expensive Indian film ever made. It is also the first Indian film to be natively shot in 3D. The film was released worldwide on 29 November 2018, in 3 languages (Tamil, Telugu and Hindi), to positive reviews. It went on to earn ₹117.34 crores worldwide on its opening day, the third-highest ever for an Indian film. The film went on to gross over ₹631 Crores in India, making it the second highest-grossing film in India. 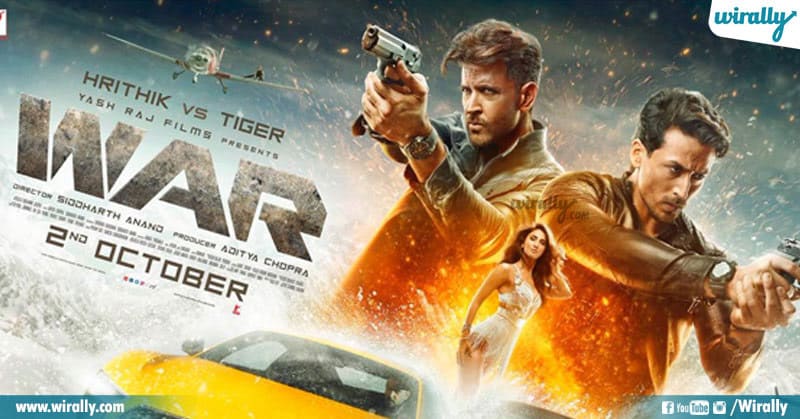 War is an action thriller film directed by Siddharth Anand. The film stars Hrithik Roshan and Tiger Shroff in the lead roles, as the film tells the story of an Indian soldier, who must now eliminate his former mentor who has gone rogue. Made on a Budget of ₹170 Crores, War was released on 2 October 2019 in Hindi, Tamil and Telugu to positive reviews, with many appreciating the action sequences and the visuals of the film. War was a huge box office success, with it grossing ₹53.35 crores on its opening day setting a new record for the highest opening day collection made by a Bollywood film in India. It went on to gross over ₹475 Crores worldwide, making it the highest-grossing Indian film of 2019. 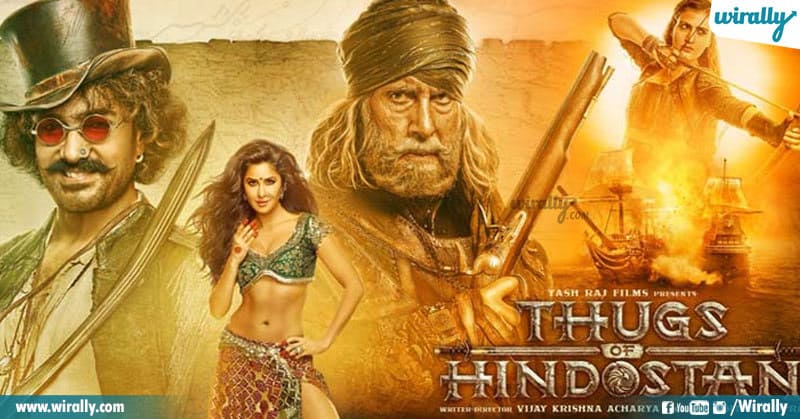 Thugs of Hindostan is an action-adventure film written and directed by Vijay Krishna Acharya. The film features an ensemble cast of Amitabh Bachchan, Aamir Khan, Fatima Sana Shaikh and Katrina Kaif. The film tells the story of a band of Thugs led by Khudabaksh Azaad, who aspires to free Hindostan from the British East India Company. Made on a budget of ₹220 Cores, Thugs of Hindostan is one of the most expensive Indian films ever made. The film was released on 8 November 2018 to mixed and negative reviews. Despite its mixed reaction, the film did well at the Box Office, It managed to earn ₹52.25 Crores on its opening day, the highest for any Bollywood film at the time, and currently second highest. The film grossed ₹320 crores Worldwide, during its theatrical run. 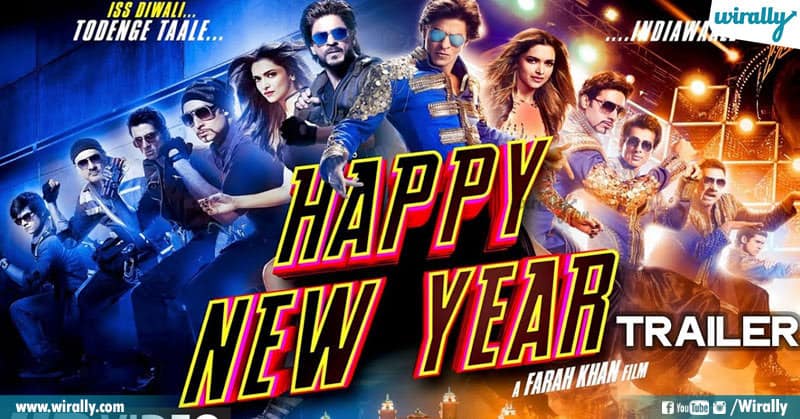 Happy New Year action comedy film directed by Farah Khan. The film has an ensemble cast of Shah Rukh Khan, Deepika Padukone, Abhishek Bachchan, Sonu Sood, Boman Irani, Vivaan Shah and Jackie Shroff, as it tells the story of Charlie, who assembles a team of non-dancers to take part in a dance competition to pull off a heist. Made on a budget of ₹150 Crores, Happy New Year was released on 24 October 2014 in three different languages: Hindi, Tamil and Telugu to average reviews. The film went on to gross ₹44.97 Crores on its opening day, setting the record for the highest first-day collection made by an Indian Bollywood film at the time. The film went on to earn ₹377 Crores worldwide, during its theatrical run. 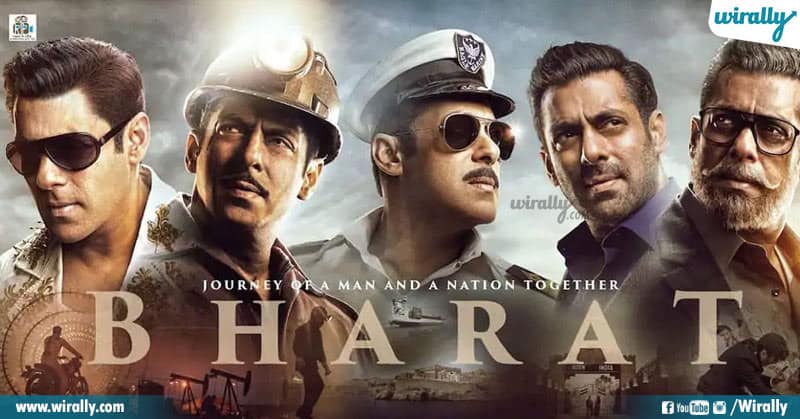 Based on the 2014 South Korean film Ode to My Father, Bharat is an Indian drama film written and directed by Ali Abbas Zafar. The film stars Salman Khan, Katrina Kaif, Sunil Grover, Disha Patani and Jackie Shroff, as the story follows the life of a common man from the age of 8 to 70 in the post-independence era of India. Bharat was released on 5 June 2019 and received mixed reviews from critics. Made on an estimated budget of ₹100 Crores, the film went on to earn ₹42.30 crores on its opening day, becoming Salman Khan’s biggest opening day release. It went on to gross ₹325 Crores at the box office during its theatrical run, making it highly successful.