The South Indian Cinema has become a force to reckon with, no longer is it considered an underling to Bollywood. In fact, it has been rivalling with the Hindi Film Industry head to head for the right of being the undisputed kings of film making and has been constantly putting out a countless number of gems that are a sight to withhold, both in technical as well as the storytelling departments.

The Cinema of South India has a long and rich history, and are some of the oldest film industries in the country. Over the years, we have seen the rise of the South Indian Cinema, that has slowly but surely gotten the worldwide appeal that it deserves. We have also seen the rise of superstars, who have gone on to become household names, and are some of the most popular Indian Celebrities.

And though making a limited list of the very best movies out of the uncountable classics that are present might seem like an impossible task. We have decided to make a list of films that we think are the best that South India has to offer.

These films have not only revolutionized the South Indian Cinema, but they have revolutionized film making in India, and have played a crucial role in bringing the industry to where it is today. So, let us take a look at the Top South Indian Movies Of All Time. 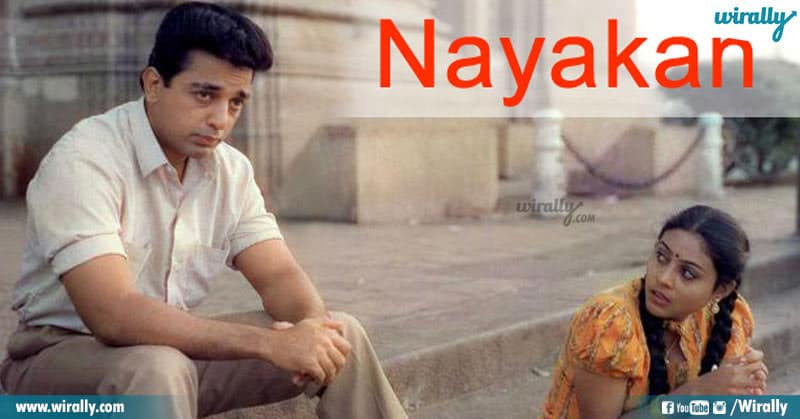 Nayakan is to Tamil Cinema, what The Godfather was to Hollywood. Directed by the legendary filmmaker Mani Ratnam, Nayakan is a Gangster film starring Kamal Haasan and Saranya in the lead roles, the film is loosely based on the life of the Bombay underworld don Varadarajan Mudaliar, as it tells the story of a young boy Sakthivel and how he becomes the most feared gangster of Mumbai. The film is often considered as one of the greatest films ever made, and it solidified Mani Ratnam as one of the best directors and storytellers in the film industry, the film went on win several awards including two National awards for Best Cinematography and Best Art Direction. 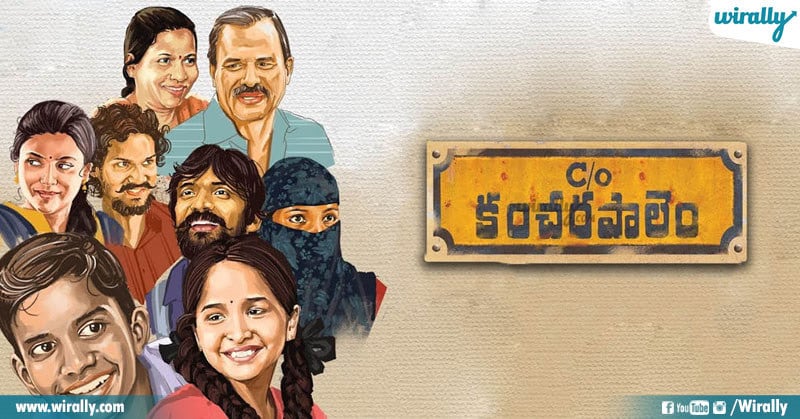 Written and directed by Venkatesh Maha. C/o Kancharapalem features over 80 non-actors, most of them native to the town of Kancharapalem, as it tells four unconventional love stories set in the town. What makes the film unique is that it does shy away from covering several heavy topics like religion, love, sex and humanism elegantly. The small town of Kancharapalem is beautifully brought to life, and all the actors do a commendable job in their performances. The Direction is top-notch and the background score stays with you long after the credits roll. Care of Kancharapalem is an experience that you won’t forget, it is refreshingly new and unique and yet simple and brilliant. 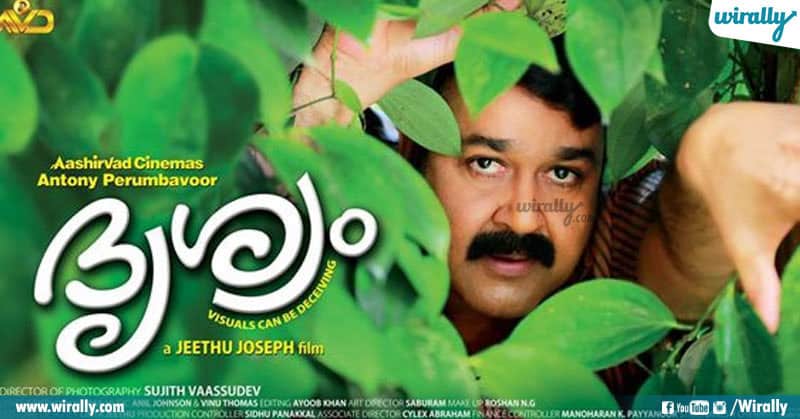 This Malayalam crime drama thriller film was so influential and successful, that it was remade into four other Indian languages: Hindi, Kannada, Tamil, and Telugu and was also the first Indian film to be remade in Chinese. The film single-handedly brought Malayalam film Industry a worldwide appeal and was also the highest-grossing Malayalam film at the time of its release. The film has a beautiful story that is full of suspense and twists. You’ll find yourself getting emotionally attached to characters and the way that the story plays out will keep you on the edge of your seat. If you are looking to watch a Malayalam film, then this should be on the top of your list. 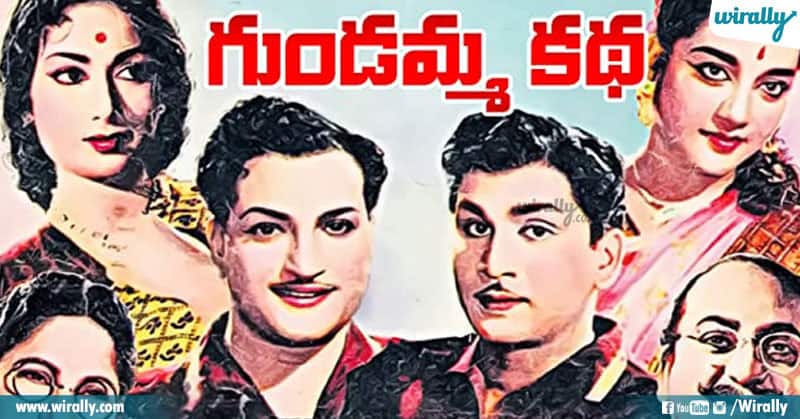 Often considered as the greatest Telugu film of all time, Gundamma Katha is an all-time classic of the Telugu Film Industry. Partially inspired by William Shakespeare’s comedy The Taming of the Shrew, directed by Kamalakara Kameswara Rao, the film stars N. T. Rama Rao, Akkineni Nageswara Rao, Savitri, and Jamuna in the lead roles, as the story revolves around a rich widow named Gundamma and her two children and a stepdaughter who she mistreats, two brothers decide to teach her a lesson. Releasing in 1962, the film has gone on to gain cult status, and is regarded as one of the most influential films of all time, and is still considered a gold standard by which all comedy films are judged. 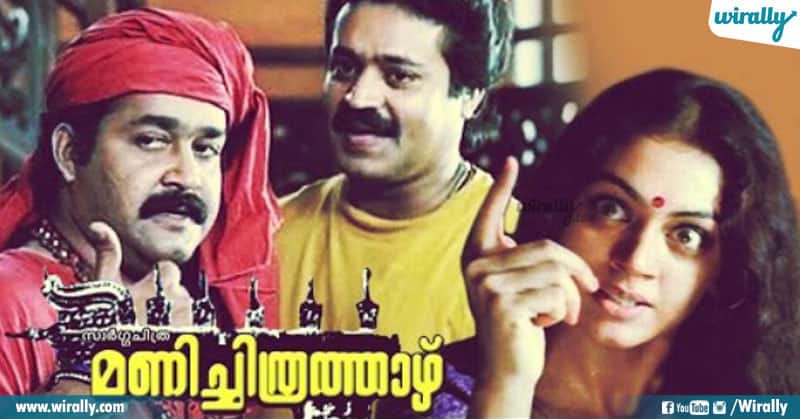 Though you might know the story through its modern adaptations like Chandramukhi or Bhool Bhulaiyaa. Manichitrathazhu was the original film that brought us the famous horror story. Directed by Faizal, the film was a breath of fresh air at the time of its release, Indian Cinema had not seen such a concept ever, the film was completely unique and different to the usual films we were used to. The film has since attained cult status and is widely regarded as one of the finest Malayalam films of all time. The film has since been remade in four languages: Kannada, Tamil, Bengali and Hindi. 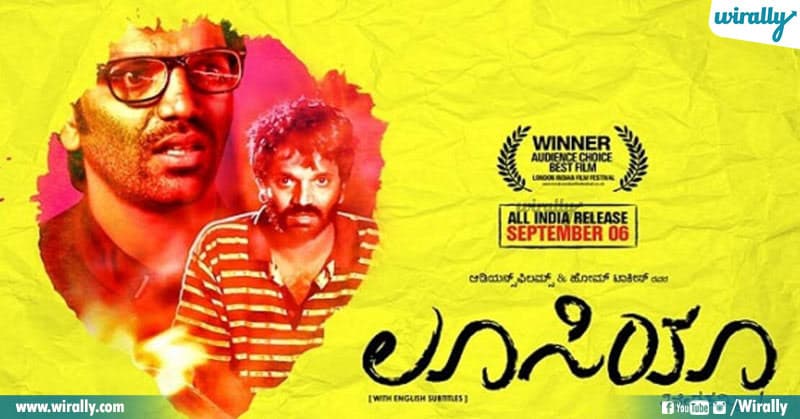 This romantic psychological thriller tells the story of an insomniac, and how his life changes when he is tricked into buying a drug that leads to daydreaming. The film made history at the time of its release, as it was the first Kannada film to be crowdfunded. The film had a unique premise, one which was both new and fresh. The film was insanely successful and won several accolades, and was among the films shortlisted by the FFI to become India’s submission for Academy Award for Best Foreign Language Film for the year 2013. 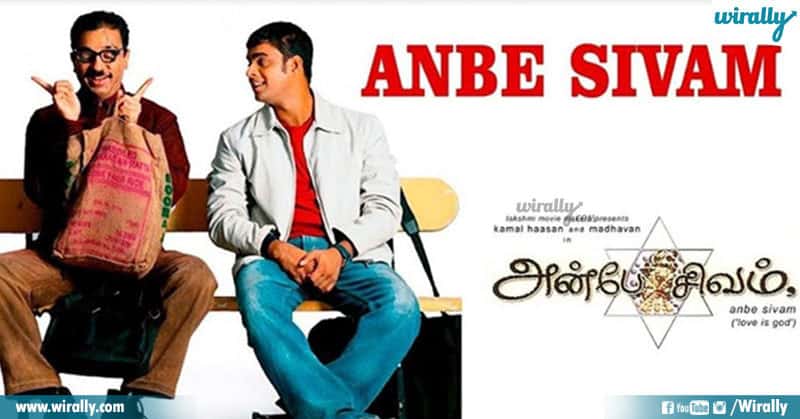 Anbe Sivam might just be the greatest Tamil film ever made. Directed by Sundar C, the film stars Kamal Hassan, along with Madhavan and Kiran Rathod in the lead roles. The film tells the story of two men on an unexpected journey from Bhubaneswar to Chennai and the difficulties they face due to their contrasting personalities. The film was released on 15 January 2003 to positive reviews, with many praising the humour and story of the film. The film failed to perform well at the box office, however over the years, has gained legendary status, and is now regarded as one of the classics of the Tamil Film Industry. 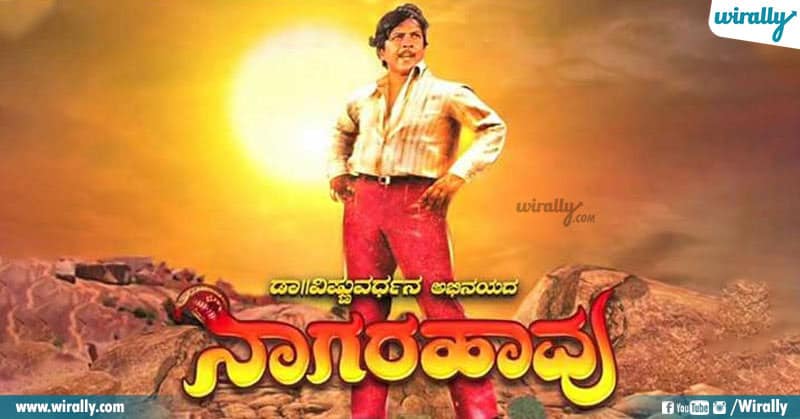 Based on T. R. Subba Rao’s famous novels, Naagarahaavu might be the most influential film in the Kannada film industry. The film launched the careers of Vishnuvardhan and Ambarish who eventually went to become the leading actors in Kannada cinema. The film was a huge success and was the first Kannada movie to complete 100 days in three centres. The film is still a great watch in 2020 and is one of those films that have aged well considering the time it was released at. If you are looking for an all-time classic that has a beautiful story and great direction, then this Kannada film is for you.

Top 10 Biggest Film Openings In India Within 5 Days Of...

Top 10 Biggest Film Openings In India Within 5 Days Of...

10 Times Our South Indian Stars Comments On Bollywood That Became...

List Of Movies That Sold The Highest Number Of Tickets In...