Hacks are great, they make our lives much, this is especially true when it comes to food, few hacks make cooking easy and fun when they work correctly, but there are several hacks which are extremely popular but don’t actually work, in fact they make your work much harder, in this article, we will be taking a look at some of the food hacks which are useless and you should ignore.

Using a bottle to separate the egg yolk 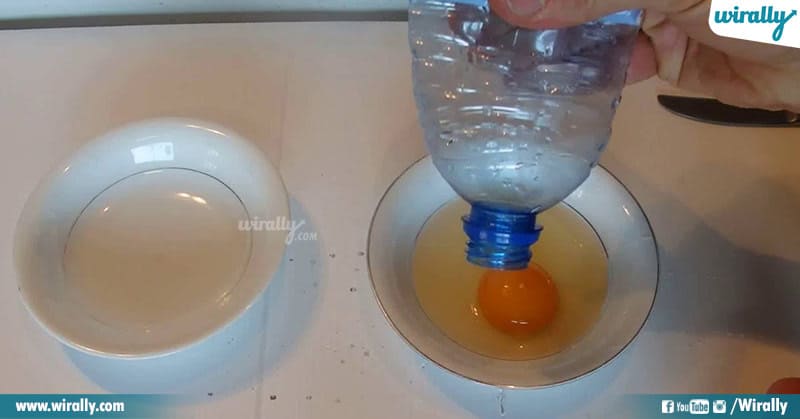 We have all seen this hack, using an empty water bottle to suck out the yolk and separate it from the whites, however using the bottle might break the yolk as it is sensitive, and it’s easier to separate the yolk using egg shells or your hands.

Adding oil to boiling water to prevent pasta from sticking 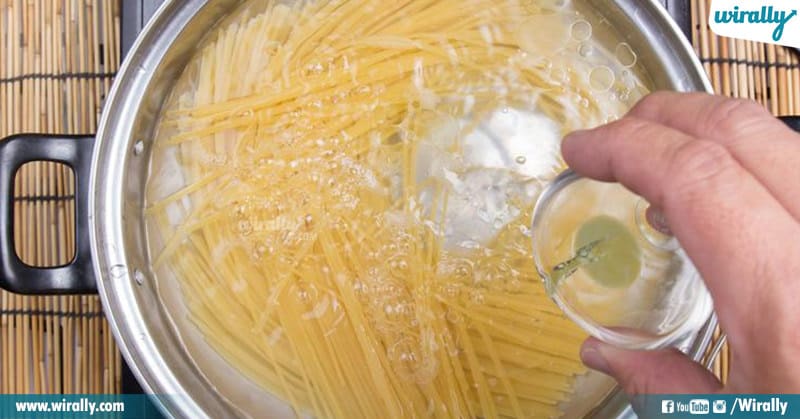 Pasta tends to stick because it contains starch, you might think that adding oil can prevent pasta from sticking, but this is not the case, because oil never mixes with water, so it will only work with the pasta at the top, this will also cause the sauce to slide off the pasta while mixing.

Taking out the seeds from chilies to make them less spicy 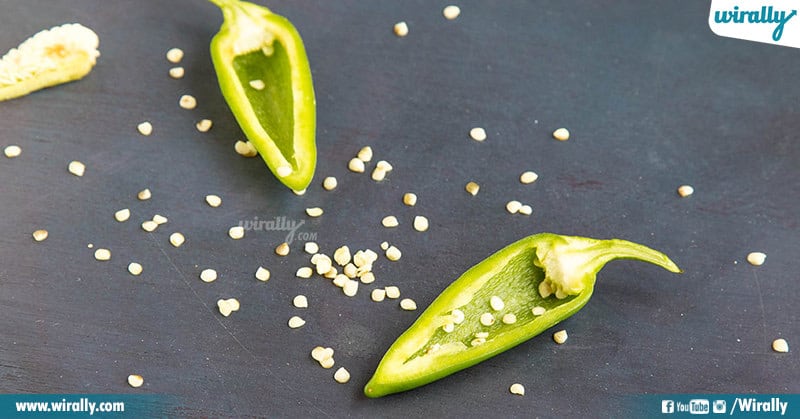 Many people think that taking out the seeds from the chilies will make it less spicy, however, the hotness and spice of the chili is in the white membrane, the seeds contain no spice in them, and taking them out will do nothing.

Storing bread in the fridge to keep it fresh 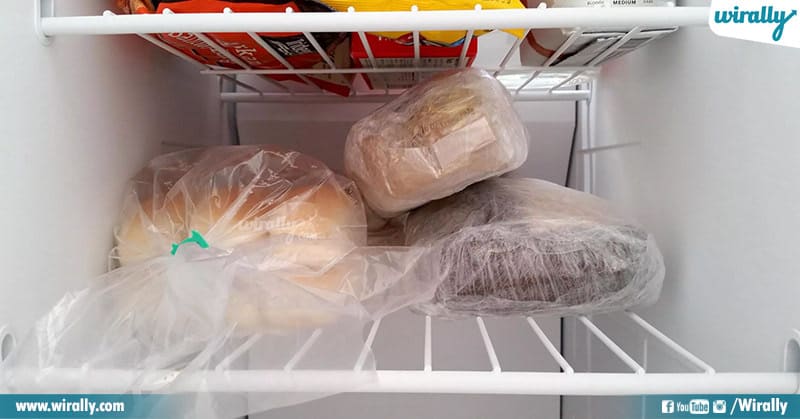 Storing bread in the refrigerator might slow down the growth of mould, but it also increases the rate at which it goes stale, also makes the bread super hard, keeping it in the fridge will have no effect on the bread. 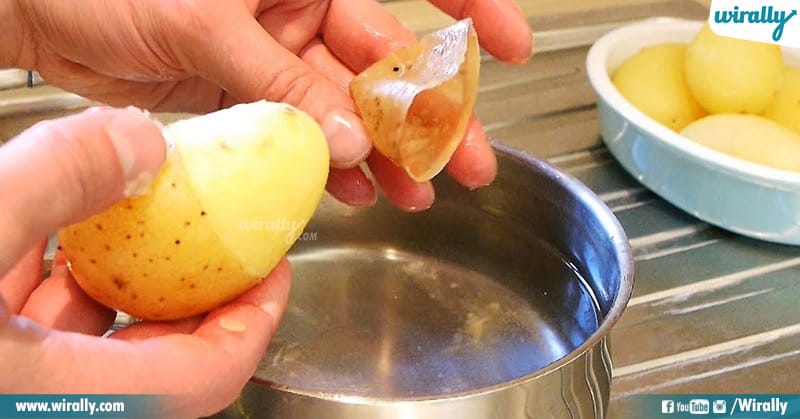 Blanching is a cooking process where a vegetable or fruit is put in boiling water, removed and then finally plunged into iced water and then peeled, though this process works great for tomatoes and bell peppers, blanching doesn’t work for potatoes, peeling them before boiling is much easier.

Using a wooden spatula to prevent the pot from overflowing 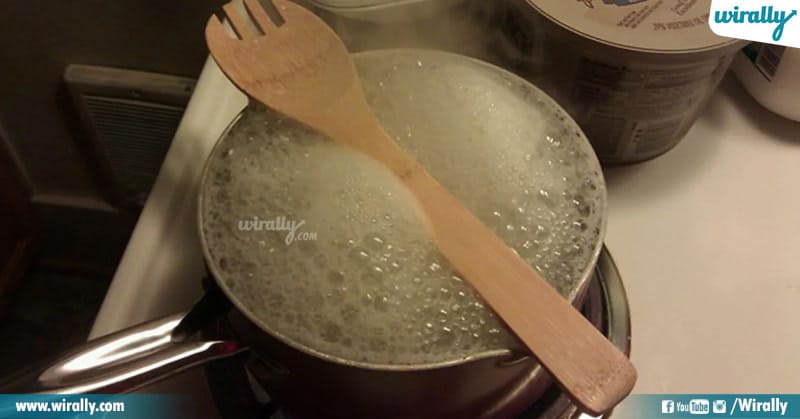 One of the most popular hacks out there, but using a wooden spatula over a pan or pat is only going to delay the boil from overflowing for a second, it eventually is going to overflow if you don’t turn off the gas immediately.

Soak Onions in water, before cutting to avoid tears 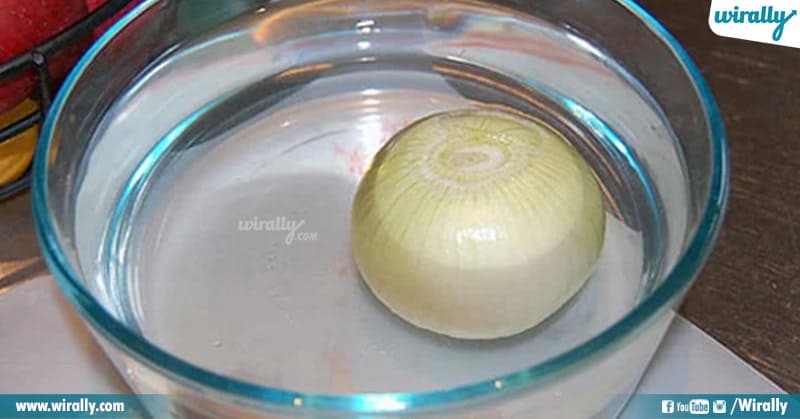 The real reason you cry while cutting onions, is because a certain chemical is found in the juice of the onions which is produced while cutting it, this chemical stimulates the eyes and causes the tears, and no amount of soaking or rinsing can prevent this, instead use a sharp knife to reduce the juice produced. 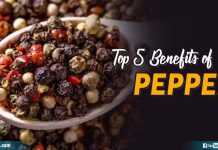 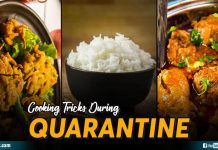 12 Simple Cooking Tricks You Need To Learn During The Quarantine Period! 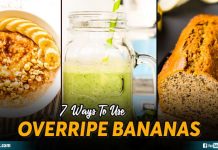 Tired Of Seeing Bananas Get Over Riped? Here Are 7 Ways To Use Them!

You Must Listen To This Reprise Of ‘Nuvvante Naa Nuvvu’. Simply...

This New Kabali Poster Simply Takes Your Breath Away!!