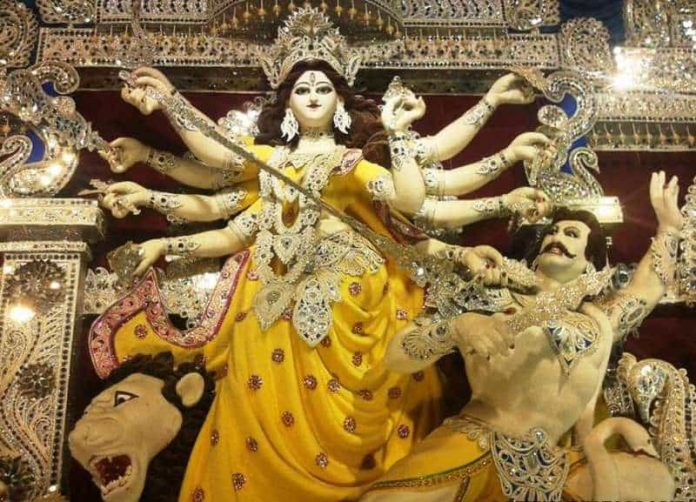 On this auspicious day of Vijayadashami, Wirally brings to you the ten most iconic Mahishasuramardinis set in stone throughout the centuries.

The earliest literary evidence of worship of Mahishasura Mardini (Killer of demon Mahisha) is in the Markandeya Purana where 700 verses are dedicated to her in the Durga Saptashati. Earliest sculptural evidence is from excavations in Mathura region from 200 BCE. Since then, while the basic iconography has been the same, variations in time and artistic styles – the number of arms, or the portrayal of the demon – sometimes as a man, sometimes as a full buffalo and sometimes as a fusion.

1. THE GUPTA PERIOD (Considered ‘The Golden Age’ in Indian History) 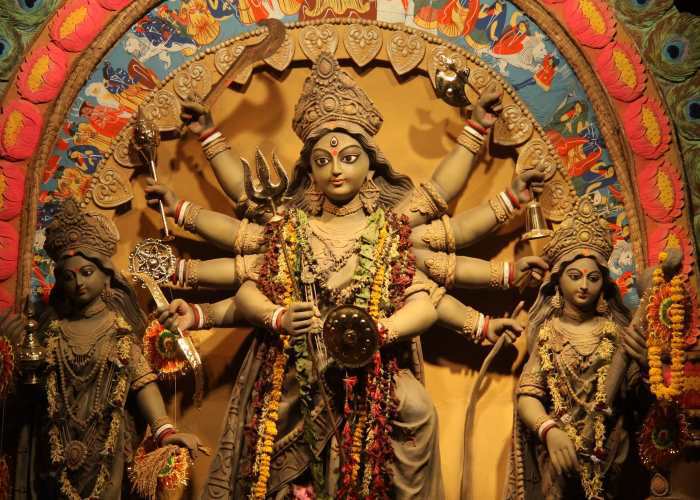 From Gupta Era, 5th century, when most forms of Gods worshiped by Hindus got crystallised. It is for a reason the period under the Guptas was called the Golden Age of India. The Gupta Empire was a patron of arts and knowledge, and most of the scholars from ancient India – Kalidasa, Aryabhata, Vatsyayana – were a product of this time. True to its age, the sculpture depicts an more basic form of the deity. The statue has four arms, all four of them engaged in battle with Mahisha. 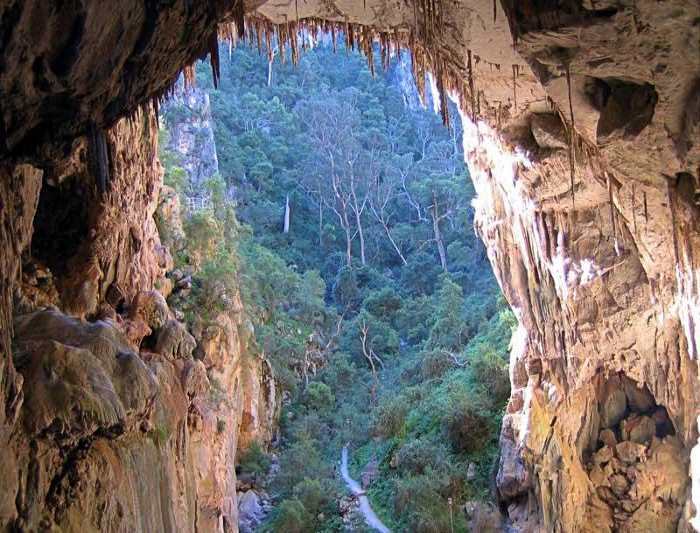 While popular iconography shows Mahishasura in the form of a man or a bull trampled under the Devi’s foot, this sculptural frieze from Mahishasuramardini Cave Temple in Mamallapuram, Tamil Nadu, shows the Goddess shooting arrows at the demon. Also, the asura himself dwarfs the Devi in size, which is quite a rarity. Mamallapuram is named after the Pallava king Narasimhavarman I (625-670 CE), who bore the title of Mahamalla or Great Wrestler/Hero.

The face of the deity differs from that of the Gupta sculptures in North India in that they are oval with high cheekbones, reflecting the phenotypes of the people that lived in the region. 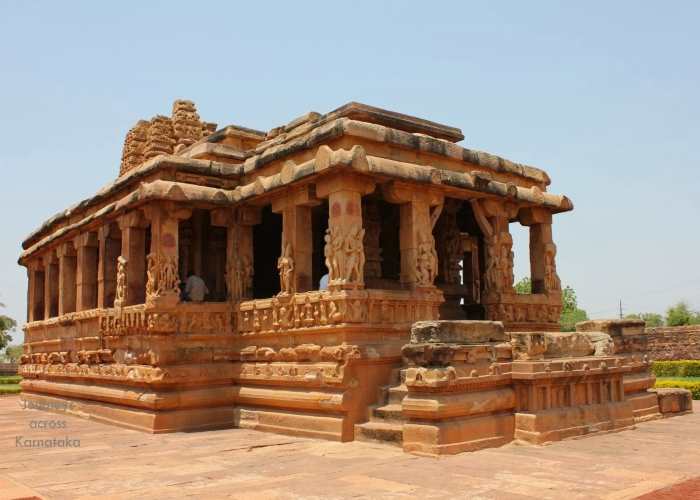 This sculpture from Durga Temple (named after a fort nearby and not after the Goddess) is situated in Aihole, Karnatka. Built in 725 CE by Chalukya king Vijayaditya, the sculpture reflects the brilliance of the artists of the time. In spite of wear and tear and destruction, the armlets on the arms reveal the detailing that went into the idol.

Kailashanatha Temple, Elapura (Ellora, Maharashtra) – 8th century, built by Rashtrakuta king Krishna I out of a single rock (akin to a 3D printing in stone). It is heartbreaking to see the sculpture defaced by iconoclasts throughout the centuries. One wonders how much more was completely lost without trace. 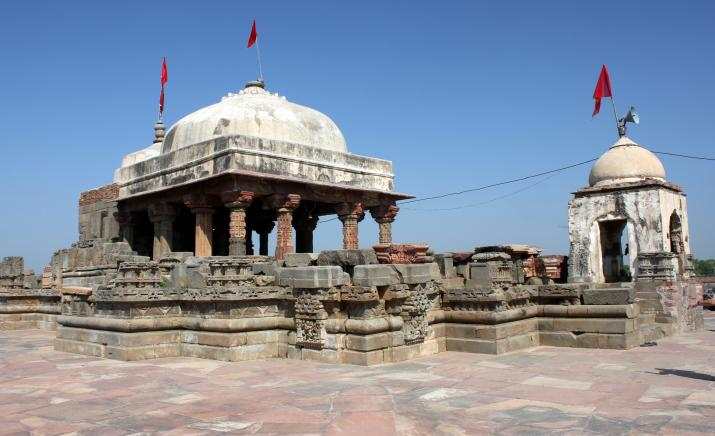 A relief saved from Harshat Mata temple in Abhanagari, Rajasthan built by the Chauhan kings in the 8th century and destroyed by Turkish invaders. The idol carries an almost dance-like poise, with the head of the demon peeking out from the neck of a buffalo. 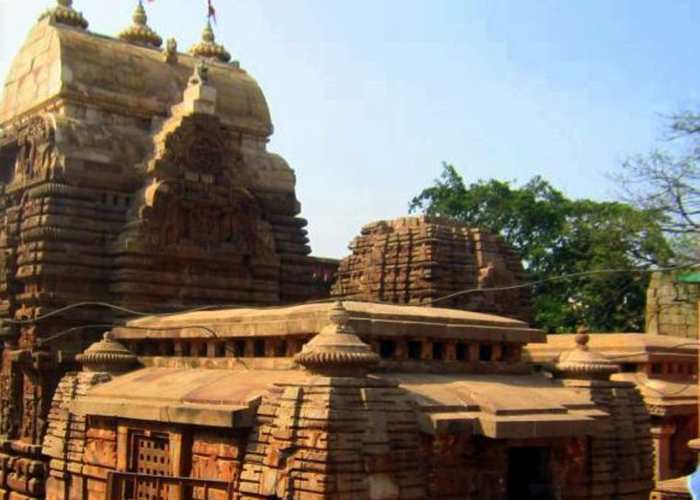 Baitala Deula is a 9th century temple in Bhubaneswar that is devoted to Chamundi, the fearsome avatar of Goddess Durga. This particular sculpture is an example of extreme detailing, as can be seen on by the figures that adorn the deity on the sides.

Rani ki Vav (Queen’s stepwell), Patan, Gujarat is a UNESCO Heritage site, a shining example of the intricate artwork of the times. The entire complex was built as a devotional as well as functional stepwell, and the image above is an example of the artwork of the times. Each of the arms in the idol carries a different weapon, and the two figurines on the side have intricate beads on their waist. Built in 1050 AD by Udayamati, widowed queen of Solanki king, Bhimdev I, Rani ki Vav is a rather unknown gem of India’s ancient past.

A temple compound that took nearly 30 years to finish construction, the Hoyasaleshwara Temple is another temple that fell into the hands of invading Muslim rulers and fell to ruin and decay. 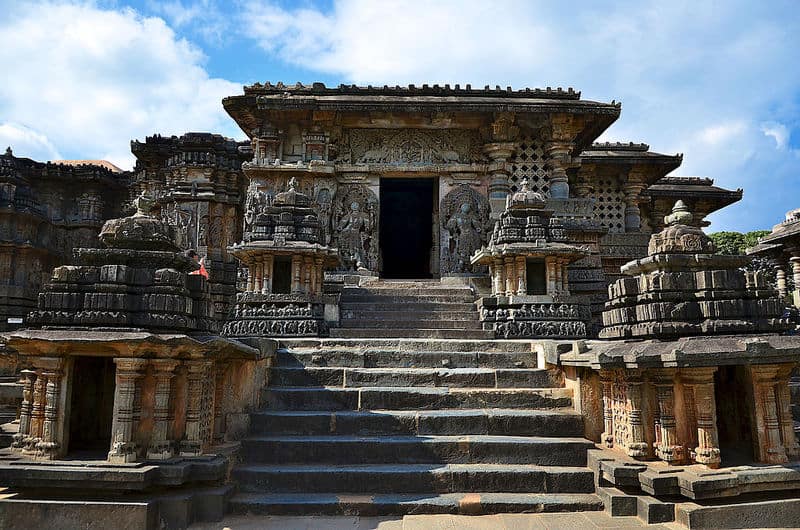 Built as a gigantic structure devoted to worshiping Lord Shiva by the Hoyasala king, Vishnuvardhana in the 12th century, the temple has been described as art historians and critics as the ‘supreme climax of Indian architecture‘. 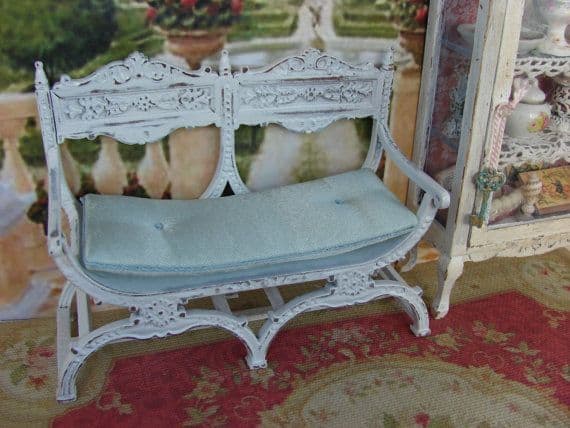 Pic by – The Met Museum

A 12th century Pala miniature in argillite stone from Bangladesh. This sculpture, no larger than a human palm, is currently housed in The Metropolitan Museum of Art in New York. The sculpture boasts of intricate artwork, as noticed in the various arms, and the weapons they brandish. 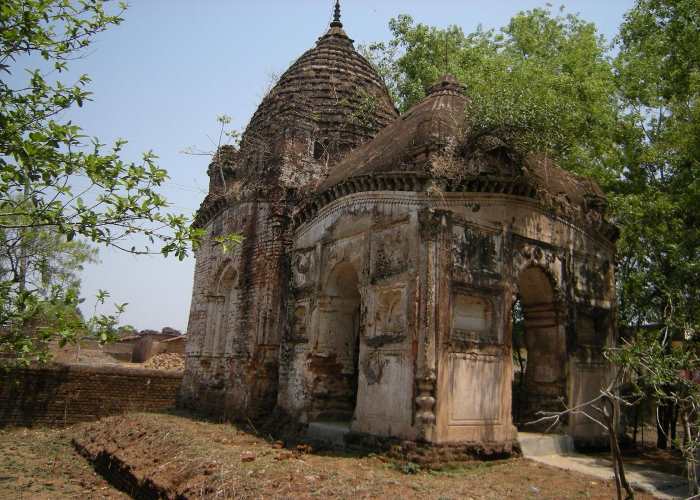 This sculpture, located in Jharkhand, India, is another example of the many ways art and sculpture was localised, rather than a monolithic, homogeneous phenomenon. While the idol has ten hands, the most interesting aspect of the idol is that the facial features of the Devi resemble those of the resident Munda tribes.

Over the years, artists, artisans and sculptures have represented the Goddess in numerous ways, reflecting the art, culture and times they lived in. The story of the demon Mahishasura, and it’s symbolism of killing the evil within, has retained its essence to this day. While many of the statues were destroyed by invaders, the deity, and the association with the festival has come down through generations. The space has been democratized today, and in every lane, every city and village, you find the deity trampling over the Buffalo Demon, bringing joy and happiness to all.