We, Indians have a special connection to spicy food. Such craze that Biriyani is our religion. Having more than 10 varieties of this dish across India, it is our pride. Especially south of India and Hyderabad. This Persian dish has more takers here. If anybody calculates the percentage of cholesterol in our bodies, 60% of it would be because of biriyani. It’s what unites us all despite of our statuses and situations.

There have been several crazy songs on this crazy dish, like “Biriyani Rap” from “The Angrez” and many more by independent artists. One such type is this new act, a parody cover of Ed Sheeran’s marvelous hit “Shape of You – The Biriyani Anthem”. This comical interpretation celebrates the love people have over biriyani in multiple situations. This crazy video features several stand-up comedians like Praveen Kumar, Sridhar Venkataramana, Ahmed Shariff, VamsidharBhogaraju, and Amit Tandon etc., playing sevral topical characters like Donald Trump, John Snow, Pablo Escobar and even playing themselves.The song is made by Bengaluru based artist Samir Mohanty aka BIG DEAL, Sung by Abhijit Gupta and Written/Directed by Ahmed Shariff. Just within a day of release, this has got over 2 million views and it’s been a rage on the social media.

We’ll grab our plate of heaven while you watch the Biriyani Anthem here: 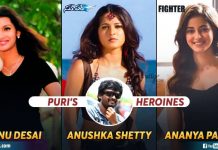