India. Pristine ground of spirituality. A land with a 7000-year old history. A land held tight to its ancient traditions, embedded with fruits of its deep-rooted culture, passed on through generations, sentiments intact. Despite having witnessed or belonged to this society with innumerable traditions, we lack the understanding of the logical reason behind several rituals and customs and brand them superstitious and meaningless. So, let us take a look at the logical reasoning behind these Indian traditions…

1) Why do we visit temples? 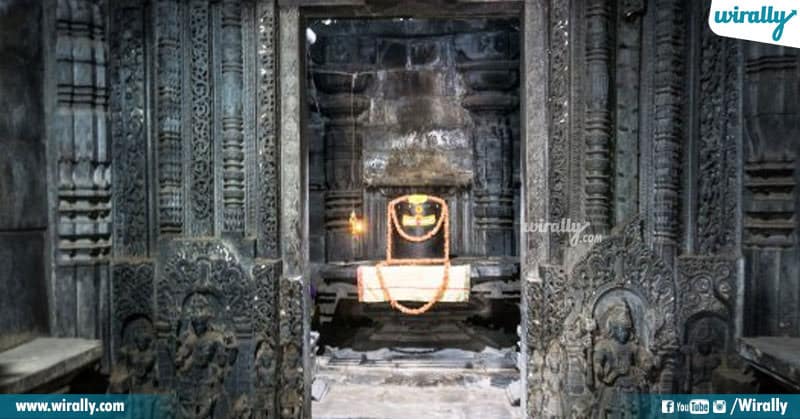 Idol worship is a form of prayer, but whatis the reason behind installing these idols in magnificently constructed temples? What is the purpose of temples at all?

– Temples are constructed in zones where positive vibrations from the earth’s magnetic and electric fields can be tapped in abundance. The peak of this energy is felt at the “garbhagruha” or sanctum sanctorum where the deity is intalled.

– People are asked to walk barefoot in temples, so that the radiation is easily absorbed.

– Men are advised to visit temples bare-chested, as the human hair has the capacity to absorb positive energy.

– Women are asked to wear gold ornaments when they visit temples, as gold is one of the best absorbers and radiators of positive energy.

This is why, many temple vimaanaas are made of gold too. We walk around sanctum sanctorum to enable a state of equilibrium for the brain by its movement around a source of positivity. These are some of the reasons behind the sense of serenity that fills a person from within; whenever they visit a temple, regardless of their belief in God.

2) Why must the temple be the tallest construction in the entire town? 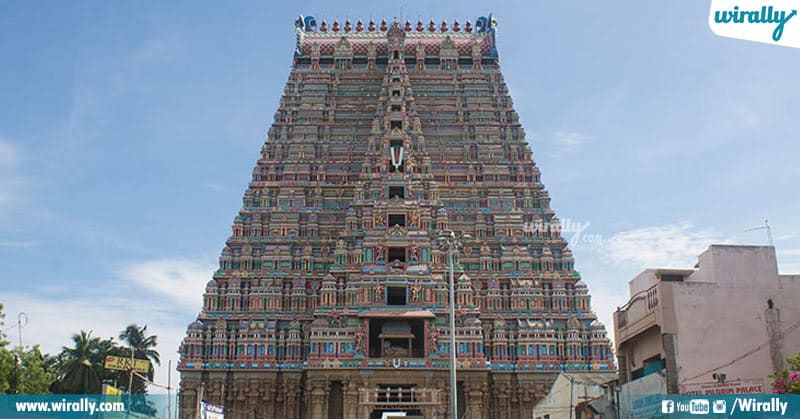 An unsaid rule from the ancient times is that, the temple should be the tallest construction in that particular town or city. We see this rule in prevalence in the agrahaaram style of civilization in rural areas. The reason commonly stated is that, “God is the Supreme, and hence the temple must be the tallest.”

– The actual reason behind this practice is the absorbing power of the temple gopuram.

– The gopuram is usually filled with paddy on the inside, which is an excellent absorbent of shock waves. Wherever lightning hits the village, the rays are diverted to the gopuram and the excess harmful rays are transmitted to the earth.

– Beneficial cosmic rays from the atmosphere are retained by the paddy and radradiated inside the temple.

3) What is the purpose of conducting the abhishekam? 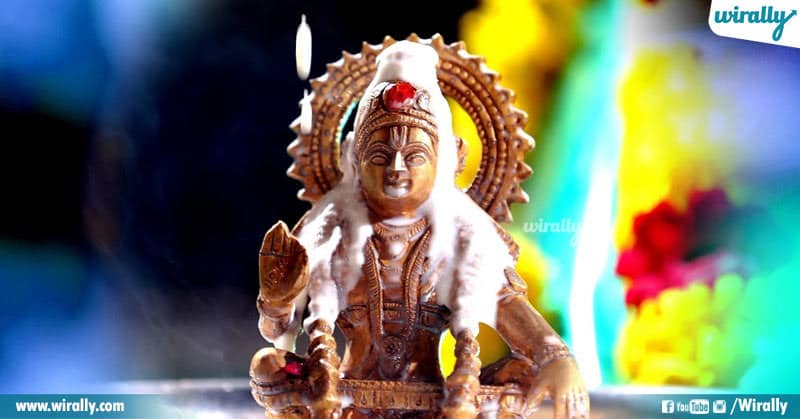 There have been debates regarding conducting abhishekams for stone idols in temples. These age-old granite idols have the tendency to develop cracks on ageing.

– Regular contact with agents such as milk, honey and oil help in keeping the idol intact, thus preserving these ancient sculptures.

– Another interesting observation is that the base on which these idols are mounted, is made of a specific alloy of gold, silver and traces of lead, which have medicinal properties when combined with milk and honey.

– This is why milk and panchaamrutam, from the abhishekam that are distributed, are said to have special properties that cure many diseases.

Earlier, when the literacy rate in the country was much less than it is now, instilling a fear of God was the only way to put forth scientific idead and practices involving logical reasoning. We have unfortunately forgotten the essence of such genius measures and brushed them away as superstitious.

4) The Ganesha under the peepal tree! 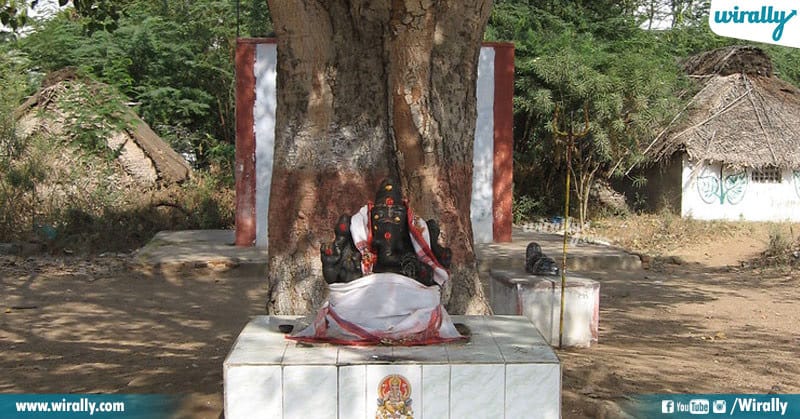 The Ganesha sitting beneath the Peepal tree or the arasa mara Vinaayagar is a widely popular deity of worship among women. There is a common belief that women who are unable to conceive will be able to do so, if they visit this Vinayaka every day in the early hours of the morning with wet clothes after a shower and walk in circles around the tree.

– The secret behind the miraculous success of this practice is the peepal tree, this tree is known to give out high amounts of oxygen and very minimal amounts of carbon dioxide throught the day.

– Oxygen is said to be the best cure for hormonal imbalances in the body and naturally brings undernourished organs back to normalcy.

– Gradually, the hormones in the uterus start functioning routinely and woman is able to conceive.

– Wet clothes help in better absorption of oxygen, thus ensuring maximum benefit of the ritual. The motive behind placing the Pillaiyaar there is to convince people to follow it in the name of God, giving them a reason to diligently pursue it.

5) Why do we feed crows before a meal? 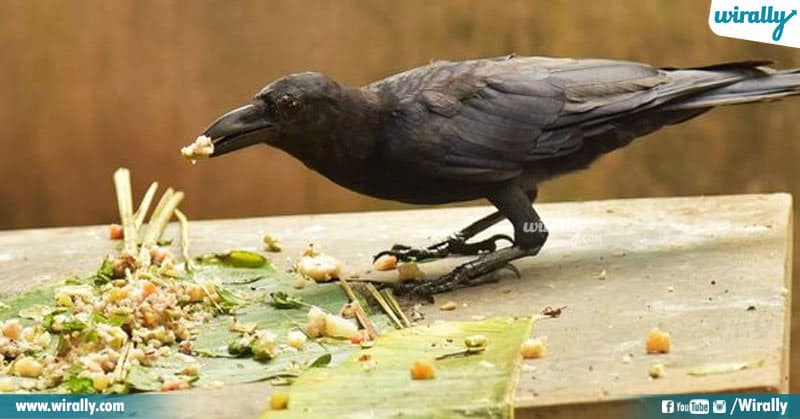 In the Indian tradition, crows are given special importance as they are considered ancestors. After the meal for the day is prepared, a portion of every dish is kept outside for crows to feast on, so that the members of the family have the satisfaction of having fed their ancestors. Are they really our ancestors, or have our forefathers just been spinning yarns? There is an interesting reason behind this age-old tradition.

Earlier on, when there was no electricity and hence no proper light in the early hours of the morning. People were doubtful of the food they cooked. The crow, as we all know, is a creature that can eat almost anything, and that which never refuses food. Interestingly, it can sense the presence of any kind of poison in food. It simply refuses food if it senses poison in it.

People from the ancient times happened to use the crow as a tester for food, smartly, without harming it. 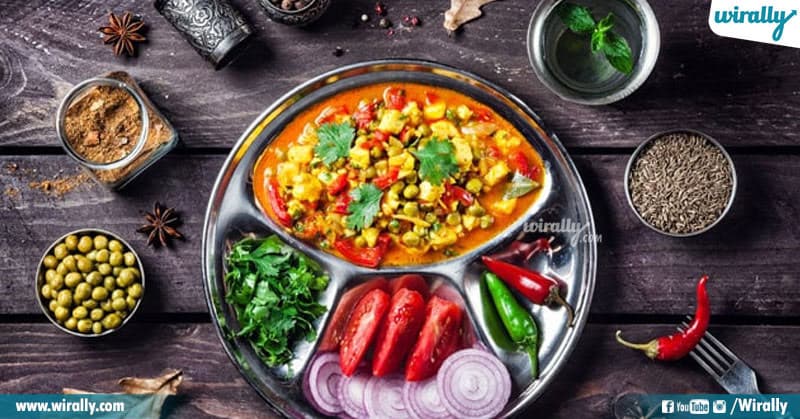 When it comes to the food system, Indian cuisine is one of the most balanced regimens, including optimum quantities of all nutrients conceived into delicious dishes that are easily digestible. Our ancestors even had appropriate meal timings devised to ensure proper and timely metabolism and digestion, for adequate energy to carry out tasks through the day.

As ancient custom says, the best kind of diet for any human being or animal living in a region is the diet consisting of foods grown in the same area. We have essentially evolved through the years to belong to tropical climate and be accustomed to the foods and lifestyle offered by this region.

With the arrival of foreign cultures and lifestyles, the concept of “eating out” was brought about with the expansion and trade of foreign cuisines, which sadly, are not the best suited diets for the Indian stomach. Most importantly, eating outside food greatly disturbed the timings of meals.

We may believe that the only consequences of ill-timed meals are acidity and gastroenteritis but actually, the human body functions by a system of energy flow between organs. Ancient scriptures of naturopathy and manuscripts of Ayurveda hold references to “The Organ Clock.”

“Our earlier generations had a very healthy diet and lifestyle. Where did we lose track? According to the “Organ Clock”, the 12 main organs functioned at their peak hours and excreted their wastes properly. Since this systematic excretion by the organs failed due to ill-timed meals, these wastes have gotten accumulated as “toxins” disturbing the blood chemistry. The alkaline nature of the body hence became dangerously acidic. Hence unable to release its wastes, the body’s auto-immune system loses its efficiency. Unable to regenerate new cells, dead cells get accumulated. Thus, the body is affected by diseases.

In our traditional diet and cuisine, timings and content of meals were given utmost importance. Previous generations thus had a systematic lifestyle and a healthy immune system. The 12 main organs in the body have 24 hours in total. Most importantly, the liver dialyses all the blood in the body and maintains blood chemistry. This process happens from 10 pm to 4 am everyday. Deep sleep during this time ensures excellent health condition.

If 10 pm is the time for sleep, dinner must necessarily be done by 7 pm. The three-hour gap enables maximum functioning of the liver at night, on the failing of which, liver function starts receding and the auto-immune system gets weakened.

Is this solvable by repeated artificial medication? No medicine can completely cure an ailment. If your daily food is medicinal by itself, the body automatically cures itself. Alkaline foods are most important for a healthy immune system. Traditionally, alkaline foods such as kodo millet, foxtail millet, little millet and barnyard millet were essentially included in the staple diet.”

You can now see that almost every ancient India tradition has a scientific explanation behind it. Some of them are deeply spiritual and very much beyond the understanding of the common man, because of which they were linked to the concept of blind belief. After years of experience and observation, our forefathers have drafted these traditions to be imbibed into societal living and lifestyles to ensure a healthy, peaceful living. So let’s start looking deeper. Let’s start truly appreciating the riches we have been provided with. Let us look at our customs with a positive curiosity.

After all, isn’t it our duty as the future generation to carry them forward?