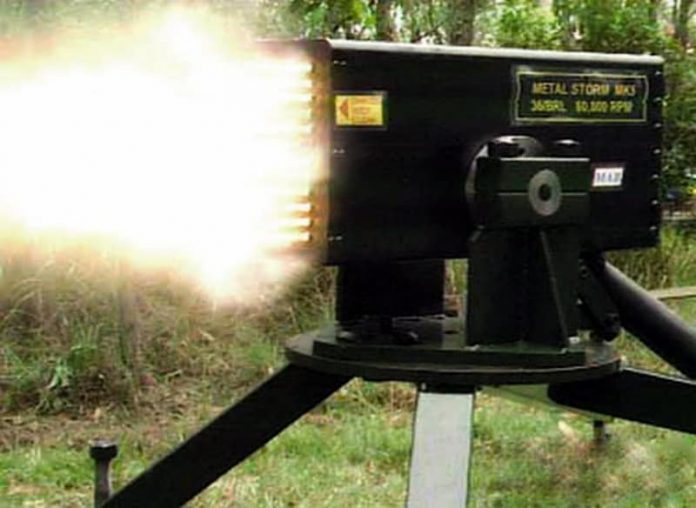 Fastest Gun in the world fires 1 Million Rounds Per Minute !! Is this True? yeah, It is absolutely true. The prototype gun system was rated at 16,000 rounds per second or 1,000,000 rounds per minute.
The highest rate of fire for a machine gun in service is the M134 Minigun. The weapon was designed in the late 1960s for helicopters and armored vehicles.
It fires 7.62 mm calibre rounds at a blistering rate of 6,000 rounds per minute, or 100 rounds per second — about ten times that of an ordinary machine gun, according to the Guinness World Records.
But, Let’s see the new one. Metal Storm gun — whose firing speed blows M134 Minigun away.The Metal Storm gun, on the other hand, makes the M134 look like a toy.
The gun system was developed by an Australian weapons company by the same name.

Drop Us A Mail : [email protected]

Owning These Things In The 90’s Made You The ‘Posh Bidda’...