When there is a lot of traffic demand the speed of the vehicles slows down and there is traffic, this results in some congestion. Congestion is defined as an increase in the overall travel time when compared to free-flowing traffic. You might think that traffic problems are only common in your country, but turns out this is the case all over the world, The ‘2018 Traffic-Index’ study conducted across 403 cities in 56 countries to understand congestion levels or the excess time it took commuters to travel, Cities were ranked based on delays caused by congestion, 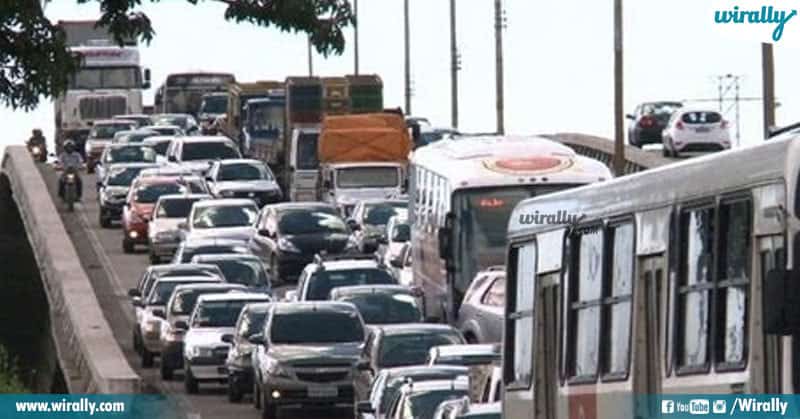 Recife in Brazil occupies the number 10 spot in our list, this city is located in the northeast part of Brazil, with a population of 15 lakhs, and lack of infrastructure, the traffic is quite heavy in this part of the country, also the streets of Recife is pretty narrow, which leads to even more traffic. The people to space ratio is very low, Recife is a small city, so there is less space to move around and travel. Recife has an awful infrastructure, The city was built very poorly and which is why it sees traffic congestion. 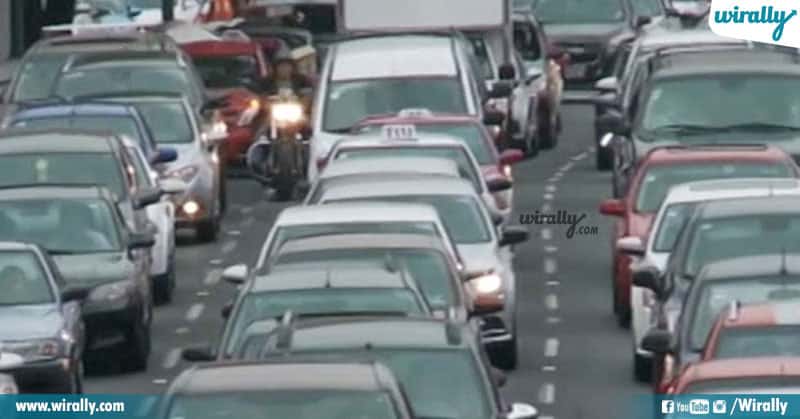 It was reported that drivers in the Mexican capital spend an average of 66 percent of their time stuck in traffic. And During peak evening hours, the percentage goes up to 101 percent, this means that travelers have to sit through 227 hours of extra travel time per year stuck in traffic. The city has seen no change in its congestion levels since 2017, traffic congestion has been constant. 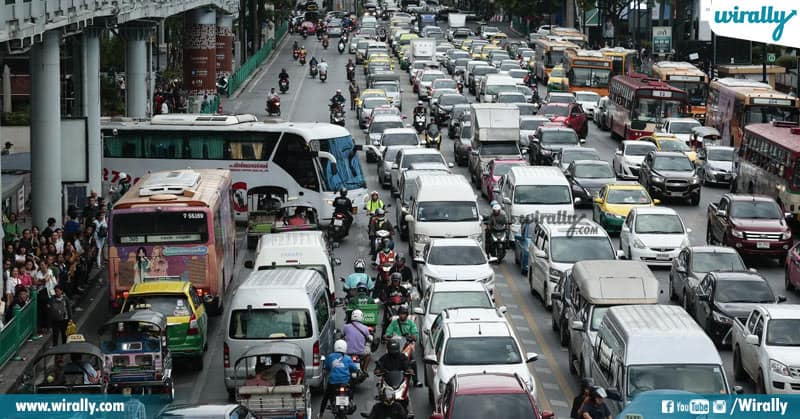 A study conducted by the World Health Organization ranked Bangkok as one of the most dangerous cities, because of deaths by road accidents, the city has a congestion level of 53 percent. This is because Bangkok is one of the world’s most congested cities, which is why it has major traffic problems, Traffic is fairly heavy in Bangkok throughout the day, but it’s at its worst from 7:30 to 9:30 in the morning and 5 to 7:30 in the evening. The only way you can avoid traffic in Bangkok is by using the train network, which is very well made. 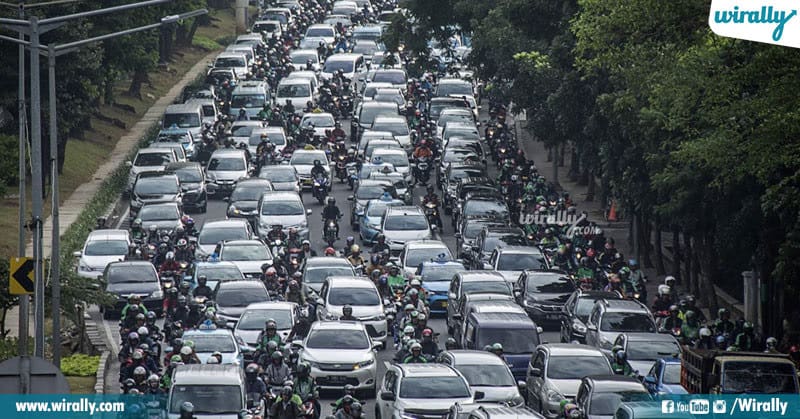 Jakarta was named worst traffic city in the world in one index last year based on satellite navigation data, it was found that an average driver stops more than 33,000 times in a year. An estimated 70% of the city’s air pollution comes from vehicles. It was reported that it can take over 2 hours just to travel 25 miles, the city does not even have a metro option, adding to the problems, and most of the people prefer bikes over cares, as they are cheaper and faster, especially in a congested place like Jakarta. 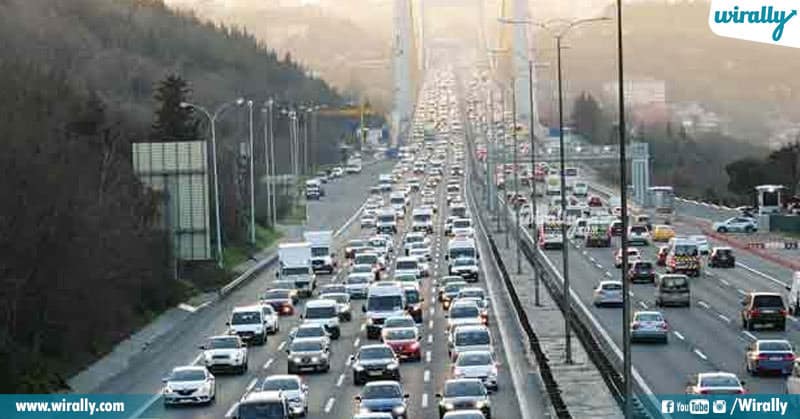 Istanbul was named as the second most congested city in the world, according to a new traffic report by transportation analytics firm INRIX. It was estimated that drivers spend an average of 157 hours which is equal to 6.5 days stuck in traffic. The traffic has increased by 6 percent when compared to 2017, on the plus side; Istanbul has some of the best public transport systems, passengers can easily get to their destinations using the metro rail, Moreover, they also have sea buses run by private companies help travelers to cross the Bosporus from the Bakırköy. 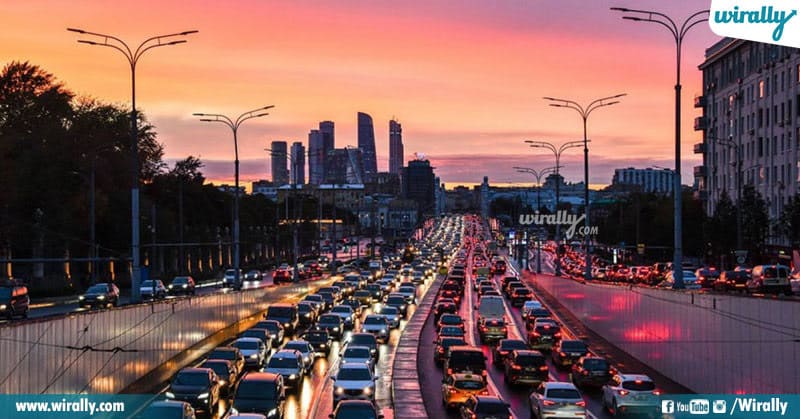 In 2018 Moscow was named as the world capital of traffic jams according to an annual report released by the INRIX automotive analytics company. It was reported that Moscow drivers on average waited 210 hours in traffic queues last year and reached an average speed of around 18 kilometers per hour, the authorities are looking for a solution to solve this problem, and they are suggesting people switch to public transport. They are also focusing on the construction of better public transport to solve this issue. 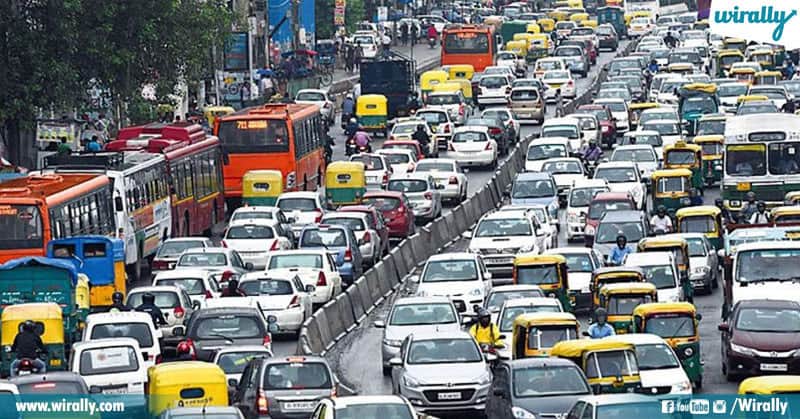 India is one of the most populated countries in the world, so it’s no wonder that a city from India is included in this list, the traffic problem has only grown, and India’s capital is seeing some of the worst traffic congestion in the world, Delhi is also a highly polluted city, It was ranked first, as the worst city to live in the world, one of the main reasons for pollution is vehicles. The roads are being redesigned to solve this issue, they are also planning on improving public transport, 3,000-4,000 private buses are to be used as public transport. If we will provide good buses, people will choose them over private cars. There will also be a mobile application to track the location of the buses.” Said the Chief Minister. 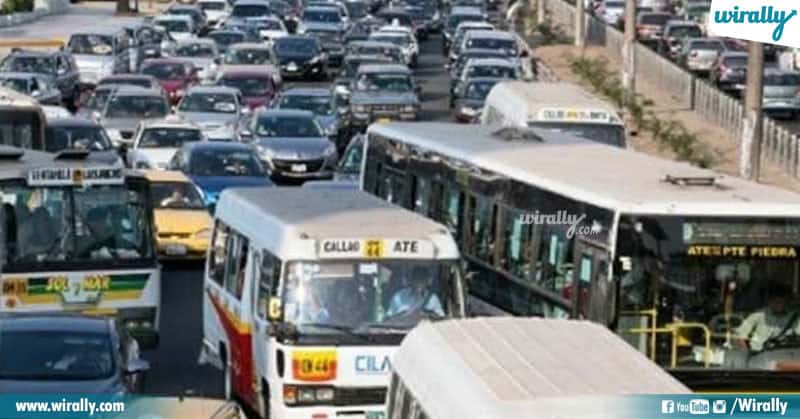 The situation in Lima is chaotic, the traffic is one of the worst in the world, especially during peak hours, which means between 07.00 am and 09.00 am and between 05.00 pm and 08.00 pm. The average congestion level here is 88%. It has been reported that in the mornings, a 30 minutes trip will require an additional 26 minutes, so 56 minutes. In the evening traffic jams are even worse with a congestion level of 104%; for a trip that takes 30 minutes, drivers have to spend an additional 31 minutes. 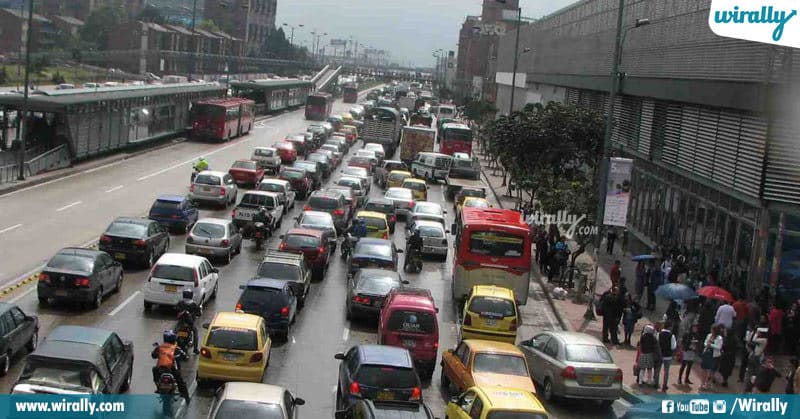 According to INRIX, in 2018 people in Bogota spent over 272 hours stuck in traffic, people of Bogota lose almost two full working weeks a year traveling from home to workplace and back again. From 2007 to 2017, the number of private cars in the city grew by approximately 206%. One of the main reasons for this is lack of roads, and infrastructure, the authority’s proposed 6 actions: Do not block intersections, Use the roundabouts better, Solve simple crashes quickly and efficiently, Do not park on the street, Give way to other cars, Use mobile applications. 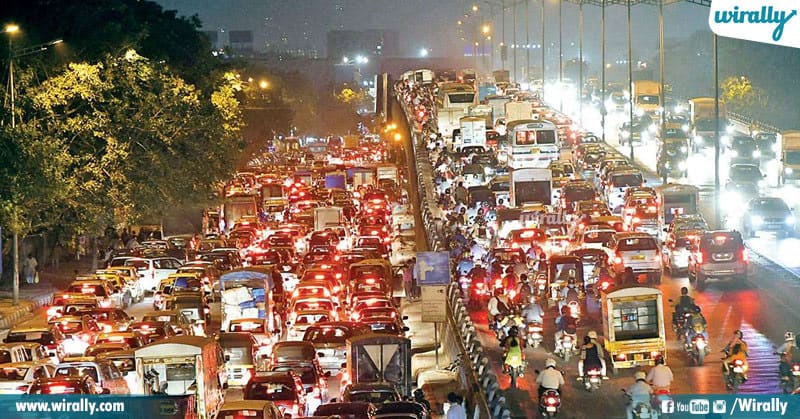 A study has reported that Mumbai is the world’s most traffic-congested city, the overall congestion level is 65 percent in Mumbai, which means that the extra travel time is generally 65 percent more than what an average trip would take in free-flowing traffic. In Mumbai, the congestions during the morning and evening are at its peak, this results in the congestion level rising to 102 percent. The Boston Consulting Group (BCG) researched the state of traffic jams in India and found that a total of $22 billion was lost, due to traffic snarls in New Delhi, Mumbai, Kolkata, and Bengaluru. Out of this, $5.92 billion or Rs 41,000 crore is wasted in Mumbai alone, resulting from traffic jams.

7 Young Indian Players & Their Stats In This Series Is...

Here Are All The Major Movie Updates At One Place If...