If you were wondering since last night why the police have gotten stricter on the roads, here is the reason.

In a joint raid that involved the National Investigation Agency and Hyderabad Police today, 11 men who were suspected to have links with the Islamic State (ISIS) were detained today.

In the  Moghulpura, Meer Chowk and Bhawani Nagar police station limits, raids were conducted over 9 locations and police sources say that weapons, explosives and cash have been seized.

“Raids are going on at three to four places in the old city are. NIA is doing it. The local police is assisting them. Searches are being conducted over some suspected terror activities that were planned to be carried out in the city,” a senior intelligence officer said.

“We are not sure who these people (suspects) are and the groups they are affiliated with,” the sources added. The suspected were believed to be planning terror activities in the city.

Earlier this year, 14 people suspected to be sympathisers of the ISIS were picked up from across the country in an anti-terror operation by the NIA and two of them happened to belong to the city. 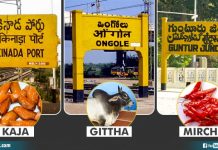