‘Ram Setu’ the bridge which connects India and Sri Lanka on Indian Ocean. There is another name for the bridge called Adam’s Bridge, but Indians especially Hindus believe that this bridge was built by Lord Rama and his army to reach Sita in Lanka according to Ramayana roots.

Noo only there isman other stories and theories revolving around ‘Ram Setu’. Here Are Some Facts and Stories about ‘Ram Setu’ AKA Adam’s Bridge.

1. Ram Setu is man made bridge connects the 2 islands in India and Sri Lanka by Lord rama and Vanara Sainyam 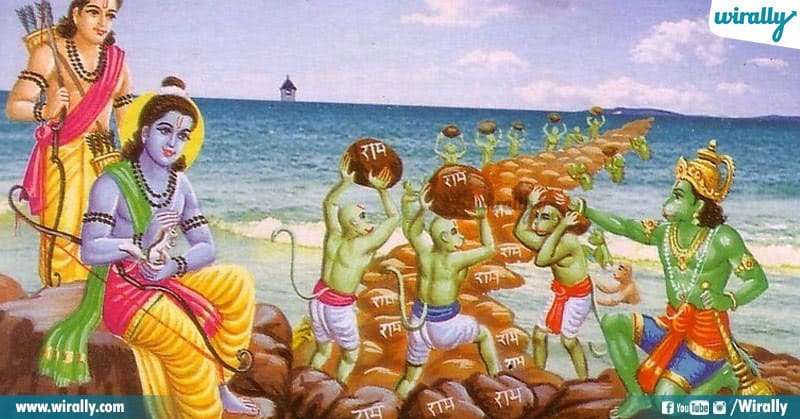 Ram Setu or Rama’s Bridge is a causeway that is created across the sea connecting Pamban Island in Tamil Nadu to Mannar Island in Sri Lanka. According to Epic Ramayana it was believed that the bridge was constructed by Lord Rama and Vanara Sainyam (Army).

2. The other theory and scientific studies says that it is a natural bridge 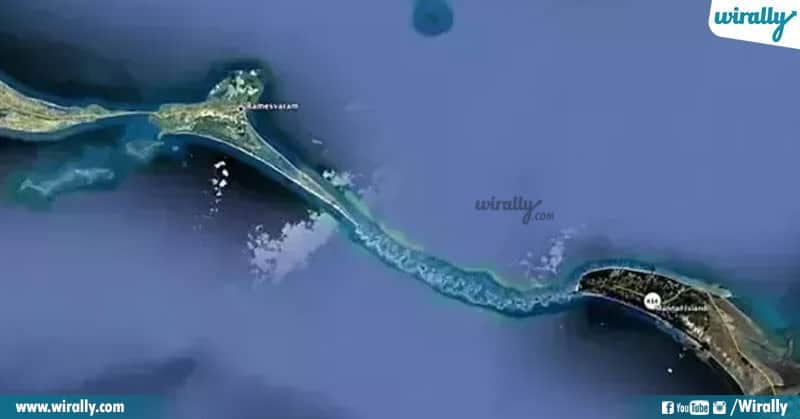 According to some scientific research and studies the bridge is naturally made with limestone shoals. Radiocarbon dating of samples in this study suggests the domain between Rameswaram and Talaimannar may have been exposed sometime between 7,000 and 18,000 years ago.

3. Bridge was walkable till 15th century 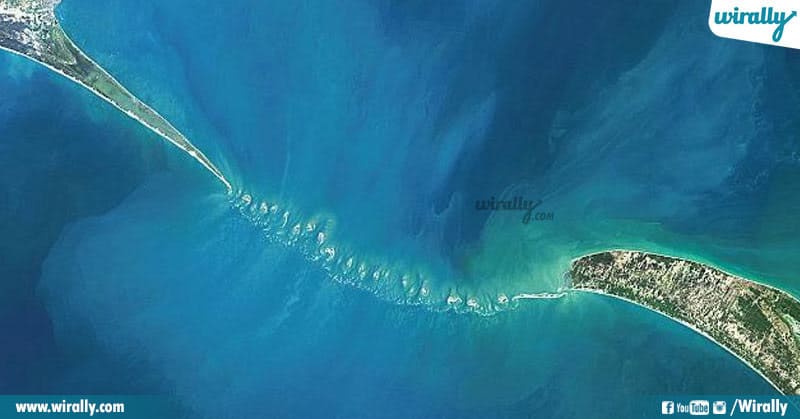 It was reportedly passable on foot until the 15th century, but later when storms deepened the channel: temple records seem to say that Adam’s Bridge was completely above sea level until it broke in a cyclone in 1480.

Rama Sethu, Adam’s Bridge and Nala Sethu which one is correct ?

Rama Sethu’s name was given after it is believed that it was led by Lord Rama and his army. Adam’s Bridge after Adam’s Peak in Sri Lanka (Adam is supposed to have fallen in this part of earth). Nala Sethu after It is said Nala Setu because it was Nala who was the architect (designed) the bridge in Ramayana. 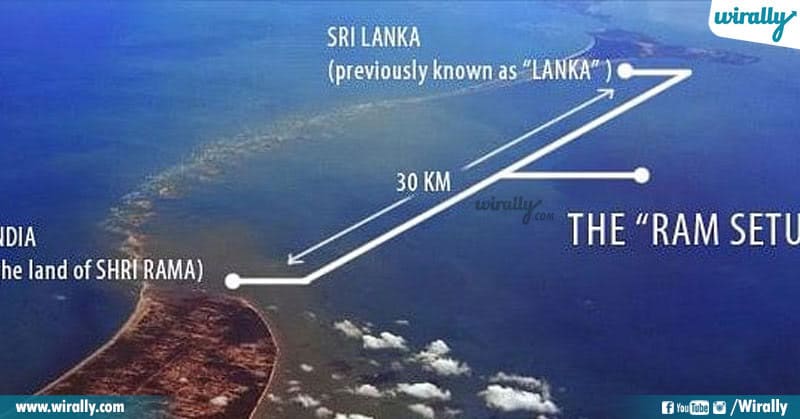 The bridge is 48 km (30 mi) long and separates the Gulf of Mannar (south-west) from the Palk Strait (northeast). Some of the regions are dry and the sea in the area rarely exceeds 1 metre (3 ft) in depth. 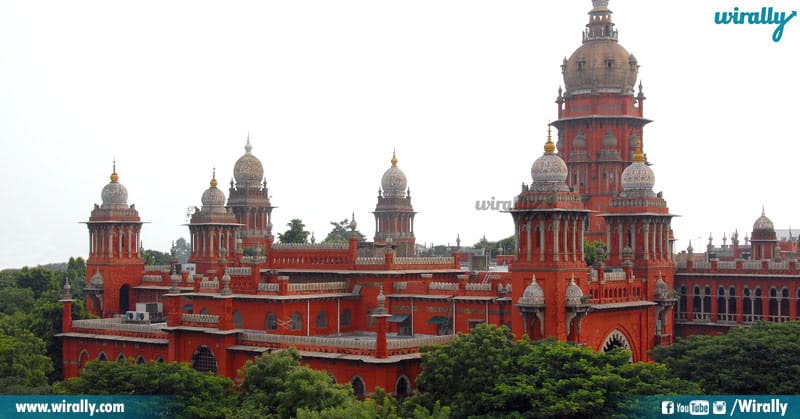 In a 2008 court case, a spokesman for the government stated the bridge was destroyed by Rama according to the scriptures. This claim has been rejected by other observers. In connection with the canal project, the Madras High Court in its verdict stated that the Rama Sethu is a man-made structure.

7.Archaeological Survey of India stated that there are no proofs to prove that bridge is constructed by Lord Rama and his Army 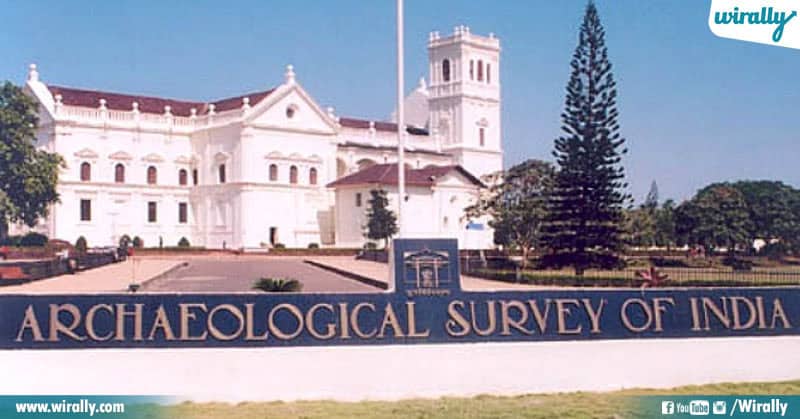 The Archaeological Survey of India and the government of India informed the Supreme Court of India in a 2007 affidavit that there was no historical proof of the bridge being built by Rama.

8.Bridge date sync with the age of Ramayana 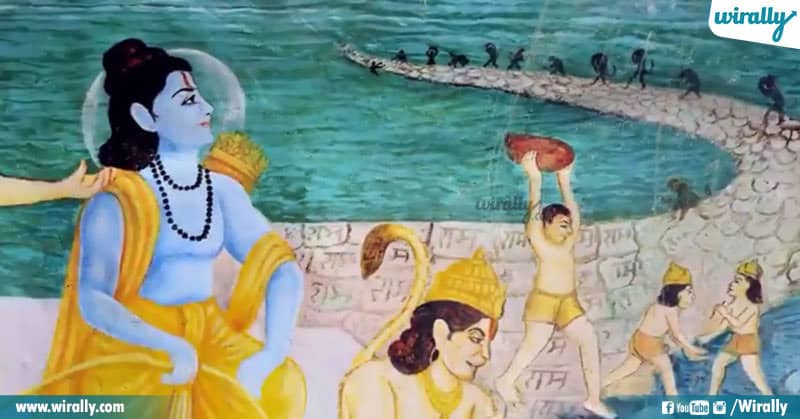 The studies of Oceanography suggests that the bridge is 7000 years old. Interestingly, the carbon dating of beaches near Dhanushkodi and Mannar Island sync with the date of Ramayana.