You know what they say, Family that watches movies together, always stay together. Films are a great way to spend quality time with your loved ones, and few movies can increase the bond between the family members and are best enjoyed when you watch them together.

The Telugu Film Industry has been producing family entertainers for a long time now, and with the huge and rich library that it has, picking the right film can be tricky. However, we have made a list of the Best Telugu Films that you should definitely watch with your family. 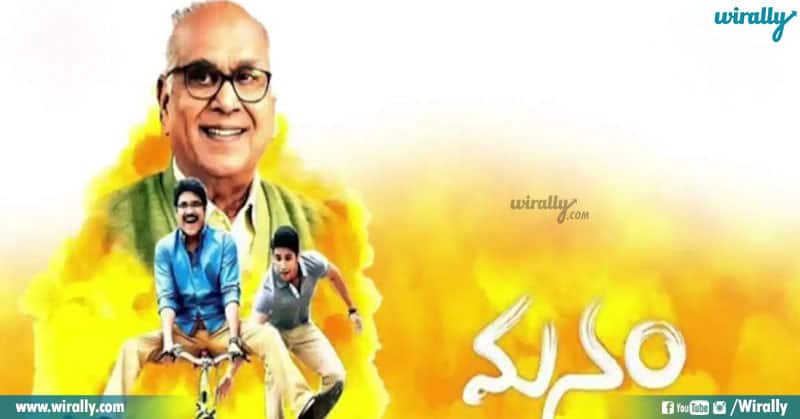 Manam is a fantasy-drama film, written and directed by Vikram Kumar. The film features Akkineni Nagarjuna along with Akkineni Nageswara Rao, Naga Chaitanya, Shriya Saran and Samantha Ruth Prabhu. The film tells the story of Bittu, who loses his parents in an unfortunate car accident, thirty years later he comes across two college students who appear to be his late parents’ incarnations. What you get from Manam is a feel-good family entertainer. The film has a unique premise and an interesting story which is very well written. The Akkineni Family deliver solid performances, and the comedic performances of Brahmanandam and M. S. Narayana are a treat to watch. Overall, Manam is a well-crafted feel-good film that you must watch with your family. 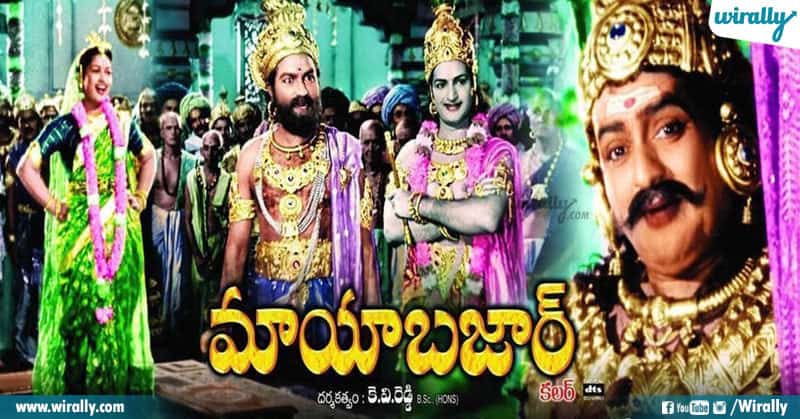 Often regarded as one of the best Telugu films of all time, Mayabazar deserves all the praise that it gets. despite the limitations of technology, the film was way ahead of its time. Based on the folk tale Sasirekha Parinayam.

The plot revolves around the roles of Krishna and Ghatotkacha and their quest to reunite Arjuna’s son Abhimanyu with his love, Balarama’s daughter Savitri. Mayabazar is a timeless classic and a perfect entertainer for your family.

The film has a fairly simple story, but the best part about the film is that it is appealing to all ages, it has a little something for everyone. Your kids will fall in love with the magic and Gatothkacha, while you enjoy the drama and politics between the two families. 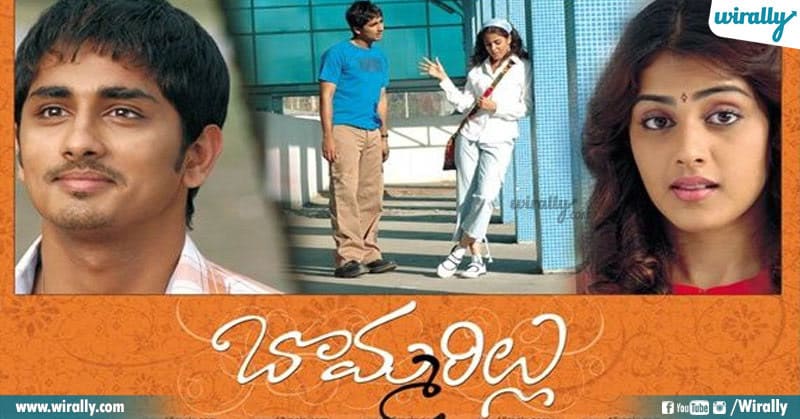 Bommarillu is a romantic comedy family drama film starring Siddharth, Genelia D’Souza in the lead roles, and Prakash Raj and Jayasudha in pivotal roles. The film tells the story of a young man name Siddhu, and his overprotective father, who decides to get him married to a rich girl, complications arise when Siddhu falls in love with Hasini.

The film was released on 9 August 2006, to rave reviews, with many appreciating the story and the acting performances. Bommarillu ticks all the boxes required to make a great family entertainer: It has comedy, great dialogues, well-written story and great acting. The film won several awards including South Filmfare Awards and was one of the highest-grossing Telugu films of 2006. 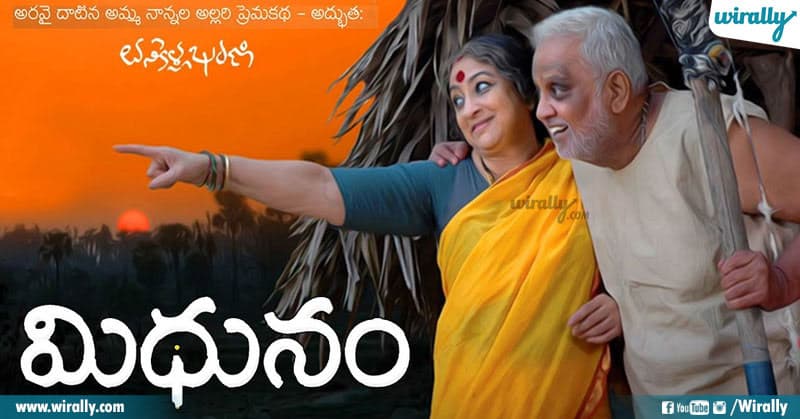 Based on the bestselling Telugu novel of the same name, Mithunam is a 2012 Telugu drama film directed by Tanikella Bharani. It features S. P. Balasubrahmanyam and Lakshman in the lead roles, as it tells the story of an old-aged couple who live a blissful life with no insecurity and enjoy life to the fullest. The film has an excellent storyline, and Tanikella Bharani showcases the story beautifully with the help of some stunning cinematography. The characters are realistically portrayed and you start getting attached to them. Mithunam is a wonderful movie about marriage and love, it teaches you how to live life to its fullest. It is one of the best Telugu films that you can watch with your spouse or family. 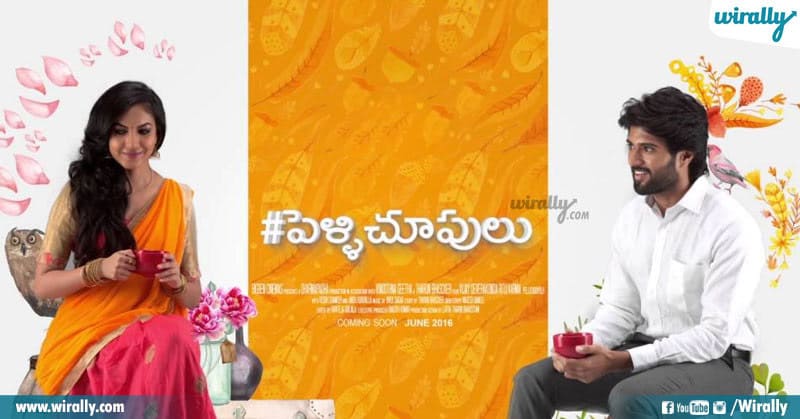 Pelli Choopulu is a comedy-drama film featuring Vijay Deverakonda and Ritu Varma in the lead roles. Partly based on the real-life incident of “Spitfire BBQ” food truck, the film tells the story of Prasanth and Chitra who meet during match-making and how their aspirations bring them together forms the rest of the story. The film covers several topics such as love, family, comedy, career and friendship, making it extremely entertaining and fun to watch. The film has a well-written narrative and screenplay and is one of those movies that you can put on and enjoy with the rest of the family. 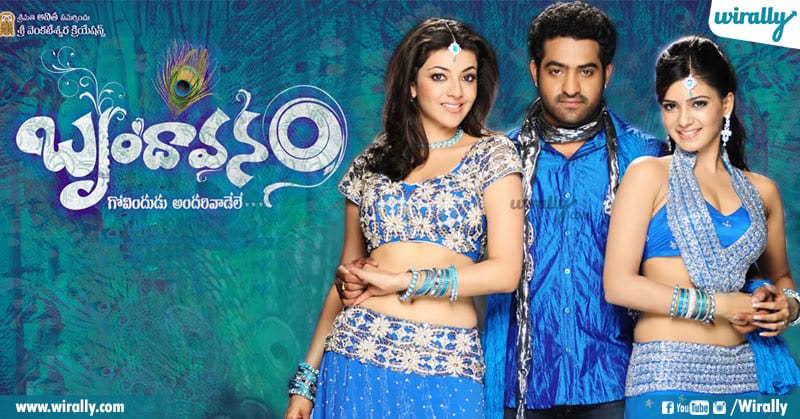 Bindavanam is a romantic comedy film starring N. T. Rama Rao Jr., Samantha Ruth Prabhu, and Kajal Aggarwal in the lead roles. It was released on 14 October 2010 to positivereviews and was a commercial success. It is only the sixth Indian movie to be remade in six languages. The film is a fun ride from start to finish, the film has great dialogues and is filled with comical moments. The film has everything from comedy, romance to sentiment, making it a great family entertainer. Also, you can watch the film in any language and still be entertained. 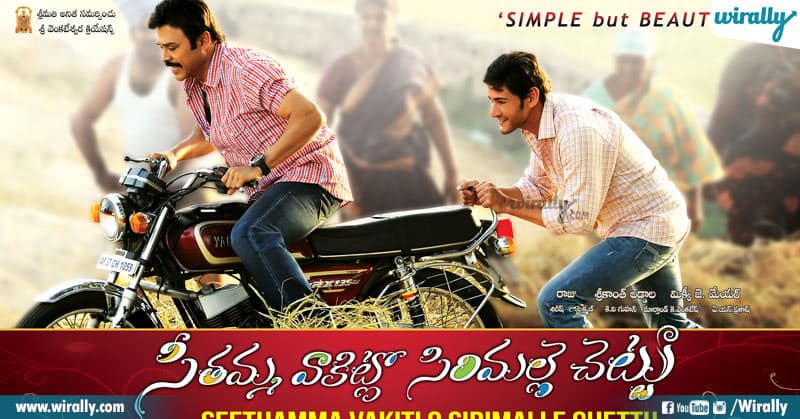 Seethamma Vaakitlo Sirimalle Chettu is a family drama film starring Venkatesh, Mahesh Babu, Samantha Ruth Prabhu, Anjali and Prakash Raj in the lead roles. The story revolves around the bond between two brothers with different personalities, as they try to choose an ideal life partner for each of them. The main feature of the film is the bond between the brothers, and Venkatesh and Mahesh Babu deliver powerful performances in bringing the characters to life. The film is heart touching and focuses on family relationships and values, the film can get emotional at times, but is also filled with light-hearted moments, making it a perfect family entertainer. 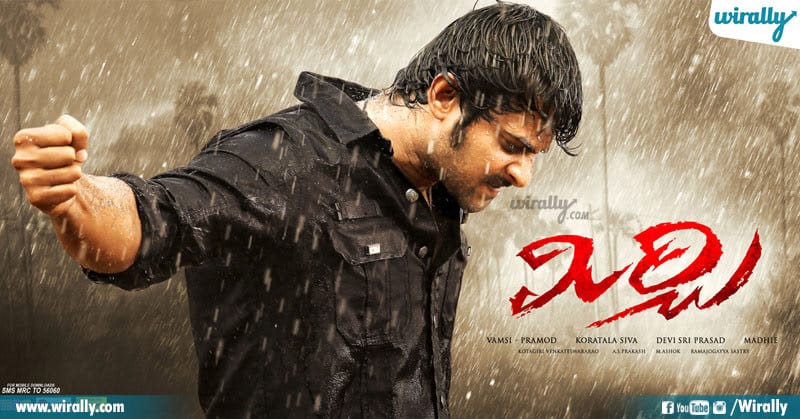 Mirchi is an action drama film written and directed by Koratala Siva in his directorial debut. The film stars Prabhas, Anushka Shetty, and Richa Gangopadhyay, along with Sathyaraj, Nadhiya, Adithya Menon, Sampath Raj, and Brahmanandam. The film tells the story of Jai and Manasa who fall in love with each other, however, they belong to rival families, who won’t stop fighting.

Mirchi is a Masala action flick that is highly enjoyable, though it has a routine story, the film is extremely charming and full of style. The lead actors do a great job and deliver solid performances, the comedy scenes are entertaining and the film is filled with great action sequences, making it great for a family movie night.