Military shows are extremely popular. Believe it or not, there’s an entire separate fan base for these shows related to war, army and military combat. We, humans, tend to like war and fighting for some odd reason, and though you may not enjoy being part of one, watching a show related to it is certainly great fun.

These shows showcase the ugly reality of war, how it affects people, and what goes on, on the battlefield. Over the years we have seen some great War-related Tv shows, that are regarded as some of the finest works of Television.

Shows like Band of Brothers and Pacific carved the way for future Military shows. What might surprise you is that India has seen its fair share of shows based on army and military, and though they haven’t revolutionized the genre in any way, they are still solid shows that you’ll have a good time watching. We have made a list of the Best Indian Web/Tv Series based on Army you must watch. 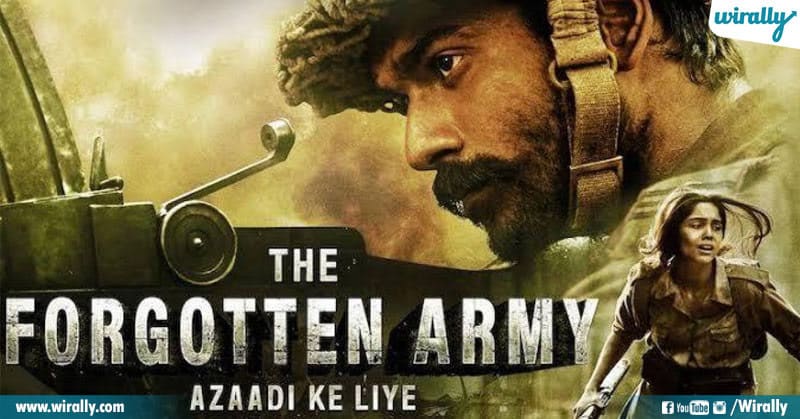 Based on true events about the men and women in the Indian National Army led by Subhash Chandra Bose. The Forgotten Army – Azaadi ke Liye stars Sunny Kaushal and Sharvari, as the series tells the story of Lieutenant Sodhi and his army, and covers their journey and sacrifices while fighting for Independence during World War II. During a promotional talk, Kabir Khan, the director of the show said the series is a project that is 20 years in the making, and his efforts show as the show does a great job of showing the struggles and efforts of the INA. The Forgotten Army is a series that will make you feel patriotic and proud of the Indian Army. The love put into the making of the show is clearly visible in every shot, the soundtrack is fantastic, and the performances delivered by the cast are stellar. The show also does a good job of keeping the story authentic and engaging without cooking up too many fictitious elements. 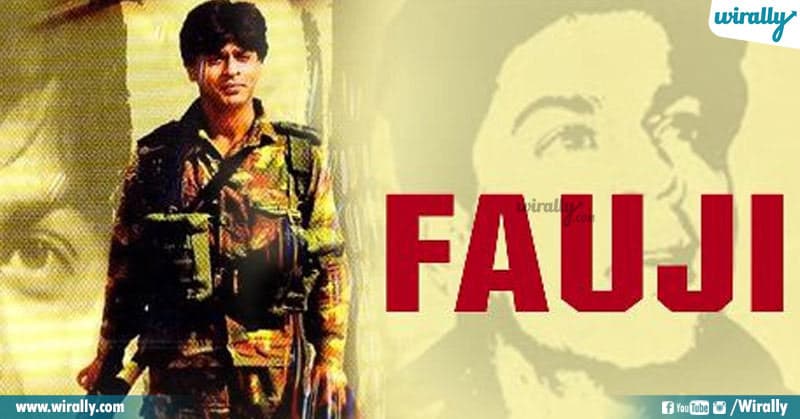 This OG Television series marked the debut of the Shah Rukh Khan in Television. Directed by Raj Kumar Kapoor, Fauji tells the story of new recruits as they begin their training to become commandos in the Indian Army. The show was extremely popular during the 90s and was beloved by many fans. What made Fauji unique was that it focused on the bond between the soldiers, making for a light-hearted show full of feel-good moments. The chemistry between the actors is top-notch, and all the characters are well developed and share equal screen time. The show also does not glorify the training process, what you see in the show is raw and realistic, the show wonderfully showcases the actual struggle and courses you have to go through to get into the Indian Army. 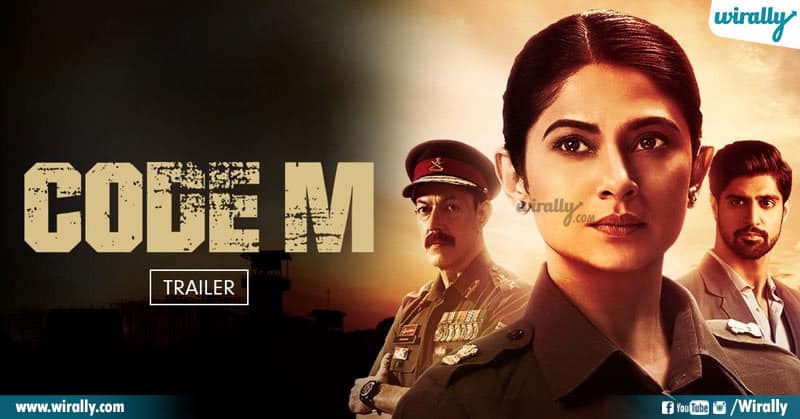 This drama web series created and produced by Juggernaut Productions, stars Jennifer Winget, Rajat Kapoor, Seema Biswas and Tanuj Virwan as it tells the story of Monica Mehra, a military lawyer, who is tasked in investigating a simple case of death of an army officer, killed by militants in an encounter. However, she discovers that there is much more to the case than it appears. Jennifer Winget does a good job in her portrayal of an army lawyer, and though the story remains plain, the characters are engaging enough to keep you invested in it. The episodes are short and are decently paced, meaning you can binge the entire show in one go. 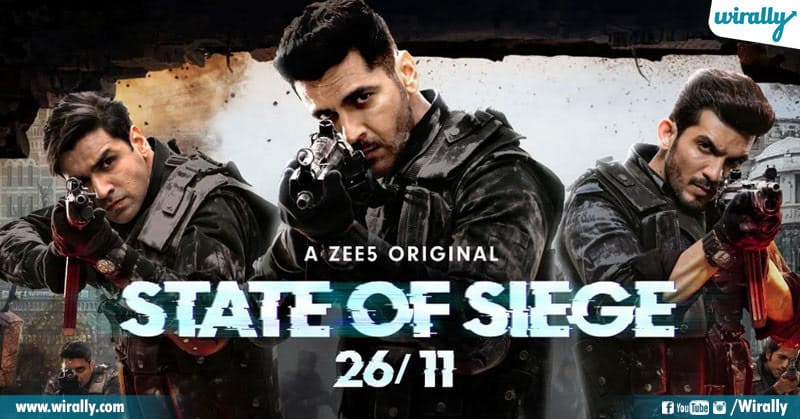 Based on Sandeep Unnithan’s book Black Tornado: The Three Sieges of Mumbai 26/11, State of Siege: 26/11 stars Arjan Bajwa, Arjun Bijlani, Mukul Dev, Tara Alisha Berry, Sid Makkad in the leading roles. As the show gives a detailed account of what happened during the operation and how the security and armed forces succeeded in saving several lives. The show doesn’t over-dramatize the terror attacks, and stays true to the source material, and showcases an honest portrayal of the attacks. All the actors deliver solid performances in their portrayals, and though some of the costumes and guns might look a little cheap, Overall, State of Siege: 26/11 is a great watch if you are looking to learn more about the terror attacks of 26/11. 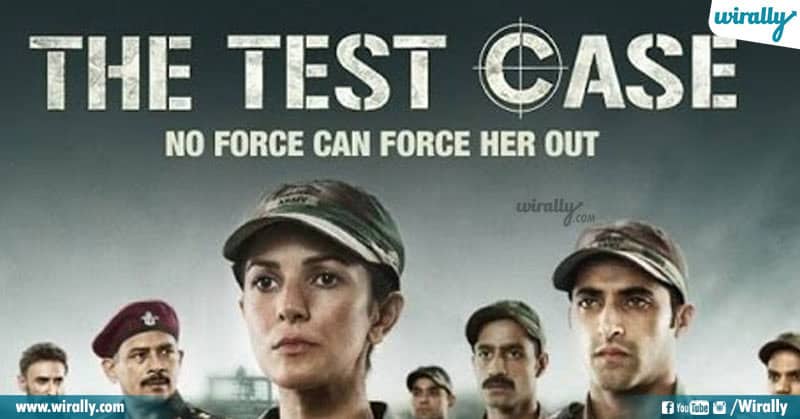 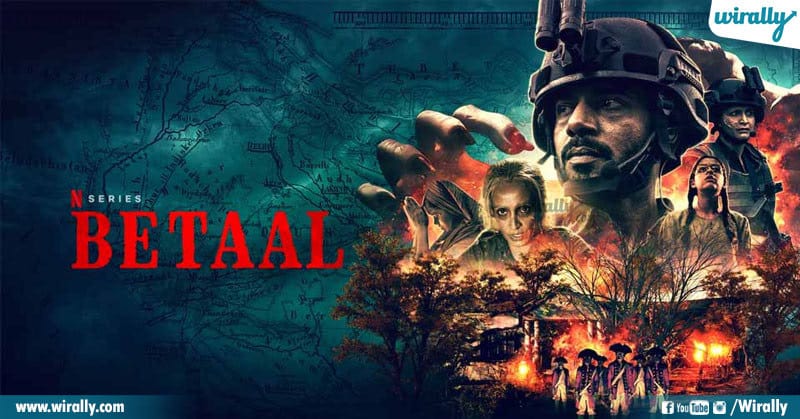 Based in a small remote village, Betaal tells the story of an intense battle, as the East India Company officers turn into zombies, and attack a squad of modern-day soldiers. Written and directed by Patrick Graham and co-directed by Nikhil Mahajan. Betaal stars Vineet Kumar Singh and Aahana Kumra the lead roles and is the second collaboration between Red Chillies Entertainment and Netflix. The series is a fresh take on the zombie genre, which has rarely been explored by Indians. Though the series has its fair share of flaws, Betaal is still a great watch, that has a unique premise and an interesting bunch of characters. The show does enough to create thrilling moments, and the story moves at a decent pace. If you are looking for a supernatural web series, or just love seeing zombies getting shot in the head, then Betaal is a great watch.