Greek Mythology is a collection of myths and stories that refer to the ancient Greeks concerning and showing the powers and impacts of their gods and heroes, the gift of nature given by them, and the sources and importance of their own culture and ritual practices which are taken very seriously by them. It is understood to be one of the religions in ancient Greece.

Modern scholars refer to and study the myths to shed light on ancient Greece’s religious and political institutions and its civilization and begin understanding the nature of mythmaking itself. Greek Mythology is explicitly embodied in an extensive collection of narratives and implicitly in Greek representational arts such as vase-paintings and votive gifts.

Greeks myths attempt to explain the origins of the world and details the lives and adventures of various gods and goddesses, heroes, heroines, and mythological creatures. These accounts were initially distributed in an oral poetic tradition.

Best Movies Based On Greek Mythology 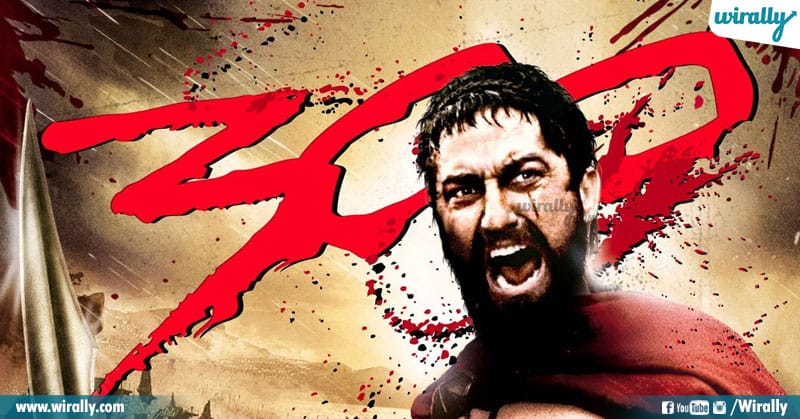 300 is an epic American action film of the year 2006. This film is directed by Zack Snyder, starring Gerard Butler and Lena Headey, inspired by The Frank Miller comics, which recounts the battle of Thermopylae. The plot describes the Spartan king Linodius, played by Gerard Butler, and his 300 Spartan warriors. They fought to the death against the Persian god, king Xerxes the first played by Rodrigo Santoro, and his army of more than 100,000 soldiers. 300 became the second most successful movie of 2006, just behind pirates of the Caribbean. A single comment summarizes what I think of the film it is an epic masterpiece. 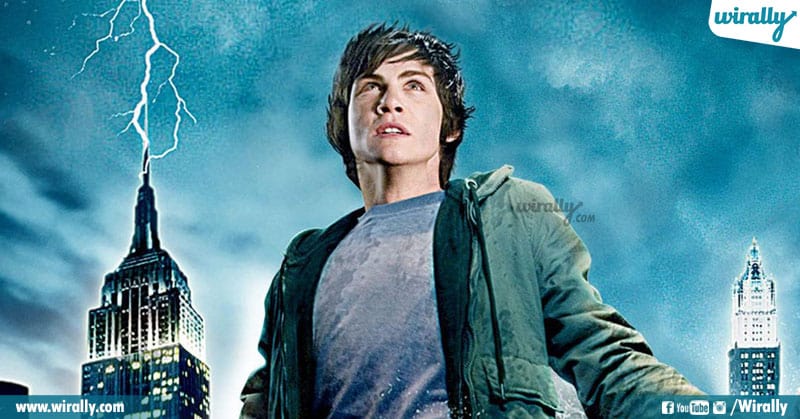 Percy Jackson is a fiction film series based on Rick Riordan’s novel series of the same name. It consists of two movies directed by Chris Columbus and Thor Freudenthal. The first movie is “Percy Jackson and The Olympians: The lightning thief (2010) starring Kevin McKidd, Pierce Brosnan, and Sean Bean. The second movie was “Percy Jackson and Sea of Monsters” (2013), starring Logan Lerman, Alexandra Daddario, and Brandon T. Jackson. The series tells the story of Percy Jackson as a normal boy who suddenly finds out that he is the son of the Poseidon, The God of the seas. He later realizes that demigods and mythological creatures surround him. Throughout the film, Percy will be on a mission to restore cosmic order, save the world, and understand its origin. Percy Jackson movies are ideal for watching with the whole family as a hobby. Nothing more special about them unless you are a fan of Greek Mythology. The film is not recommended to the books’ fans as both films commit a violation against them. 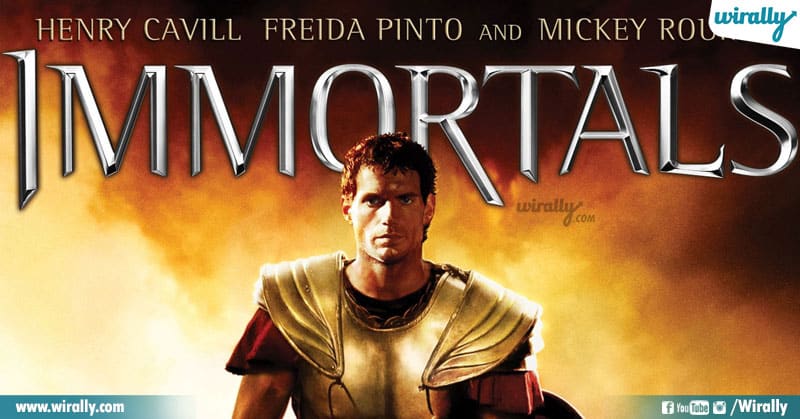 Immortal is a movie based on the Greek mythology of Theseus, the minotaur, and the Titanomachy directed by Tarsem Singh, starring Henry Cavill, Freida Pinto, and Luke Evans. The pictures and scenes in this movie are attractive. The fans of greek mythology would feel comfortable with the atmosphere of this movie. However, the film is not intended to be a real copy of the original myth. It turns it around and plays with the characters involved in creating something new. 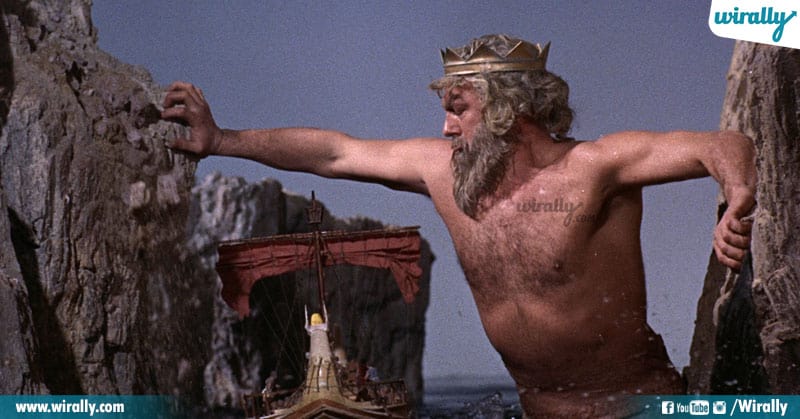 Jason and the Argonauts is a 1963 Anglo American mythological fantasy movie produced by Charles H Schneer and directed by Don Chaffee, starring Todd Armstrong, Gary Ramond, and Nancy Kovack. This film is the ideal movie that anyone interested in Greek mythology should enjoy. The film narrates Jason’s journey of how he faces different monsters. The film’s special effects might seem strange. Still, despite that, they are very advanced effects at that time—an actual demonstration of human ingenuity and creativity, its a dedicated work of art. 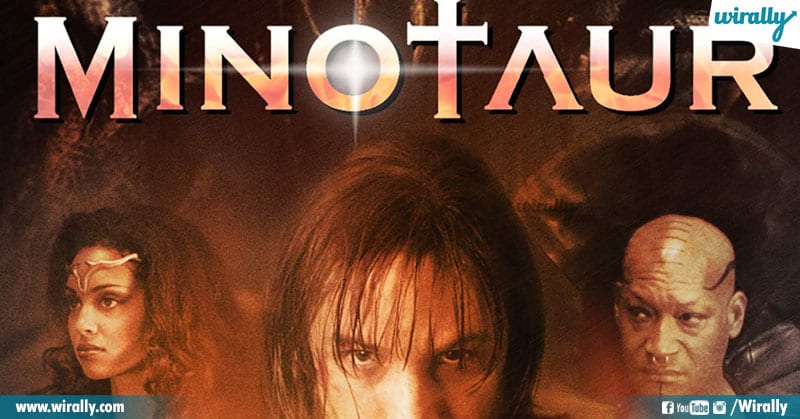 Minotaur is a 2006 horror movie directed by Jonathan English, starring Tom Hardy, Michelle Van Der Water, and Tony Todd. The film was set during the iron age and based on the mythology of the minotaur. The film narrates how Theo faces the tragedy of the kidnapping of nine people who are offered to the minotaur. Theo undertakes a rescue trip wishing to save the woman he loves. It also receives a lot of negative reviews. It is an exciting way to see the classic plot of the minotaur and the labyrinth. The only thing that is not exciting is the story’s nemesis monster. 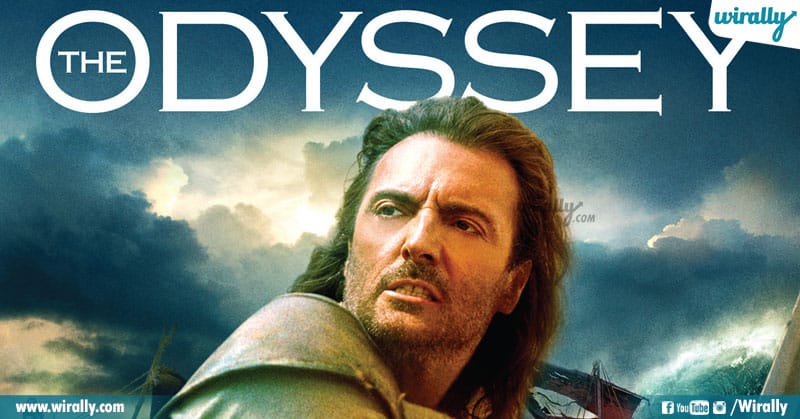 The Odyssey is a 1997 American mythology adventure movie based on Homer’s ancient greek epic poem, “The Odyssey.” Directed by Jerome Salle, starring Lambert Wilson, Pierre Niney, and Audrey Tautou. The film was aired in the United States in two-part television miniseries. If you want to get a better idea of Homer’s hard to read the text, this movie is ideal for you. The Odyssey narrates Ulysses’ trip, sent by the gods to fight the Trojan war. However, when he ends up winning the gods’ animosity, his return trip will be a whole odyssey full of dangers to the who we will face. It is a 1997 film, so the special effects will not seem realistic, but they are impressive regarding the technology available at that time. 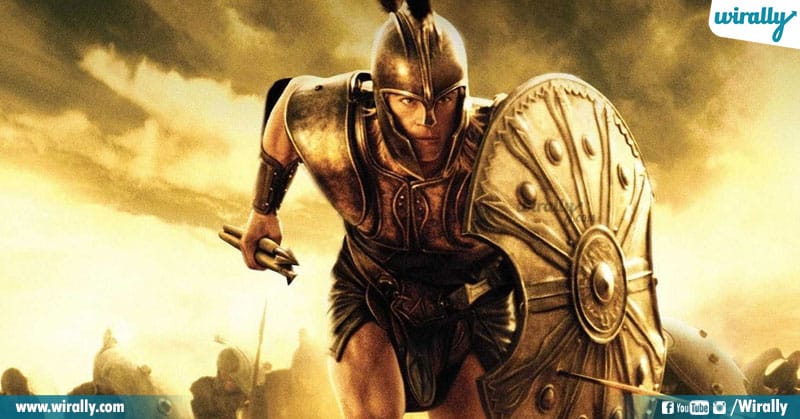 Troy is a 2004 American British epic action film directed by Wolfgang Petersen and starring Brad Pitt, Eric Bona, and Orlando Bloom based on Homer’s Iliad’s epic poem. In the movie Paris, Troy’s prince kidnaps Helena, wife of Menelaus, the king of Sparta, triggering the Trojan War in which Greeks and Trojans face a battle. The greek army attacked the city of Troy for more than ten years. Achilles, the great hero of the Greeks, represented the only hope of salvation for the city. It’s an excellent movie, with compelling performances and dialogue. There are no significant special effects, but there is a fantastic and well-represented story. 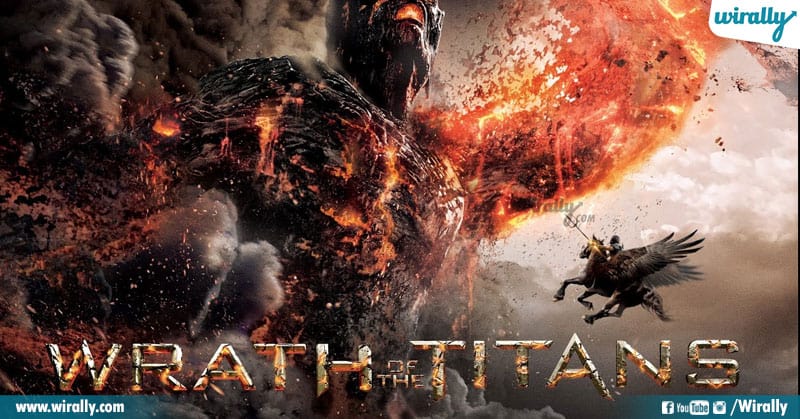 Wrath of the Titans is a fantasy film. This film is directed by Jonathan Liebersman, produced by Basley Wanik and Polly Cohen Johnson, and starring Sam Worthington, Rosamund Pike, and Liam Neeson. The film narrates how Perseus, with queen Andromeda’s help, sets out to rescue Zeus from the underworld to defeat the titans and save the world. The movie has many negative reviews, and honestly, one of the things that you can enjoy the most is seeing the monsters fighting. 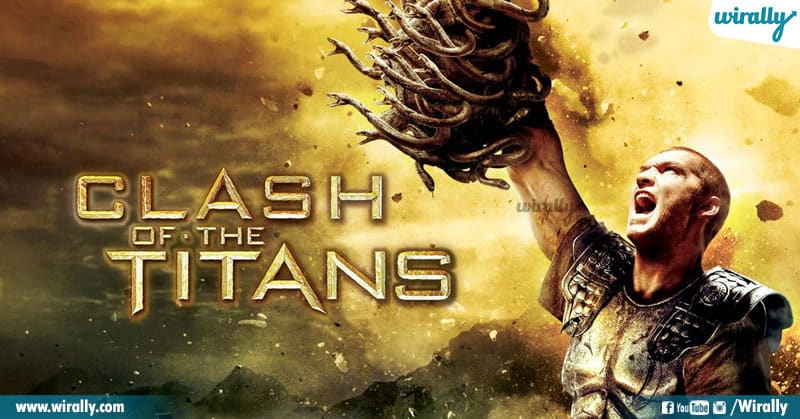 Clash of the Titans is a 2010 Australian American action-fantasy film directed by Louis Leterrier, starring Sam Worthington, Gemma Arterto, and Ralph Fiennes. It is a remake of the 1981 film produced by MGM and directed by Desmond Davis. It is based on Perseus’s Greek mythology. The film tells how the Perseus, son of Zeus, embarks on a dangerous mission to save princess Andromeda’s life. On this epic journey, Perseus will have to face powerful creatures. The movie is a real visual delight, so if you haven’t seen it, get ready because this movie will feed your imagination. Clash of the Titans was successful, raising nearly 500 million dollars worldwide. 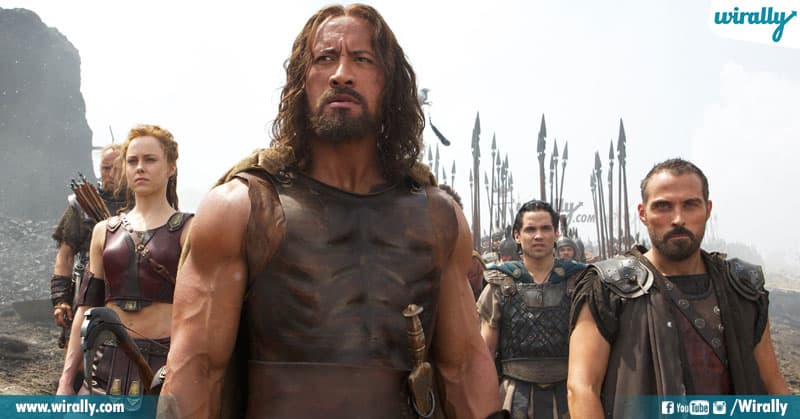 Hercules is a 2014 American action movie directed by Brett Ratner, written by Ryan J Condell and Evan Spiliotopoulos, starring Dwayne Johnson, Ian McShan, and Ingrid Bolso Berdal. It is based on the graphic novel Hercules the thrash and wars. This movie will subvert your preconceived notion about these kinds of movies and probably amuse you. However, it may disappoint the most faithful fans of greek mythology. 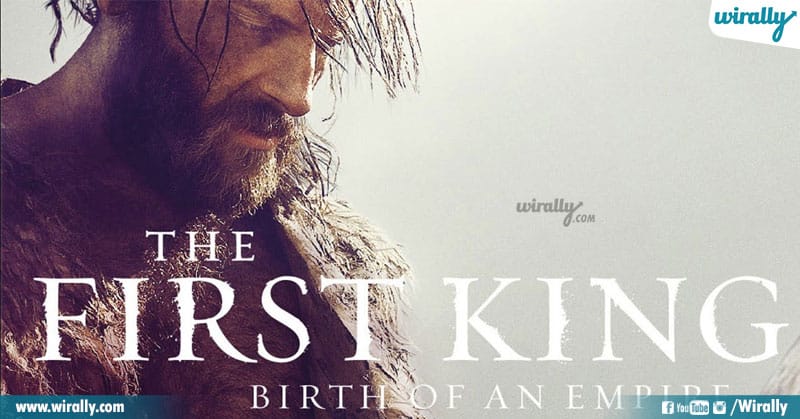 The First King: Birth of an Empire is a historical drama film featuring Alessandro Borghi, Alessio Lapice, and Tania Garribba. Matteo Rovere directs this film. The film is based on the famous Romulus and Remus myth. It is the story of two shepherd brothers, and a wolf raised one of them. The movie is about Romulus and Remus taking a journey that leads them to discover a new nation and face a dark betrayal. The film received positive remarks from critics, and it was nominated for multiple awards and won a couple of them. 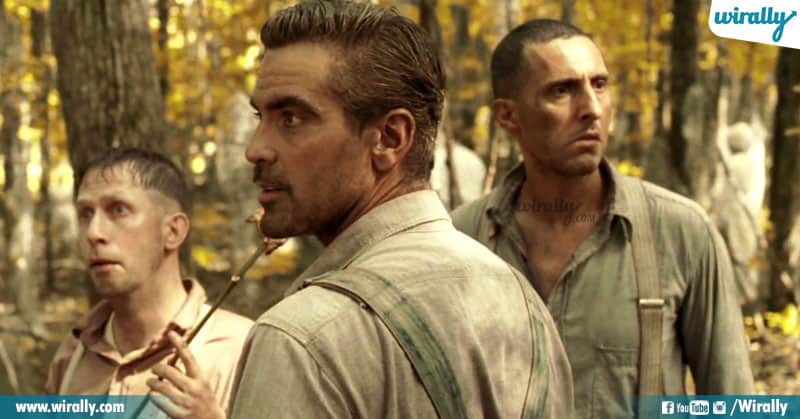 O Brother, Where Art Thou? It is a comedy-crime drama based on the epic poem “The Odyssey” by Homer. It is a film based on sarcasm that includes many parts from the iconic poem. The film is directed by Ethan Coen and Joel Coen, starring George Clooney, John Turturro, and Tim Blake Nelson. George Clooney is playing the character of Ulysses Everett McGill, who is trying to adjust to his labor sentence in Mississippi, and there he meets with Delmar and Pete. The trio takes a journey to find the hidden treasure, and in the process, they meet various characters and encounter many obstacles and adventures.

Greek Mythology has dramatically influenced Western civilization’s culture, arts, and literature. It also remains a part of western culture and communication. Since ancient times, poets, artists, writers, and filmmakers have obtained inspiration from Greek Mythology. They have discovered contemporary significance and relevance in the themes. 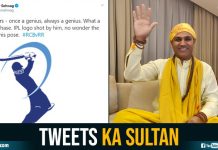 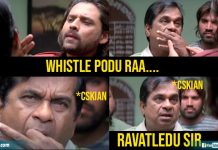 As CSK Is Almost On Assam Train, These Memes Are Making Fans Say ‘Inka No More Whistle Podu’ 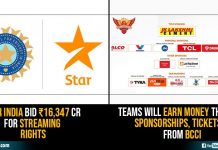 From Auctions To Sponsorship: This Is How BCCI, Teams & Players Earn Money Through IPL

10 Tweets By Viru Paaji On Present IPL Are Proof That...

These 25 Devastating Pics & Videos Show The Destruction Caused By...