One of India’s most aesthetically pleasing, and technically sound businesses is likely Malayalam filmmaking. In addition to the stories, they tell with appropriate cinematography’s universal appeal, I believe the variety of genres they cover is commendable.
The top 10 Malayalam criminal thriller films are listed below. Make sure to catch all of them.

The plot of 12th Man resembles a classic whodunit straight out of an Agatha Christie book, which the film’s creators acknowledged as its source of inspiration. It tells the tale of 12 strangers who attend a secret party after accepting an invitation from an unidentified host. After two unexplained deaths occur on the same day, it becomes ominous. Sam Alex, a police officer, turns to alcohol after tragedy strikes. But when he is asked to look into a string of homicides with resemblances in their patterns, his life takes an unexpected turn. 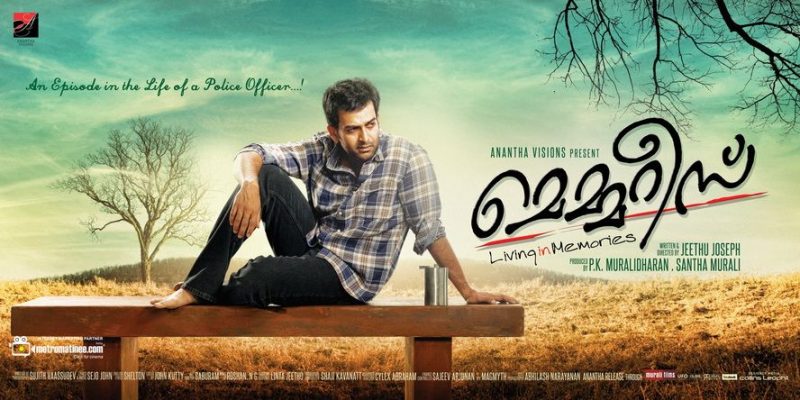 A missing actress case is being independently investigated by two police detectives. They now have to deal with the offender who has confessed to the crime but will not provide any information. After taking on a case regarding a mystery man who is jailed for a double killing, two police detectives find themselves caught in a web of deceit and betrayal from everyone they think they can trust. 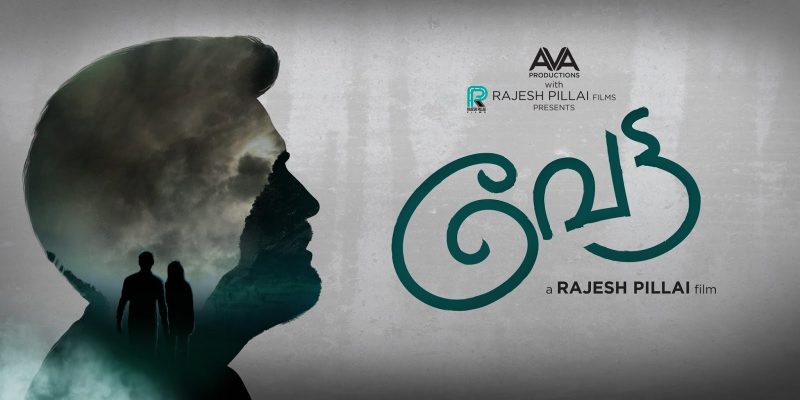 Ira is the tale of Aryan.
Aryan, like any other lover, believes that one person can transform his world into a better place. His life is flipped upside down due to being wrongfully charged with murder. Rajeev, the investigating officer, becomes a friend to him and aids him in establishing his innocence. The title character in Joseph, played by Joju George, Joseph is a retired policeman who worked for Kerala Police and was honored for his skill in conducting investigations. Joseph’s loneliness has a poignant origin. Nowadays, Joseph drinks primarily by himself and occasionally with a selected small handful of his buddies. When sophisticated crimes are committed, the authorities seek Jacobs’ assistance. Somebody Joseph sincerely cares about suffers a sad fate one day, he chooses to compromise and look into the matter. He looks into the startling backstory of the tragic situation involving his ex-wife. 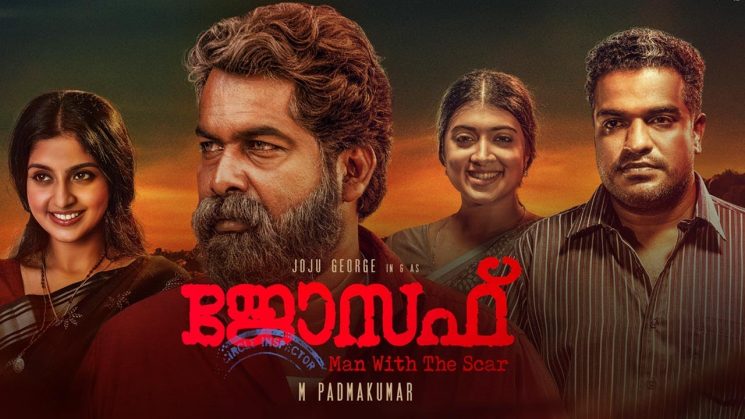 Three police officers are falsely accused of committing a crime by dishonest officials in Nayattu. They strive against the backdrop of corrupt politicians and bureaucracy to avoid being imprisoned. The cops are on the hunt for serial killers, and although the victim is a fellow policeman, will they still be able to apprehend the perpetrator and solve the mystery in time with the help of Anwar who is a professional criminologist helping the Kerala police officers in their search for the serial killers. Anjaam Pathira follows Anwar’s narrative and searches for the killers. The most original thriller to come out of India is Drishyam. With all of its unexpected turns, it keeps you interested until the very end.
In a remote hill community in Kerala, Georgekutty (Mohanlal) is the owner of a cable television network. Along with his wife and two daughters, he has a contented existence. The focus of the first half is on the portrayal of their content family. Georgekutty’s daughter Anju (Ansiba) leaves on a field trip in between the events. After a few days, she encounters a man who is on a school trip with her. He uses a video of her that he recorded on the field trip to extort money from her. He is unintentionally slain by Rani (Meena) and Anju as a result of what happens. When Georgekutty gets home, he learns about the happenings, and a cat-and-mouse game ensues because the victim was the son of the policewomen.
The rest of the narrative builds to a profoundly rewarding and surprising finale by showing how the family handles the crisis that arises during the murder inquiry. 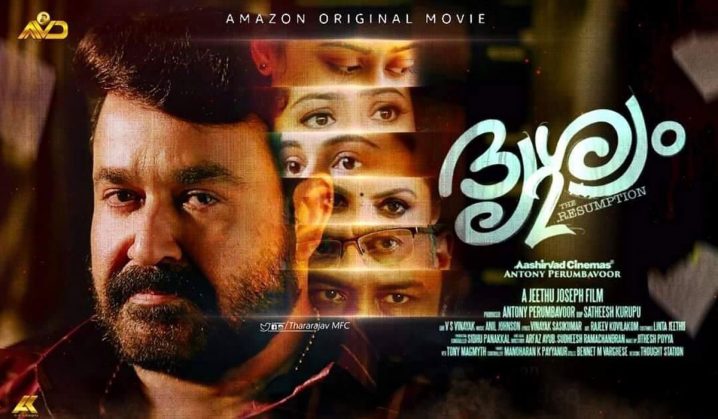 If you’ve seen the 2018 Aneesh Chaganty film Searching, you’ll see that C U Soon uses a similar method to convey its narrative. The computer screen tells the complete narrative. The story starts with the usage of an internet dating site, Jimmy meets Anu and intends to marry her. Jimmy’s mother assigns his cousin Kevin the task of learning more about Anu. It is now Kevin’s turn to look for his cousin’s missing fiancée and uncover dark, startling secrets about her. 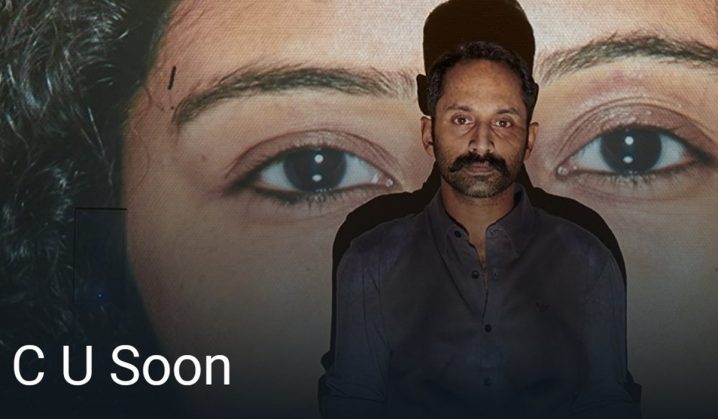 A top-tier Malayalam crime thriller, in my opinion. It’s an incredible ride from start to finish. Joji, a film starring the fantastic Fahad Faasil and filmed by Dileesh Pothan, is partly inspired by William Shakespeare’s Macbeth. It is written by Shyam Pushkaran.
The protagonist of the narrative is Joji, a dropout from engineering and the youngest child of a wealthy plantation family who dreams of becoming a very wealthy NRI. However, his father considers him to be a respectable loser. After an unexpected family event, Joji, who has been motivated by greed and unbridled desire, finally decides to carry out his intentions. Will he be able to realize his goals? 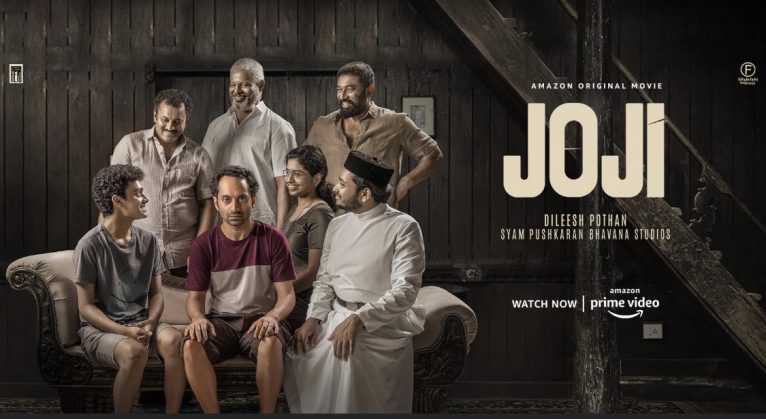