Tamil Cinema has been killing it when it comes to producing top-quality movies consistently. Over the years, we have seen several films that have not only gone on to become blockbuster successes but have also gone on to revolutionize the cinema of South India. Tamil Cinema rightly deserves the praise that it gets for constantly coming up with new and unique ideas, and setting the bar higher and higher for other industries. Due to the immense success of Tamil movies, many of them have been dubbed in Telugu, and in today’s article, we will be taking a look at the Best Tamil movies that were dubbed in Telugu. 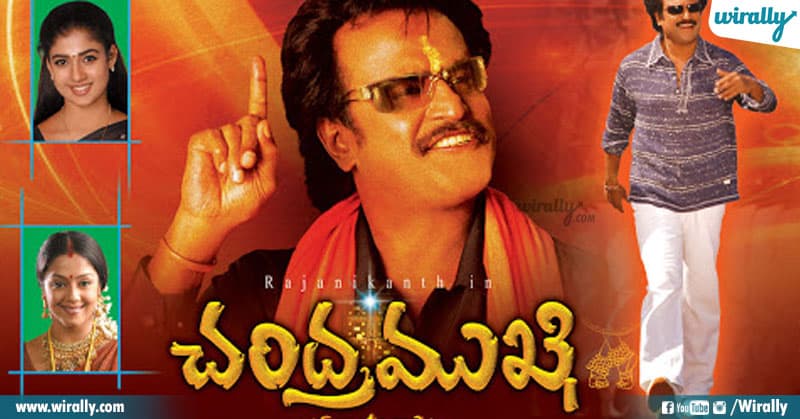 Probably one of the most popular films of all time, Chandramukhi itself is a remake of the Malayalam film Manichitrathazhu. Written and directed by P. Vasu, the film features Rajinikanth, Prabhu, Jyothika, Vadivelu and Nayanthara in the leading roles, as the film tells the story of a woman who suffers from a dissociative identity disorder. The film went on to become a major box office success, and was the longest-running South Indian film, with a theatrical run of 890 days. The film was dubbed in Telugu and was simultaneously released with the same title as the Tamil version. If you are looking for a horror film with psychological and comedic elements, then you cannot go wrong with Chandramukhi. The film is beautifully shot and gave me nightmares during my childhood. The film is full of funny gags and an intriguing story, that will hook you in right from the start. 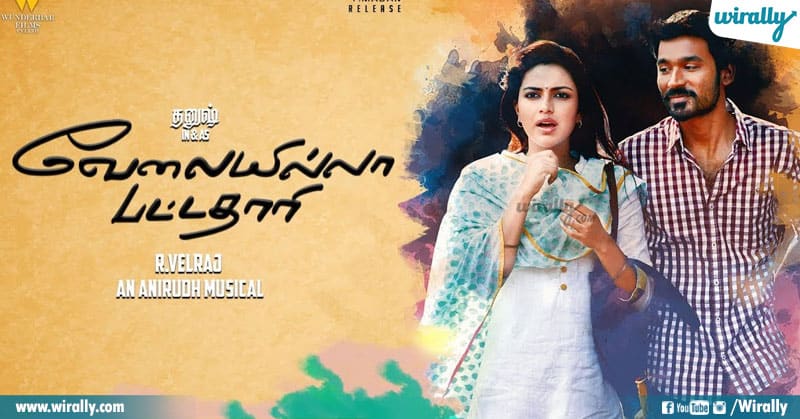 This action comedy film written and directed by Velraj, in his directorial debut, stars Dhanush and Amala Paul in the lead roles. The film tells the story of a graduate Raghuvaran who has been unemployed for 4 years when he finally gets a job, he realizes that there are consequences. The film was released on 18 July 2014 to positive reviews and went on to do well at the box office, grossing 53 crores during its theatrical run. The film was later dubbed into Telugu as Raghuvaran B.Tech and was released on 1 January 2015. Dhanush and Paul do a great job and deliver realistic performances. Velraj does a brilliant job as the screenplay is tight, the direction is good and the cinematography is top-notch, Velaiilla pattadhari takes a unique premise and delivers a strong film that you should watch. 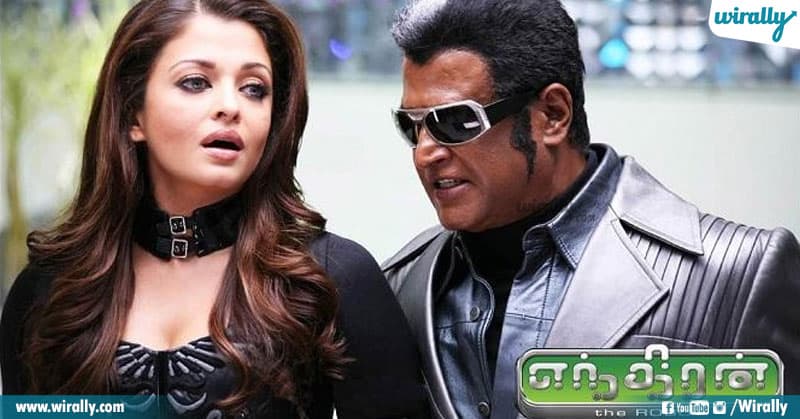 One of the most ambitious projects ever made in the history of South Indian Cinema, Enthiran is a science fiction action film written and directed by S. Shankar. The film stars Rajinikanth and Aishwarya Rai Bachchan in lead roles, as the film tells the story of a Scientist who creates an android named Chitti, things backfire, as Chitti is given the ability to comprehend and exhibit human emotions, turning him into a self-aware destructive machine. Made on a budget of 162 crores, Enthiran was India’s most expensive film at the time. The film was released worldwide on 1 October 2010, along with its dubbed versions: Robot in Hindi and Robo in Telugu, and was a major success. The film is a sight to withhold, featuring visual effects never before seen in an Indian film. Enthiran is a technical masterpiece, that should be experienced by everyone. 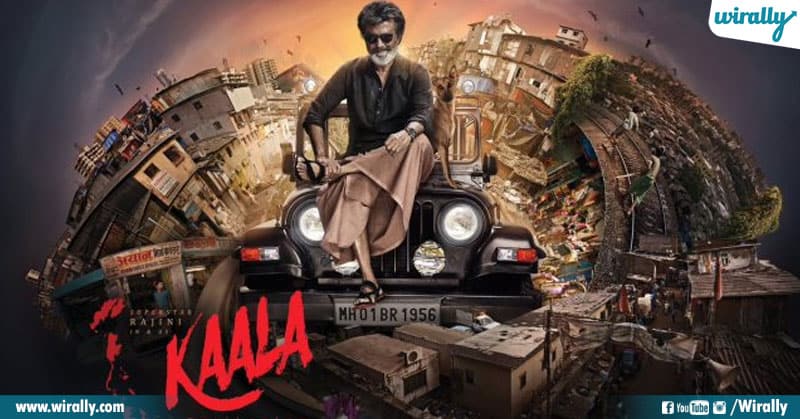 Kaala is an action drama film written and directed by Pa. Ranjith, starring Rajinikanth in the lead role. The film tells the story of Karikaalan, who fights against a corrupt politician, who is hell-bent on taking people’s land in Dharavi. The film was released on 7th June 2018 in 1,800 theatres in India and was also dubbed into Telugu and Malayalam languages and released under the same title. The film tells a gripping story, full of emotional moments, and in-process covers several heavy topics, such as discrimination, poverty, corruption and politics. Nana Patekar and Rajnikanth both deliver phenomenal performances and carry the film on their backs. The screenplay is engaging and does enough to keep the audience engaged. Though the film can drag on a little towards the end, the climax justifies the long runtime of the film. 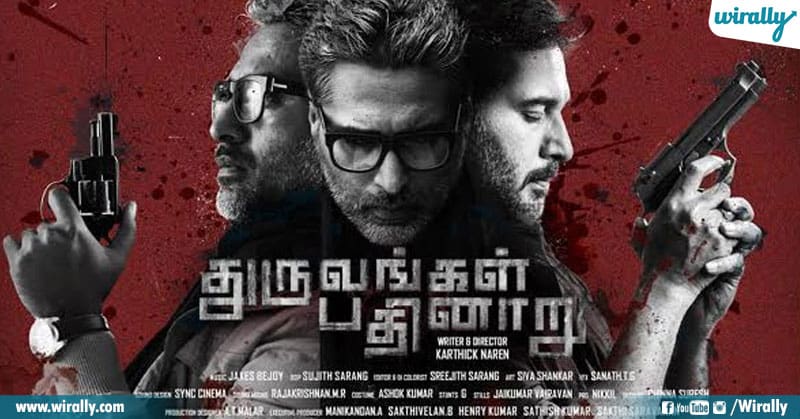 Dhuruvangal Pathinaaru is a neo-noir crime thriller film written and directed by Karthick Naren. The film revolves around a retired police officer and a young aspiring man interested in joining IPS, As Deepak narrates a story of a previously unsolved case which ended his career, the young man’s role in solving the case becomes apparent. Dhuruvangal Pathinaaru was released on 29th December 2016 and went on to become a sleeper hit, after gaining positive reviews. It was later dubbed and released in Telugu as D16 after plans for a remake were dropped. The film has all the ingredients required to make a great thriller film, the plot is interesting and keeps you engaged throughout its runtime, all the actors do a fantastic job of making the characters believable, and the climax is one of the best, which will blow your mind. If you’re looking for a dark thriller, then Dhuruvangal Pathinaaru should be on the top of your list. 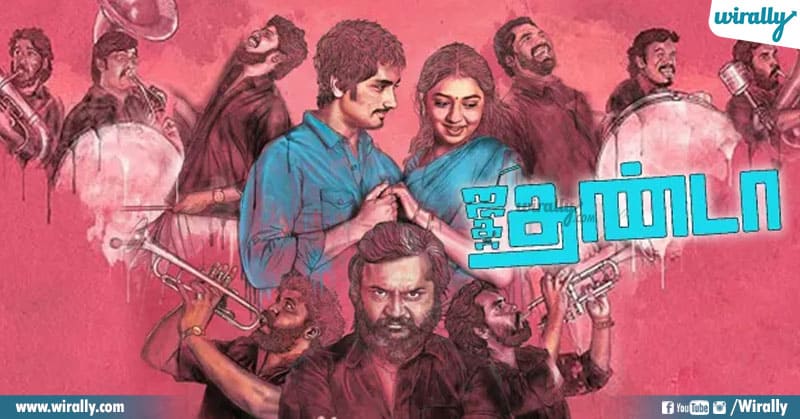 Written and directed by Karthik Subbaraj, Jigarthanda is an action thriller film featuring Siddharth, Bobby Simha, and Lakshmi Menon. The film tells the story of an aspiring filmmaker, who on his quest to make a gangster film, goes to Madurai to research about a merciless gangster called Assault Sethu. Jigarthanda was released on 1 August 2014 worldwide to positive reviews, with many appreciating the acting, script and cinematography. The film was dubbed into Telugu as Chikkadu Dorakadu in 2016 and was remade in the same language as Gaddalakonda Ganesh. Jigarthanda takes a unique premise and turns it into something great, the humour of the film is its best part, and you’ll constantly find yourself laughing out loud throughout the film. The film also has an engaging storyline, filled with some great moments that I will not spoil for you.

Also Read: Best Of Lord of The Rings Trilogy

This Massive Line Up Of Our Stars That Makes Us Say...