We live in weird times, there’s a global pandemic out there, which has forced millions of people to be stuck at home with nowhere to go and nothing to do.

One thing that the quarantine has allowed us is to spend some quality times with our families and let’s be honest, there’s only so much that a family can do together, without it turning into a lecture of some sort.

Which is why we have decided to make a list of the best web series that you can watch with your entire family. Web series have become the modern trend, and offer some great stories and characters, that we were not used to the typical soap family dramas.

With the launch of OTT platforms, several new web series have emerged that excel in storytelling and a treat to watch with the family. These web series are perfect family entertainers and contain some valuable lessons, that we hope can get your family closer than ever before. 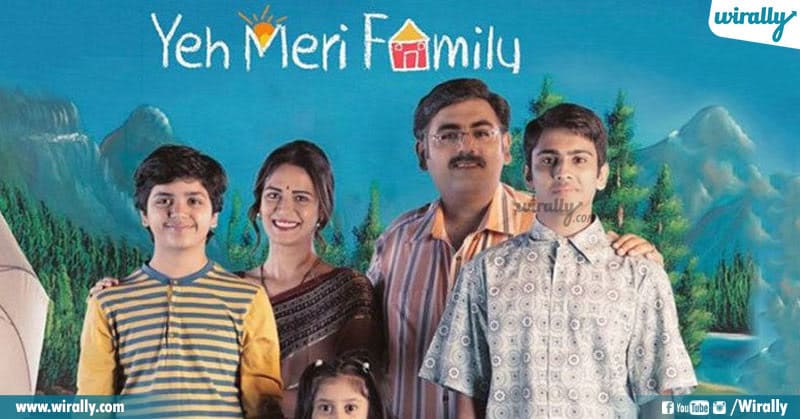 Written by Saurabh Khanna and directed by Sameer Saxena, Yeh Meri Family is a Comedy drama web series produced by TVF, it tells the story of a 12-year-old boy named Harshu Gupta, and his troubles of balancing school, family and friendship in 1990’s Rajashthan.

The series first aired on TVFPlay and YouTube and was praised for its use of nostalgia and great acting, making it a perfect family entertainer. Due to its positive reviews, Netflix made the series available on its platform. 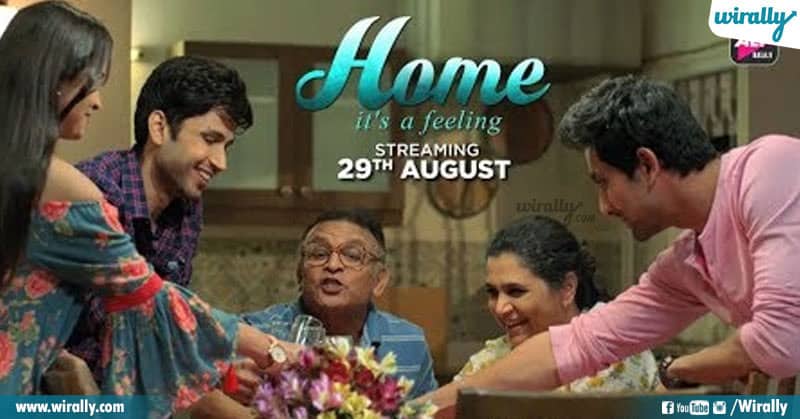 This Hindi web series created by Ekta Kapoor revolves around the lives of a middle-class family, and their fight against the authorities, when they are served an eviction notice. The series features a stellar cast comprising Annu Kapoor, Supriya Pilgaonkar, Amol Parashar, Parikshit Sahni and Chetna Pandey.

‘Home’ takes you an emotional ride through the course of its 12 episodes and features some great storytelling and magical moments. The show beautifully portrays the lives of a middle-class family and has a sense of realism, that just adds to the immersion of the show.

If you are looking for a family drama, full of feel-good moments and great acting, then Home is a great choice. 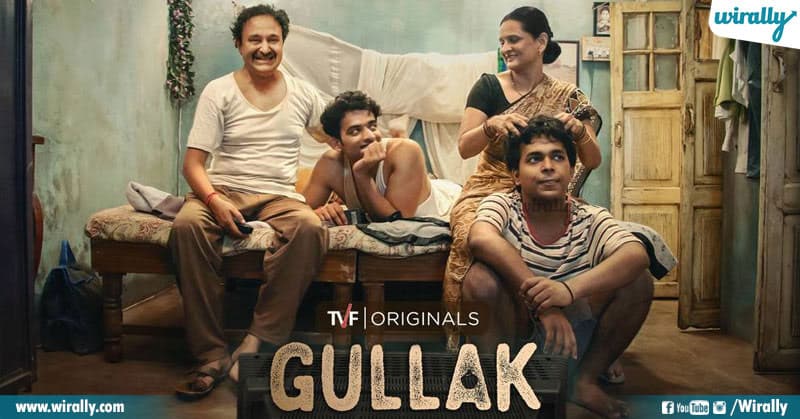 As the Narrator best describes it at the start of the show, Gullak is not a story but a series of anecdotes centred on the Mishra Family in a small town in North India. What you get from Gullak is a laugh riot from start to finish. The series takes you back on a nostalgic ride through its hilarious and entertaining anecdotes that’ll have you laughing out loud constantly. You’ll find yourself relating to the story and the characters, as the show realistically showcases problems of a middle-class family, and you’ll find yourself laughing, crying, and feeling for the characters. 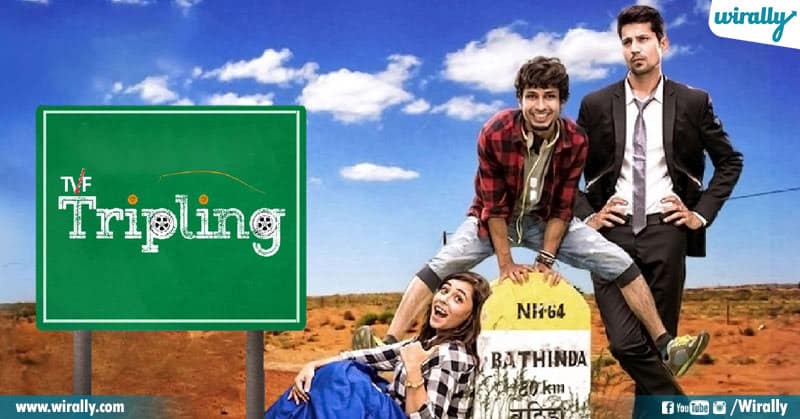 Arguably one of the most popular web series created by The Viral Fever, Tripling tells the story of three siblings as they embark on a hilarious journey to find themselves and their relations. Releasing in 2016, the series was a breath of fresh air to the cliched stuff that we were used to. It offered new ideas and unique ways to push the story forward.

The lead characters share great chemistry and complement each other well. The show is full of hilarious moments, and witty dialogues that make the story flow by smoothly. If you are looking fun show that you can watch with your siblings or cousins, then Tripling is a must-watch. 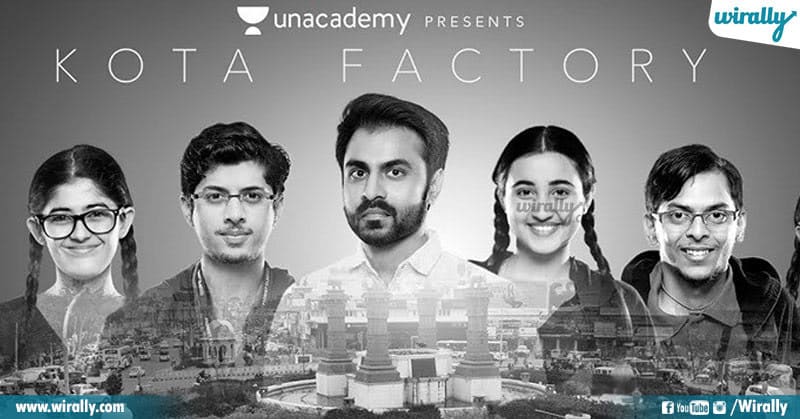 This Indian web series directed by Raghav Subbu for The Viral Fever tells the story of a young boy who moves to Kota from Itarsi to get into IIT and showcases the problems IIT-JEE aspirants face in cracking the toughest exam in the world. What you get from Kota Factory is an honest and realistic tale, full of heart-wrenching moments and great acting.

The black and white theme makes the show unique and stylish, and the story just sucks you in right from the first episode. You start caring for the characters and feel as if you are a part of this world. TVF really outdid themselves, and have created one of the best Indian web series, and one that every student and parent should watch. 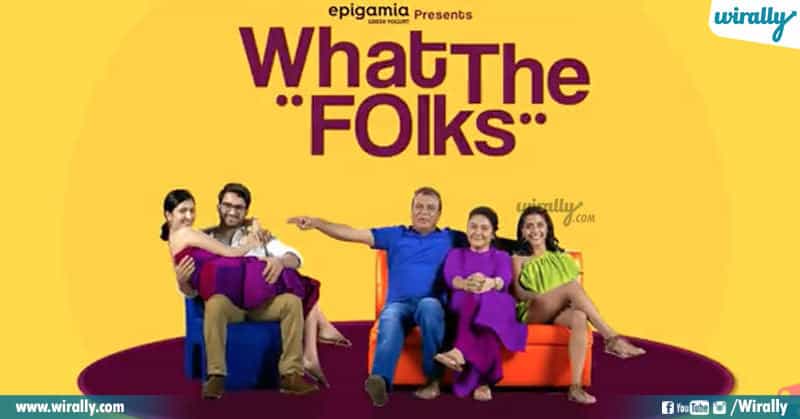 ‘What The Folks’ tells the story of a young man named Nikhil, who is forced to live with his in-laws for a few weeks. What follows is a hilarious tale of Nikhil being stuck in awkward and funny situations, as he seems to screw up everything.

The show is smartly written and the chemistry between the lead actors is phenomenal. The screenplay is tight, and the series has a realistic and sweet story that will put a smile on your face. What The Folks is a family drama full of great moments and stellar acting, making it perfect for binge-watching. 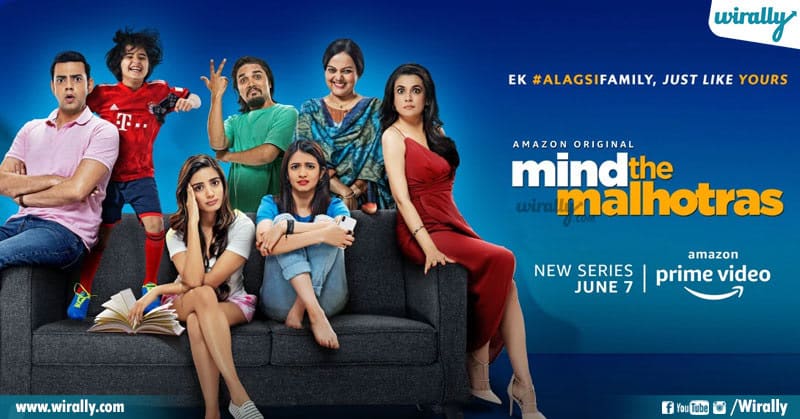 This Indian sitcom series created by Dia Mirza follows the lives of the Malhotra family. Following the divorce of another married couple within their friend circle, Rishabh and Shefali Malhotra fear the same thing happening to them and decide to seek professional help from a therapist.

What follows is embarrassing and hilarious moments in the family life ranging from problems of having three kids to the antics of an annoying mother. Mind The Malhotras is a light comedy show that features fresh ideas and clever writing, and though it tries a little too hard sometimes, the experience is still enjoyable, and one you should watch with your partner.