Vishakhapatnam’s K Swati cleared IIT entrance exams, and she is the first student from her school to get admission in IIT Patna. Her father Ramu is a cab driver. 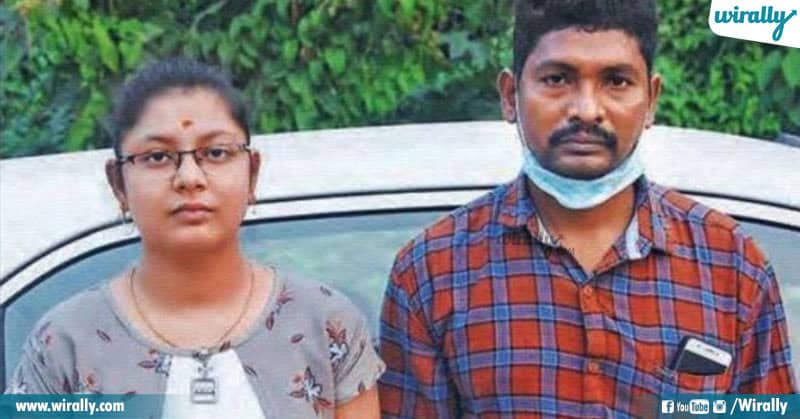 Her father shifted to Vizag from Pachipenta near Saluru in Vizianagaram in search of livelihood nearly 20 years ago. He worked as a construction worker and was hardly able to make ends meet, but he never allowed her daughter’s education to suffer because of it. Later, he began driving an auto. Then, he shifted to Madhurawada and started driving a cab.

Swati studied in Chandrampalem Zilla Parishad High School and it was here that her talent was spotted by her physics teacher Mr Murthy and headmaster Mr Raja Babu. After scoring 10/10 grade in Class 10, Swati set her sights on IIT. Her headmaster, Raja Babu, got her admitted to a private college for which he, along with some teachers, pooled money to pay her fees. With the support from her teachers and headmaster coupled with her hard work she excelled in Intermediate and secured a rank to get a seat in IIT in the Computer Science & Engineering stream.

According to Raja Babu, she has always lived up to their expectations, whether in school or college. Raja Babu again came to her rescue and gave Rs 1 lakh for her IIT admission. He feels that talented students should not be denied admissions under the lack of resources.

She says “that she mostly depended on textbooks in school, it helped her understand and gain knowledge in all subjects. However, in college, she started studying reference books apart from textbooks, and it helped her crack the entrance exams.”

Swati said she wants to appear for civil services after B.Tech and her goal is to become an IAS officer.

Her father said “I never got a chance to study atleast i want my children to study well, and i am extremely happy for my daughter”

Swathi expressed immense gratitude to her parents especially her father who toiled night and day for her education and her headmaster who helped her along the way.

All The Best, Swati…

As Ganguly’s Biopic Is On The Cards, We Suggest Few Other...

Charan-Tarak New Poster From RRR Morphed With Other Heroes, Cricketers &...

As Ganguly’s Biopic Is On The Cards, We Suggest Few Other...

Charan-Tarak New Poster From RRR Morphed With Other Heroes, Cricketers &...

Failures, Falling In Love, Nazriya Saving His Life: A Must Read...

Some Fierce Battles We Are All Waiting To Witness In The...