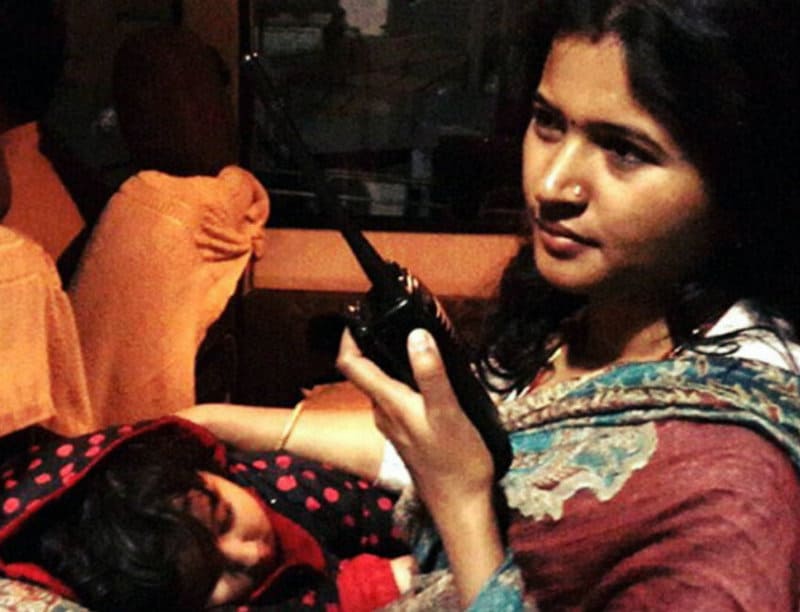 We have all seen instances where government officers have been the definition of dereliction of duty. Internet memes, trolls, Whatsapp forwarded jokes, they’ve earned it all. But how often have we seen someone step out of their comfort zone to serve others? Nope, we are not asking for examples from outside India. This is about a Brave-heart Indian mother, who put her comfort behind to fulfil her duty as a government officer and a guardian of the society.

There was a time when we all proudly shared pictures of Mrs Ronzulli, an MEP from Italy who has been taking her daughter Vittoria to the parliament ever since the infant was a just six-week-old to the time her daughter was around five years old. If that is a symbol of dedication and commitment to work from a public representative, India has its own Licia Ronzulli to boast of in the form of Raipur DSP Archana Jha , who did not let her pregnancy come in the way of her duties.

Exhibiting great courage and devotion, this superwoman was busy patrolling the streets with her baby post delivery. She availed herself of just four and a half months of maternity, which is not even a quarter of the privilege that the central offers female staff.

The granted tenure is two years. And she was seen working on the security arrangements for the Chief Minister’s event, in the bustling city of Chhattisgarh, during her pregnancy. Well, she doesn’t seem to put her duty to rest even post delivery and sets out to patrol the streets making it safe for the citizens at night by taking her newborn along.

Kudos to her courage. More power to you!

Virat Kohli Is The Prince Of Cricket With His Wonderful Quotes...

This Open Heart With RK Spoof On India As Father And...

7 Most Powerful And Strong Mother Characters In Telugu Films