In India, we cannot do without Chai. It is staple and necessary food item and we honestly cannot imagine our days without it. Most Indians start their days with a piping hot cup of chai. It comes in several flavours and varied combinations. Chai has now gained global recognition so much that in most western countries it is now consumed as Chai Tea Latte.
There are several other westernized versions of our favourite chai, but our hearts beat only for our Indianised or desi version of chai. So here are 8 varieties of chai that all the Indians absolutely love. 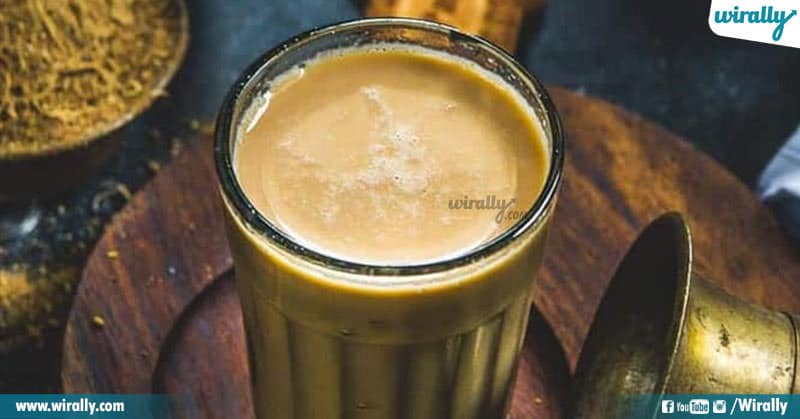 Masala Chai is a classic. On a cold day or on a day you are not feeling good, all it takes is a cup of Masala chai to make you feel good about your lives. The tea is flavoured with Indian spices like cardamom, cloves, cinnamon, black pepper and ginger. These are the most-used spices, and the varying amounts of the spices can be changed. 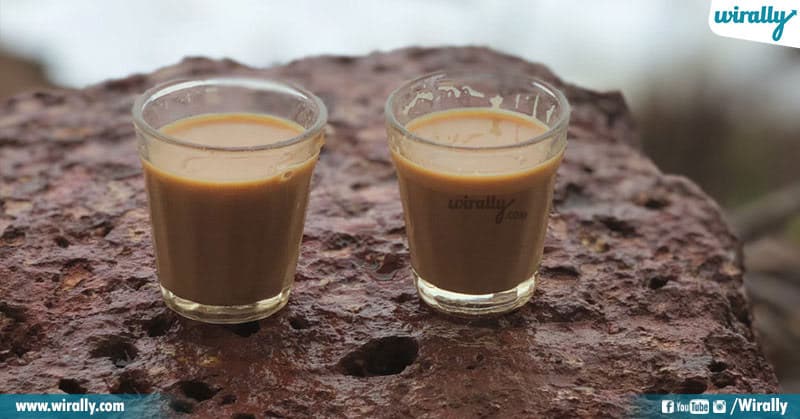 Bombay or Mumbai has its own take on chai. Cutting chai literally translates to cutting the chai in half. The chai is typically half a cup, not full but enough to refresh your mind and body. Cutting chai is also very cheap and is usually served with a Bun Maska. Honestly, we cannot think of a better combination than this. 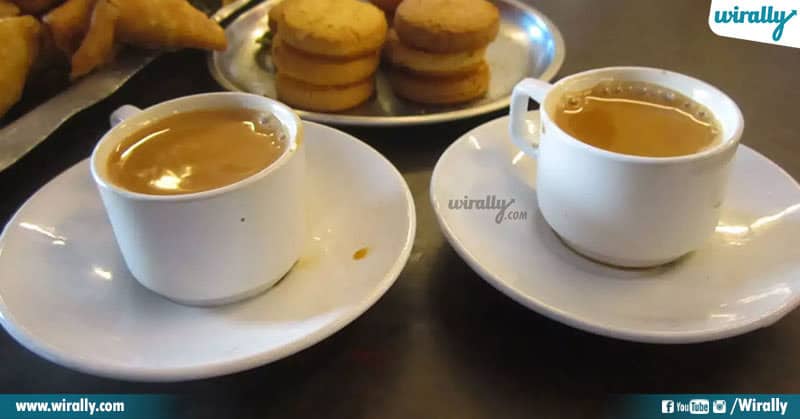 Our very own Irani chai makes it to the list. Sipping a hot cup of Irani chai by Charminar, munching on Osmania biscuits is one of the best feelings ever. Irani chai is made with spices like cinnamon or green cardamom, but there is an addition of mawa or khoya to it, making it creamy in texture. 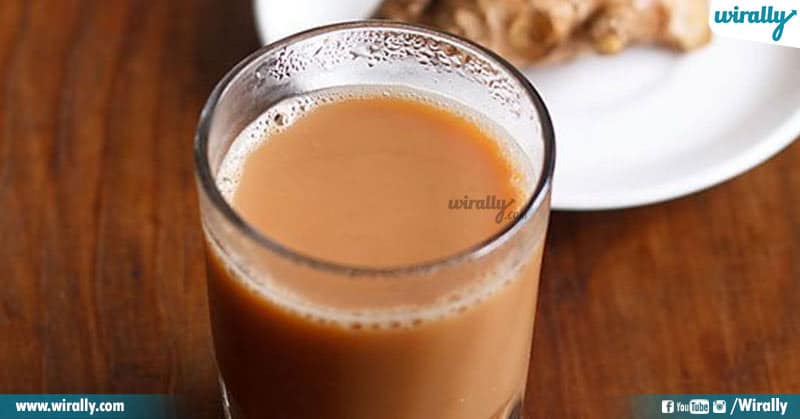 On days, we don’t feel good, adrak chai comes to our rescue. Adrak means ginger and this is a hot favourite. Ginger is grated and added to the chai while it is brewing and this adds a flavour to the chai. Adrak chai is also known to cure cold and flu. 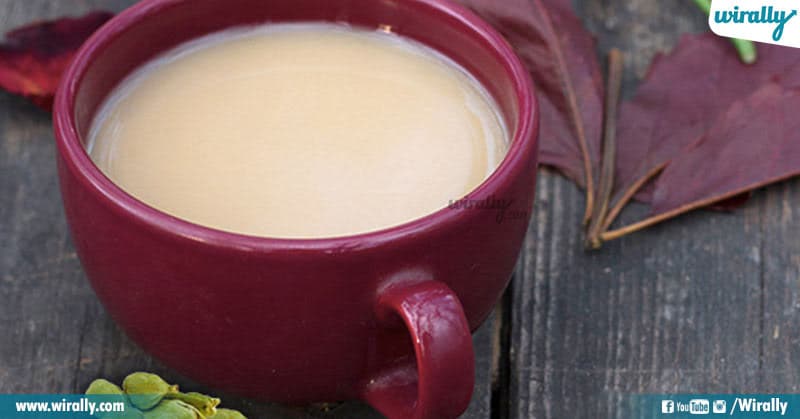 Another chai which is loaded with antioxidants and health benefits is Elaichi or Cardamom chai. Freshly powdered elaichi is added which gives the chai its sweet taste. You can also add powdered cinnamon for that extra kick of flavour. 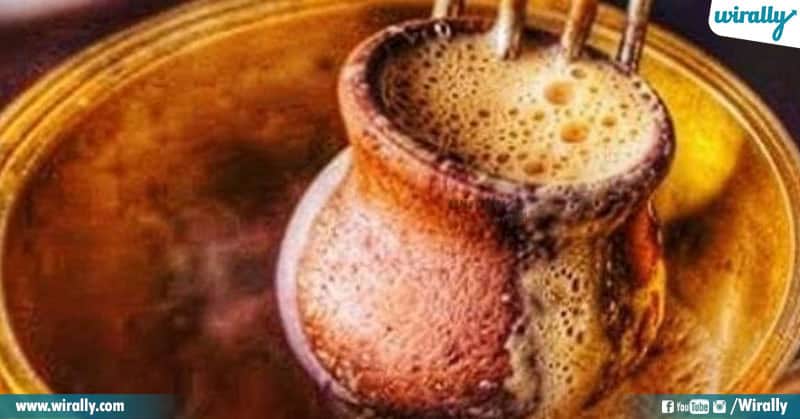 Tandoori Chai has become a very popular trend in India. This type of chai is made with placing empty earthen pots or kulhars in a tandoor and once they are roasted, half steamed tea is poured to the kulhars, it froths over and gets fully brewed. The earthen pots and the tandoor gives it a very earthy fragrance. 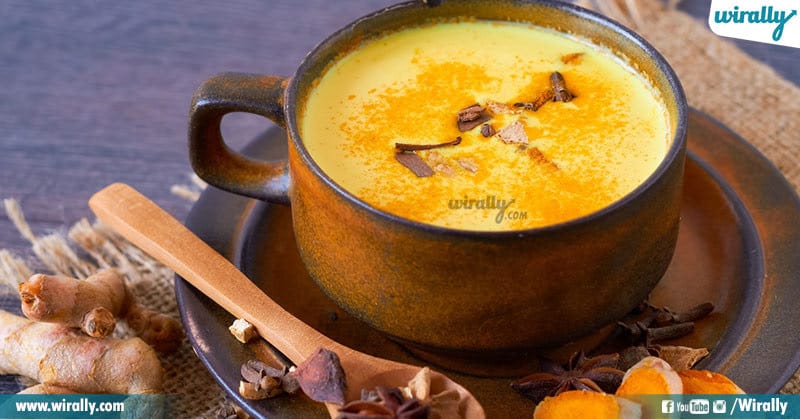 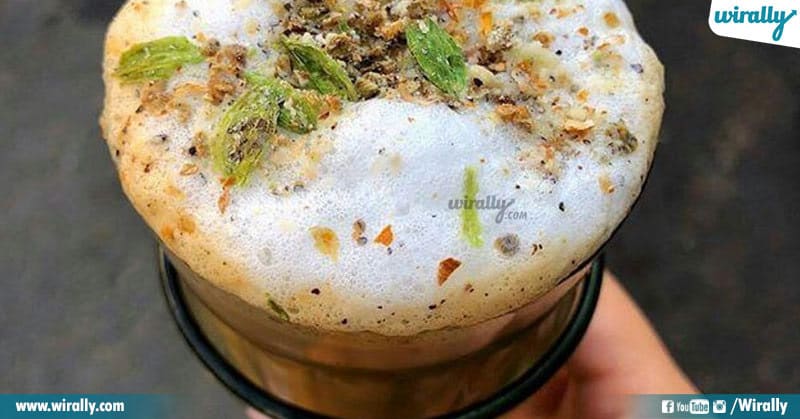 Badam tea has a very refreshing taste and its primary ingredient is badam or almonds. In badam chai, badam is finely chopped and is ground to powder. The powder is then brewed with tea or mixed in milk. The badam powder gives the chai its unique flavour.