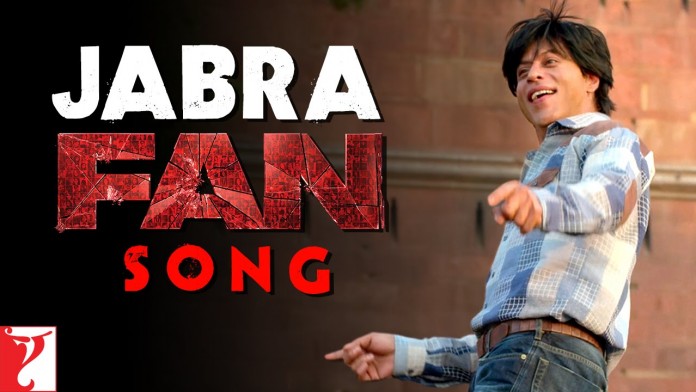 FAN Anthem, The first song of Shah Rukh Khan starrer Fan has been released. Yup..!! Thank You Very Much SRK Fans. The particular Main Tera Fan Hogaya’ has been composed by Vishal-Shekhar. Fan directed by Maneesh Sharma, is being made under the banner of YRF. The movie sees Shah Rukh Khan in the titular role, that of a fan of Shah Rukh ( The Star ). The trailer has already garnered quite a lot of interest and has thrown up never before seen facial dynamic visual effects.

Shah Rukh  at Hansraj college, where he has studied and will be launching the song on campus. Why there you ask? Well the Picture says it all

When @iamsrk Was In Hansraj College 😀
FAN ANTHEM TODAY pic.twitter.com/wOiDjRBrZN

And Then he relived the memories, asking his teachers to come on Stage and well, he confessed to being a FAN of them

And Ladies and Gentlemen, We give to you the FAN Anthem