TVF’s channel ‘Girliyapa’ decided to take the issue of marital rape up in a different way. Spoofing the popular American sitcom ‘How I Met Your Mother’, they created a short sketch called ‘How I Raped Your Mother’. In a very sitcom-esque style, we see the protagonist ‘Devi’ talk to her family about getting raped. The family reacts violently until they realize she’s talking about marital rape. The mood changes instantly. ( Video Above )

Provocatively titled How I Raped Your Mother, it starts off with Devika (Aakanksha Thakur) sitting down with her extended family and confiding in them that her husband Arun (Anandeshwar Dwivedi) has been forcing himself on her.

The sketch has been shot like a multi-camera sitcom, with a laughter track that is manipulated to make the video a deliberately disturbing watch that makes sharp observations about patriarchy and demonstrates the ease with which sometimes horrific things in our society are mansplained away. It uses sarcasm for the sake of social commentary, not comedy.

Marital rape is a quotidian crime in India, which is one of the few countries in the world that still hasn’t criminalised it. A 2014 study conducted by International Centre for Research on Women (ICRW) and United Nations Population Fund (UNFPA) in eight Indian states, as reported by The Hindu. 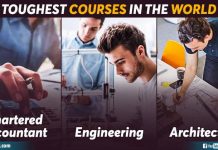 Foreign Tourists, Including A Spanish Woman Attacked And Molested In Ajmer…!

Namasthe Yo! – Hyderabad on Tongue Twisters

Know Who Owns What? Telugu News Media Channels And Their Owners