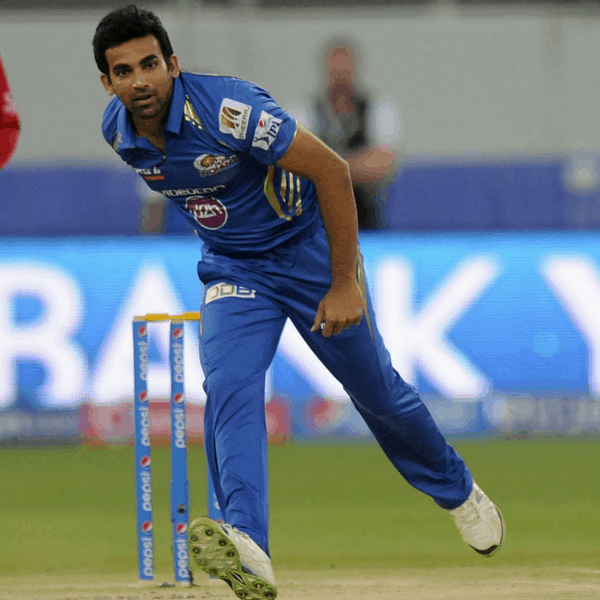 There was Kapil Dev, but he extended his career by at least five years to get to the highest wicket taker status in Test cricket. In the last five years of his career, Kapil Dev was a shadow of his past.

There was Javagal Srinath – a genuine fighter, with genuine pace. But he was too gentlemanly to be taken seriously by the opposition. Javagal Srinath never had any support from the other end, and didn’t seem to inspire the best from his team mates.

And then, sometime around 2000, Zaheer Khan broke into the scene by bowling a vicious bouncer to Steve Waugh. Waugh, along with the rest of the world, stood up and took notice of the lean fast bowler with a huge stride.

Over the next 15 years, Zaheer Khan was a part of every Indian victory. He was our hope, our prayer. When Zak had the ball, you knew he wouldn’t do something stupid. Unlike Sreesanth, or Varun Aaron. Zaheer Khan announced his retirement today, and there will be much debate on who was the greatest fast bowler India ever had.

But for me, Zak is the man.

1. Actually Aggressive: Before Zaheer Khan took over, Indian bowlers were rarely seen as dangerous. There are videos on YouTube where Srinath bounces Ponting, only to run up and say ‘Sorry!’. To which, Ponting replies by saying, ‘F–k off and bowl’.

But Zaheer, you couldn’t do that to him, man. He’d bowl you an exquisite in-swinging good length delivery, beat your outside edge, and then glare at you like he was your Maths teacher and you didn’t know 2 Table. Zaheer Khan was the first genuine Indian fast bowler who was aggressive, and had the skill to back it up. He could swing the ball both ways, and was lethal with the old ball. He was good in India, but absolutely lethal abroad.

2. Took people under his wing: In spite of his records, Kapil Dev is often criticized for shortening the career of Srinath and others who were way better and faster than him. Even when Srinath was leading the side, he was the lone fighter.

But Zak was a true leader. Unlike other fast bowlers who’d cool their heels at Mid-wicket, Zak would field at Mid-off. After every delivery, he’d walk up to the bowler, talk to him, give him tips. And the result showed. When they played under him, RP Singh, Nehra, and even Sreesanth were transformed bowlers. Watch them when Zak wasn’t around, and they’d spray the ball around like an African kid with diarrhea.

3. Consistently performed overseas: Earlier, Indian fast bowlers would bowl at 135 in India, and 140 overseas. That too, if they had it in them to reach 140 in the first place. But Zaheer Khan was a different person altogether when he toured overseas.

His best performances have all come in grounds in New Zealand, Australia and South Africa – traditionally India’s worst hunting grounds. But Zaheer stood up to the challenge and bamboozled batsmen in their own dens. All the while glaring at them when they missed the ball, and smirking at them when the ball kissed the stumps.

4. Stood up as the leading man: During the most crucial tournaments, you could trust Zaheer Khan to stand up and deliver. Whenever Zaheer was given the ball, you expected him to nail the openers with every delivery.

The records speak for themselves. Zak has 44 wickets in only 23 World Cup matches. He was also the highest wicket taker in the 2011 WC which India won. He still calls it his greatest moment in the spot. Zak finished his career with 311 Test and 282 One Day wickets.

5. Adapted with age beautifully: As age got to him, Zaheer didn’t behave like dumb Pakistani bowlers, who still run full steam and collapse at the end of two tournaments. He adapted – and how! While his counterparts were shooting ads, Zaheer was playing county cricket with Worcestershire in England.

He cut down on his run up, but kept his jump intact. As he grew older, Zaheer Khan transformed from Michael Corleone to Vito Corleone – the elder statesman who guides the youngsters! His pace came down, but that brought with it razor-edge accuracy.

Perhaps the true testimony to Zaheer Khan’s splendid career is the fact that I’ve never seen him bowl a delivery and said ‘Arey yaar, kya kar raha hai?’. While injuries ate up most of his career, Zaheer Khan set up ProSport Fitness & Services to help sportspersons deal with injury and the ensuing stress and trauma.

I was too young to watch Kapil Dev. By the time I started watching cricket, Javagal Srinath was as good as L.K. Advani.

For me, Zaheer Khan will be the best fast bowler India has ever had.

The guy who knew he was better than you, and stared at you for ten painful seconds after making you look like a fool.

Goodbye, Zak. Every time I see a Varun Aaron or Sreesanth, I’ll remember you fondly. Have a good life.