Nowadays internet has provided us with various numbers of platforms where we can binge watch movies and T.V shows at home. These platforms allow us to have a good time watching end number of web series either with family, friends or even when you are alone isolated in your homes just like in this pandemic situation. These web series are rated according to their level of engaging and the amount of attention they receive. If you are looking for the top rated web series to watch at home then here’s a list to help you. 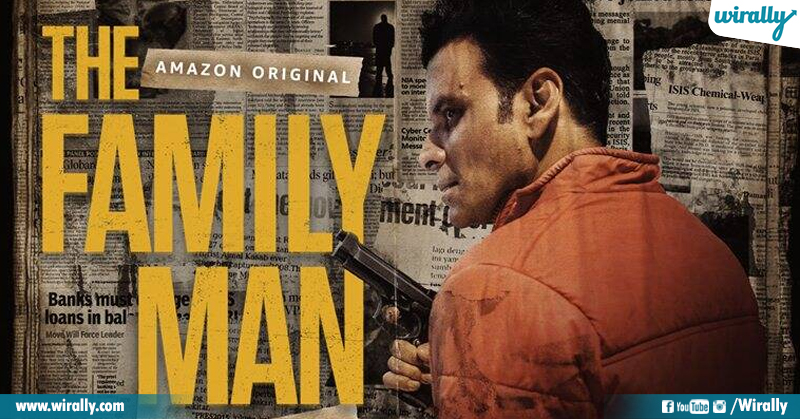 The Family Man is about how Shrikanth Tiwari, an agent of TASC, which is an intelligence agency, is given a mission to stop a blast which was located in a chemical factory by a mission of the terrorists named as “Zulfiqar”. The whole series is about how he balances his work life and his personal life all together. It also sends a message that the duty of the national security workers is not as easy as it seems. They have to go through a lot in order to stay low key and also handle their family simultaneously. It’s an action drama series which showcases how a middle class man working in a National Investigation Agency can save his nation and also protect his family. The sequence of the first part is also out now. It is one of best rated web series available to watch on Amazon Prime. 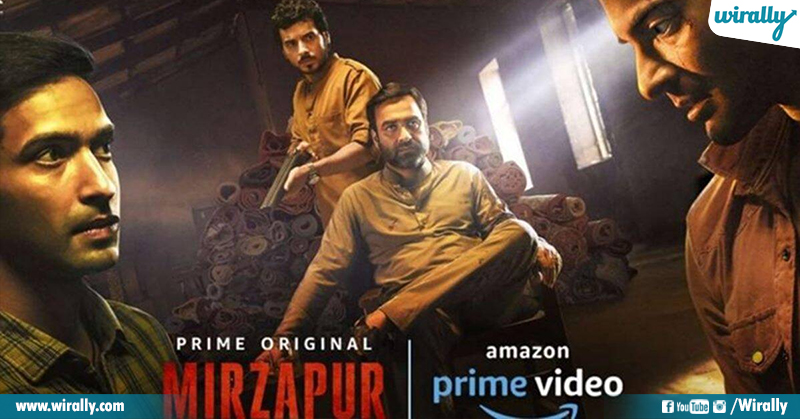 Mirzapur is a revenge drama including many gun fights and action scenes which are loud and heinous. Just when we think there couldn’t be more dead bodies in the first season, the sequence has more counting in dead bodies with more blood and hatred. All the action and killings revolves around Munna, who have become really popular since the first part has come out. If you like a web series where there’s revenge, outrageous killings, gun fights and violence then this web series is the perfect one to watch. Mirzapur is a deadly combination of politics and power which makes it more violent. The popularity of this web series among the common people has made it one of the top rated web series which is available on Amazon Prime Video. 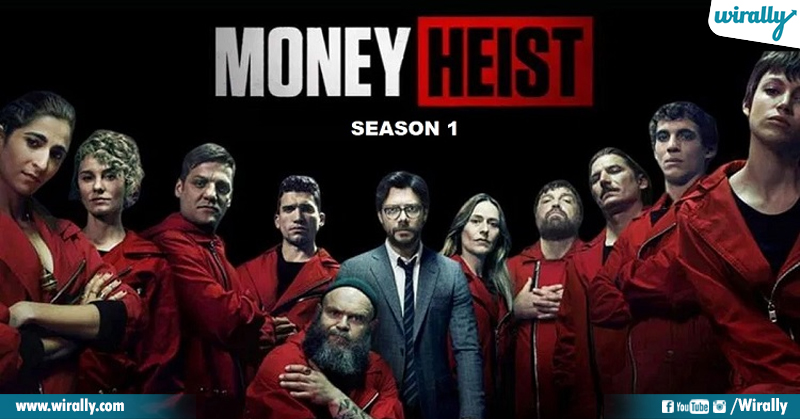 Money Heist is a Spanish drama also named as La Casa De Papel. The whole series revolves around a heist which is planned by a group of people. There’s action, gun fights, violence, mystery and all kinds of aspects that make the viewers keep eagerly waiting about what is going to happen next. The plot of this show is so intriguing which keeps unfolding twists one after the other about the social problems of the current time apart from its dramatic execution which keeps the viewers engrossed. Its way of execution and the story telling is so unique that its one of the highest rated web series of all time which is available to watch on Netflix.

Ghum hain kisike pyaar mein is a web series which has kept their audience hooked on the interesting story line which also allowed them to reach 100 episodes of their series. This series have gained a lot of popularity among the audience and have also crossed the TRP ratings in the recent 2 months. The viewers have been showing much love to the lead actors Virat Chauhan, Sai and Patralekha since the first episode of the series. The gripping storyline and the excellent performances of the cast has made it one of the best rated web series of all time available to watch on Disney+ Hotstar. 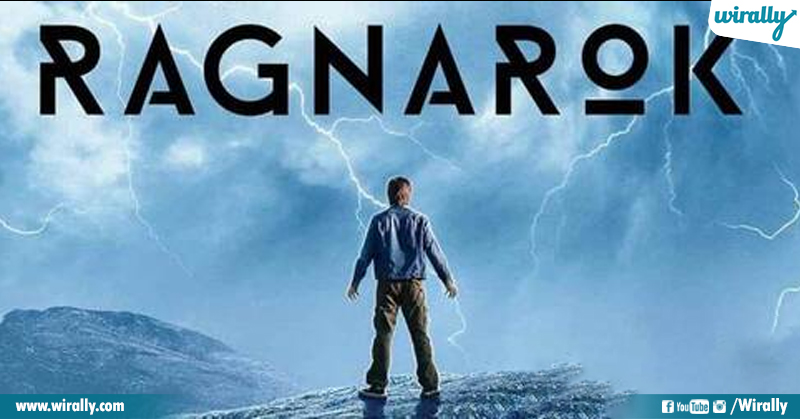 Ragnarok is another teen drama series with Viking mythology added to it which makes it intriguing. Ragnarok means the end of the world by natural disasters that occur one by one. Usually when people hear about this drama they think it’s a funny teenage drama with laughable content but instead it’s a description of the end of the world which is showed in a very interesting context. It is about Magne, a young dyslexic boy who tries to save the world by stopping the natural calamities. If you are a fan of Viking mythology mixed with some teenage drama then you should definitely go for this movie. Ragnarok is one of the top rated web series of all time which is available to watch on Netflix. 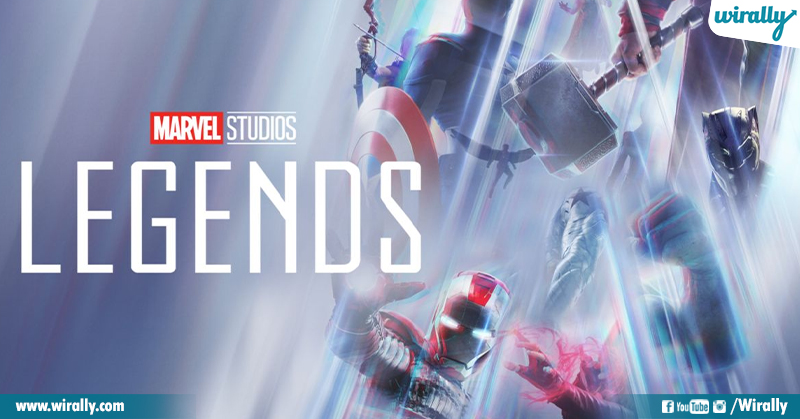 To all the Marvel fans in the entire world, this web series is a ray of hope in this pandemic crisis. This web series is a recollection or refresher of all the heroes and villains from the Marvel Cinematic Universe (MCU). This web series makes the fans re live through the memories of the characters and their relationships. It showcases true emotions and love that the characters have for each other. For those who are taking their first steps into the world of Marvel then this series is perfect for them as it’s the perfect introduction if you want to know the characters individually. Marvel did a great job creating this series and surprising their fans with this best rated web series which is available to watch on Disney+ Hotstar. 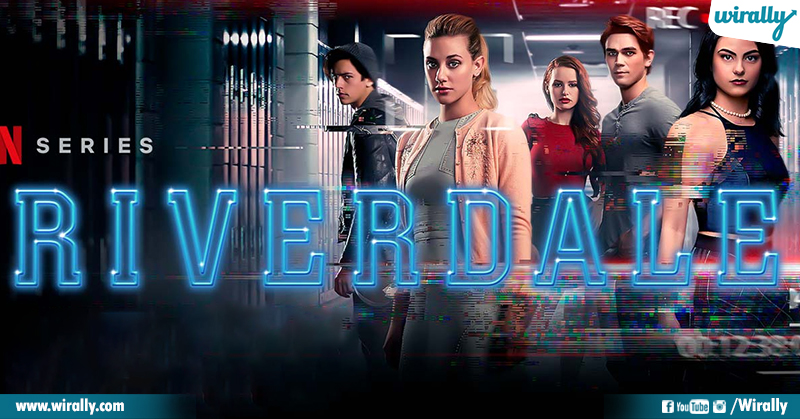 Riverdale is a small town which is filled with dark secrets and crimes that the 4 friends Betty, Jughead, Veronica and Archie try to solve and discover. It’s a crime thriller where there are crimes and violence mixed with teenage drama. The four characters are so well designated that it makes us adore them and their relationships. If you like mystery, investigation, crime and dark secrets mixed with a tint of drama and romance. Riverdale is yet another crime thriller but with great execution and storytelling which makes it our favorite and also one of the top rated web series of all time which you can binge watch on Netflix. 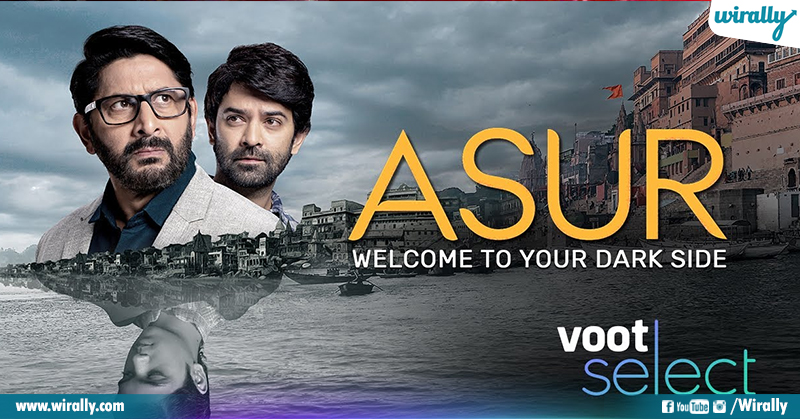 Asur is a series which is all about the outrageous murders by a serial killer who strongly believes in Hindu mythology. This killer challenges the best team of forensics to find out the dark mystery behind these murders. This is all what Asur is about, yet another crime thriller with brutal murders, investigation and mystery. With a great competition on the international level for the same concept, this series managed to be on the top list. The main aspect of this series is the Indian mythology which makes the killer seems more dangerous and psychologically challenged. This aspect makes the audience want more and also makes it one of the highest rated web series which is available on Voot. 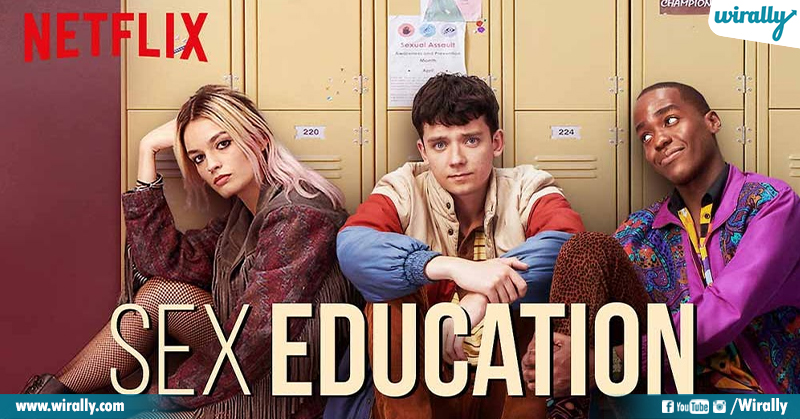 Sex Education is about a young boy named Otis, who is socially awkward and needs some advice or knowledge on love making. Fortunately his mom is a sex therapist and he gets a personal sex education at his home itself. When he realizes that some students at his school are facing the same problems, he decides to team up with a bad girl of the school named Maeve. They plan to start a secret sex therapy business and try to help their classmates who are suffering from situations related to it. Though talking about sex is a very big deal, this series have brought some confidence in students and younger generation. It’s a fun teenage drama which also gives some knowledge in addition to entertainment. It is one of the best rated web series available to watch on Netflix. 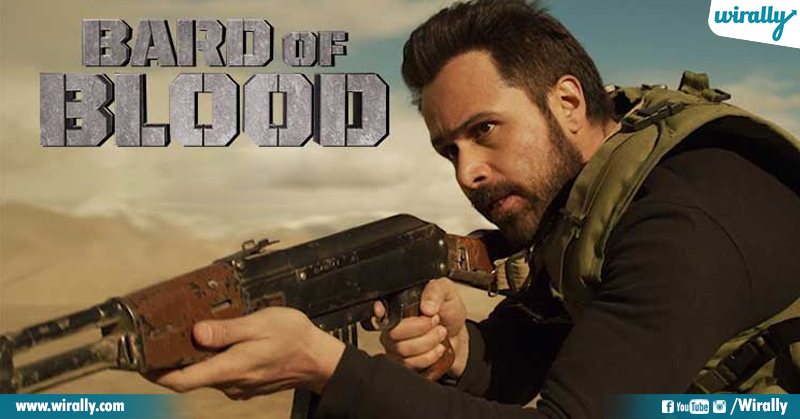 Bard of Blood is a spy thriller based web series which focuses on an ex-IIW agent, Kabir Anand, who is already suffering from Post Traumatic Disorder (PTSD). As to start a new life he decides to work as an English teacher in Mumbai but one day his past found its way towards him. Kabir was given a mission where he and his team of intelligence plan to go to Balochistan to rescue the other four agents who have been held hostages by the Taliban. Among all the web series that are based on crime thriller or spy craft, this is considered as one of the top rated web series. It’s a perfect weekend watch with family available on Netflix for binge watch.