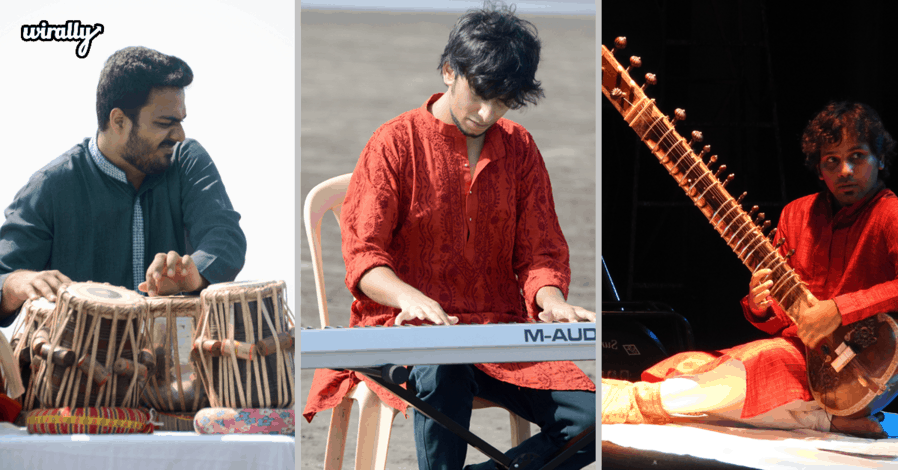 Facebook
Twitter
Pinterest
WhatsApp
It was not very long ago that I came across this YouTube channel which recreated popular OST themes of the world into Indian fusion music. The channel in question, The Indian Jam Project, which in a very small amount of time, has arguably owned up the space of rendition music, with some glorious musical versions of Game Of Thrones, Interstellar, and even Pirates Of Caribbean. It was only a matter of time that I found myself talking to its lead music arranger, Tushar Lal, and got to understand what made them click. Read On…

Hello Tushar , I’ve been following the works of Indian Jam Project for quite sometime now ( the latest being The Harry Potter recreation which just blew me away ). Could you therefore take us through this journey of seamless music recreation?

Hello, So now, Indian Jam Project is a collaborative platform where musicians come together to be play Indianised adaptations of western Tv show themes, Hollywood scores, etc.
My job is to compose all the Indian bits for all the Indian instruments and fuse them with the original score to make it sound more emotionally evocative, basically to make the arrangement, so accordingly I choose the themes! It all started a year back, I wanted to do something Indian to Game of thrones! We shot the first video in my room and from there things grew really fast! I remember that video…Everyone fell in love with your feature on Interstellar and Harry Potter ( I’m a huge fan of these specifically ) and of course many others, But What was in them, that spoke out to you guys in a way that you chose them over any others? Only a few musicians have managed to actually preserve the essence of these tracks while infusing a different culture into them, how did you manage to do such?

I think when it comes to fusion music, the thinking needs to be very holistic. If you analyse both the pieces, Interstellar is too much soul and Harry Potter is a lot of skill! Both these things should be showcased properly while keeping the essence intact. The Indian bits in interstellar (on flute especially) give the whole track an extra edge! While in Harry Potter, there was so much to do skill wise, its was highly unlikely for it to turn out bad! Also, they are very appealing to the mass, so that’s always a plus point!

Apart from the mass connect, is there something you actually look for, specifically, in the manner of genre or theme, to produce a fusion?

Yes, when I’m choosing themes I always tend to associate the score with a centralised point (melodically) and see how close it sounds to any raag! If that’s not possible, then I end up composing entire sections which aren’t in the original scores! And of course, the essence is always Indian! True that needs to be intact…which brings me to ask you this..How important is it for an musicians to actually know their  limitations? Is it a good practice to not know his bounds?

Damn thats a good question, Sid..!
So here’s how it is, A good musician knows when to play, however a great one knows when not to. But its a very different plane of perspective if you think about Indian classical and western schools of music. Indian classical is more like meditating in a cave around a centralised point, to cut it short, limiting yourself there is good since it helps you dive deeper. However , there are other forms of music where you might want to go out of the cave and explore, while the cave is still your home. There, depth is not the only concern! Exploring around your home, or your centralised point, to make your music sound more colourful sounds good too!
Both processes have beautiful results!
So limiting, is subjective. And its also by choice.

Now that you’ve reached a point where people await your next release, but before all of this, How easy or difficult was it for a talented musicians group such as yourself, to make it big in India presently, especially because what you do is not strictly traditional or genre specific?

Its not easy at all haha !
But as long as your work is different, it going to stick out no matter what. One just needs to be different with a certain standard, it always works!
Social media is why IJP is what it is! Played a major role, no doubt! What is that one composition that emotionally drained you or took in a huge amount of effort to get back from? Is the genre of music fusions, the soul of them so to speak changing over time?

Well, if you talk about covers, composing Indian bits for interstellar was without a doubt my favourite part! Also, flute as an instrument is so good, it brings out everything so well! Apart from that, obviously Hans Zimmer, Tchaikovsky are a few composers which get me all weird emotionally !

When you want to go in for a particular soundtrack or cover, what are the first five things that you want to decide upon in choosing them? Also are you involved in any other aspects of music creation or instrumentation, say video editing etc, to properly propagate your ideologies?

The first five things to look forward to are definitely how close the composition is to a raag, how emotionally evocative it is as a piece or how fun it is to play, how appealing it is to the crowd, what instruments would be needed for the arrangement and the transition between pieces!
Apart from that video, is always handled by our two genius friends – Tuhin and Amitesh! They always end up complimenting the track in the best way possible! Its uncanny how it works every-time so perfectly! Anyone who is even remotely famous by doing covers or numbers, much Lindsey Stirling or our own VidyaVox, have started to go for collaborations with our artists across genres, what are your thoughts on it ? If you had to collaborate with any five artists across the globe who would they be? If it were Indian artists what would you say?

Definitely! Collaborations are so much fun!
I think thats whats already happening with IJP! Since no member is consistent, every new video is a collaboration with some new member in the house!
Collaborating with indian artists is the most fun thing to do!

Is there a difference at all in the way the music compositions are made for independent projects as compared to say Feature films or music albums? Also what are any five things that we as an unassuming public don’t know about Indian Jam Project and their discography?

I think its pretty much the same! It all depends on what the artist wants to put out! Doesn’t matter what the project is! Unless you have a client or a producer sitting on your head haha!
Five things! Five is your favourite number I’m guessing..haha!
Well, To name a few, we have a really bad sense of humor, we goof a lot on stage, we are sorry for being so dormant off late a lot more projects are on their way, we absolutely love baked potatoes, all of us, yes. And also regular potatoes. Any advice you would like to give to budding composers that want to make it big in this preferred arena? Any measures that need to be taken care for towards Royalties or trademarks etc before taking up cover compositions?

Well, do whatever moves you. Don’t do it for the money, or the fame. Do it for yourself and only yourself, and never ever stop. Royalties in India?! Hahahhahahahahha I would end up saying a lot, I’d rather not talk about that at all. It is quite, quite bad.

Haha…A Topic for some other day Tushar? Thank You for taking out time for us, and sharing your thoughts with us. We’d love to see more works from IJP in future and hopefully it will rise as a brand which defines fusion music in India. Our best regards.

That was Tushar from Indian Jam Project. Below are the links of their wonderful works.