Mumbai-born New Zealand left-arm
Meet spinner Ajaz Patel etched his name in the history books at the Wankhede Stadium after becoming only the third cricketer to claim 10 wickets in a single innings of a Test match after Jim Laker and Anil Kumble.

And Ajaz Patel is relishing every bit of his dream homecoming as Ajaz walked back to a standing ovation from the crowd.

After the first day of the test, he said

“I’m really, really lucky to be sitting here with four wickets and I’m pretty happy to be in my hometown. At the Wankhede, it was pretty special for me.” 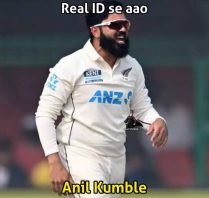 Ajaz Patel emigrated with his family from Mumbai in 1996 when he was eight years old, he became the fifth Indian-origin cricketer to play for New Zealand since Ted Badcock, Tom Puna, Ish Sodhi and Jeet Raval. 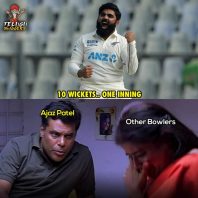 Ajaz Patel was formerly a left-arm seam bowler. It wasn’t until he was in his twenties that he realised he needed to make a change. “Being 5 foot 6 wasn’t quite going to cut it at the next level.” Dabbling with it in a club game, he realised it might even be fun to bowl spin and the rest, as it turned out, was history. 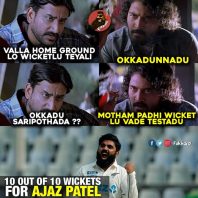 And his rise to international cricket was built on repeated success at domestic level. 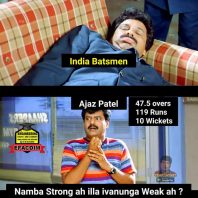 In April 2018, Patel was named the Men’s Domestic Player of the Year at the New Zealand Cricket Awards.He finished the 2017–18 Plunket Shield season as the leading wicket-taker. In fact, he had played an immense part in Central Stags winning the title that year with 48 wickets at 21.52. 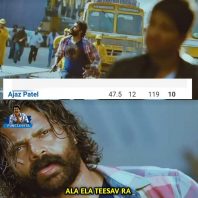 He was the highest wicket-taker in first-class cricket for three years running before he got the call from selector Gavin Larsen in July 2018.  On October 31, 2018 – at the age of 30 – Ajaz opened the bowling for New Zealand in a T20I against Pakistan. 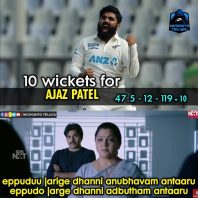 He made his Test debut for New Zealand against Pakistan on 16 November 2018.He took five wickets in the second innings, with New Zealand winning by four runs, and was named the man of the match. 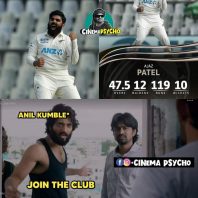 In December 2021 at his homeground against India he created history, by becoming only  the third bowler to take all ten wickets in an innings in Test cricket.

Congrats Ajaz, salute to your performance 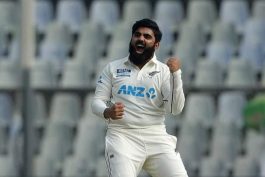 Azharuddin To Kohli: Here’s A List of Top 10 Indian Cricket...

As Kohli Removed As Captain By BCCI : Here’s The List...

Azharuddin To Kohli: Here’s A List of Top 10 Indian Cricket...

As Kohli Removed As Captain By BCCI : Here’s The List...

As Dravid Is Our New Coach, We Hope These 8 South...