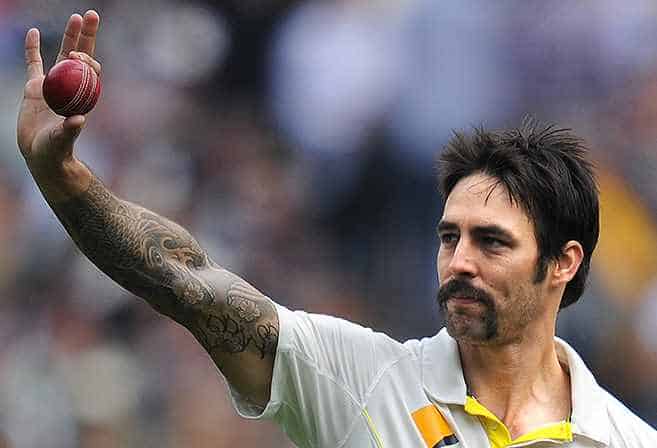 The 34 year old, who terrorized batsmen all over the world with his fearsome pace and bounce, announced his retirement during the ongoing tournament with New Zealand. “I feel now is the best time to say goodbye,” he said. “I have been lucky to have a wonderful career and enjoyed every moment playing for my country,” Johnson said.

In a career plagued by injuries, Mitchell Johnson on his day was as destructive as a tsunami, gaining dangerous bounce with his high-jump action and sling action delivery. Johnson finished his career as the fourth highest Test wicket taker for Australia, behind Shane Warne (708), Glenn McGrath (563), and Dennis Lillee (355).

Johnson took 313 Test wickets and 239 One Day International wickets, and yet, the one lasting memory of the bowlers will be the manner in which he terrorized English batsmen during the 2013 Ashes tour played in Australia.

So brutal was Mitch that one of the English players, Joe Root, had to quit in the middle of the tour, citing ‘mental fatigue’. Here’s a video of Mitchell Johnson at his best.