Top 10 Most Beautiful Beaches in the World

Top 10 Most Beautiful Beaches in the World

The earth is genuinely home to an incredible variety of magnificent beaches, each more spectacular than the one before, regardless of whether they are gifted with dazzlingly bright white dunes or situated in the most exquisite atmosphere possible. While some are located in the center of well-known towns, others are hidden away in remote nature reserves or on tropical islands.
These stunning beaches must be seen to be appreciated, whether they are surrounded by striking boulders, sheer cliffs, or gracefully swinging palm trees.
In the summer, we are all drawn to beautiful shorelines, whether they are limitless stretches of pristine beaches, remote white coves with glistening crystal-clear waters, or anywhere in between. Summer also brings magnificent weather and severe yearning.

Here are 10 of the world’s most stunning beaches, ranging from Spain to Seychelles:

Navagio Beach and the bright azure waters that surround it surely present a stunning image, framed by dazzling white rock formations that tower over its golden coastline. The stunning beach, which is one of the most picturesque naturalistic settings in all of Greece, lies on the Ionian Island of Zakynthos and is frequently featured in vacation publications.
Interestingly, Navagio Beach is only reachable by watercraft despite being referred to as “Shipwreck Beach” due to the rusted wreckage of a ship that lays on its beaches. The beauty improves and enhances, as you get closer as you glide through the glistening waves toward the hidden cove.
Many k-drama fans would probably recognize this beach as the one shown in the popular k-drama “The Descendant of the Sun.” 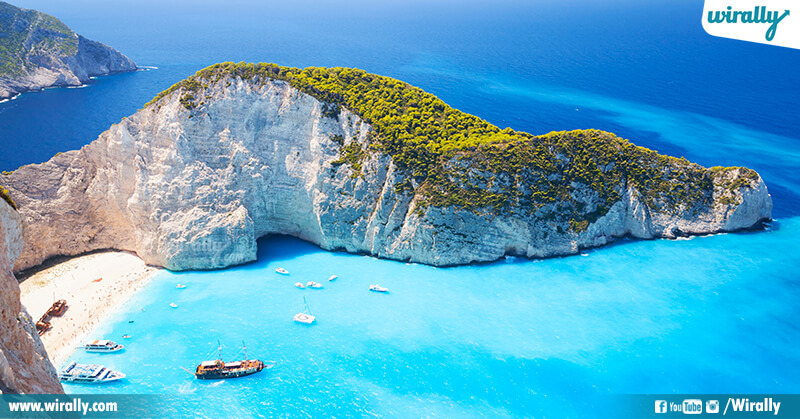 The Baths are located on Virgin Gorda, the third-largest island of the British Virgin Islands, at its southernmost point. On the beach, massive granite stones are piled up and form stunning tunnels and grottoes that are open to the sea and flood during high tide. The striking effect is enhanced by the tropical trees that line the pristine beaches. 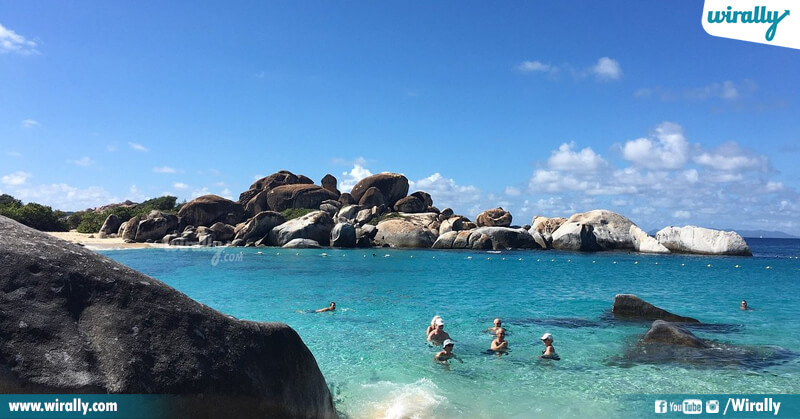 A tiny island chain in the Cook Islands’ Aitutaki archipelago is called Tapuaetai (One Foot Island). The Aitutaki lagoon may be seen clearly from there, and according to the tide, one might be able to stroll on a sand beach some distance from Tapuaetai. At the World Travel Awards event held in Sydney in June 2008, the beach received the title of “Australasia’s Leading Beach. 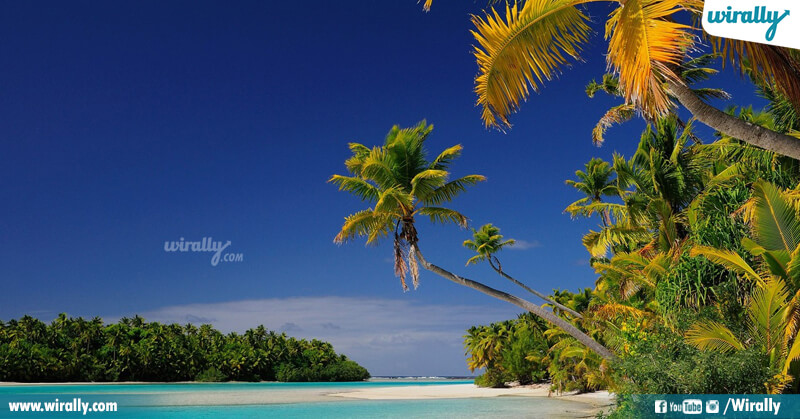 Zlatni Rat, also known as the “Golden Horn,” projects into the Adriatic and alters in shape and length with the breeze, wave, and flow. The serene harbor village of Bol is only a couple of miles from the white rocky beach, which is situated on the southern shore of the Island of Brac.
Owing to its breathtaking surroundings and glistening clear waters, Zlatni Rat is one of Croatia’s most well-known tourist sites and frequently appears on the covers of travel destinations from all over the world. It was ranked among the top ten beaches in the world by Lonely Planet in 2009. 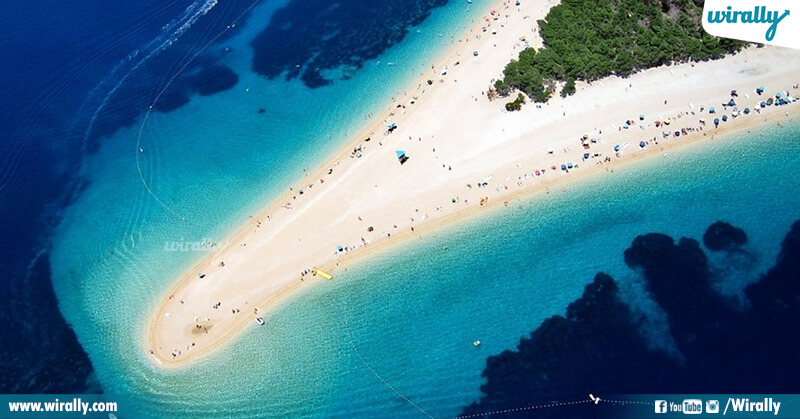 Oludeniz, a beachfront in southwestern Turkey with the charmingly named Turquoise Coast, is becoming a more well-known destination as news of its enormous virtues grows. Oludeniz, which means “dead sea,” is home to some outstanding snorkeling and scuba diving because of its tranquil, blue water and incredible aquatic life.
Even while its large sandy beach is great for lounging, the stunning surroundings are worth investigating. The legendary “Blue Lagoon,” surrounded by stunning mountains, is a must-see, and many tourists parachute down to enjoy the aerial panorama of the beach. 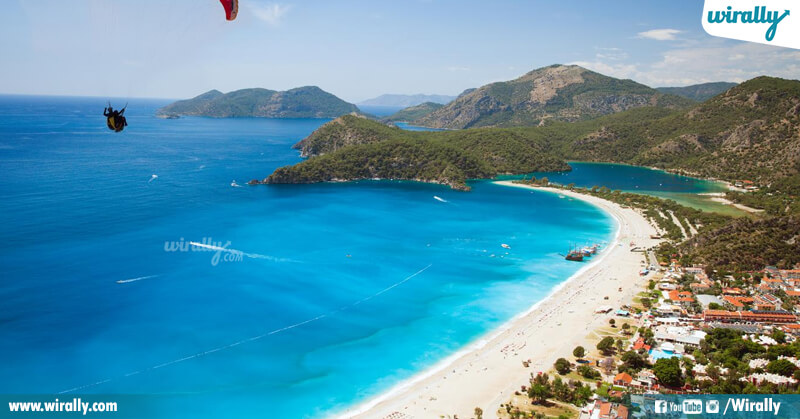 On St. John in the U.S. Virgin Islands, Trunk Bay is a beach that is part of a National Park. The National Geographic Society named it the world’s most picturesque beach, drawing throngs of luxury cruise tourists. The main beach options include a food court, toilet facilities and showerheads, a ranger, and—most famously—a coral reef snorkeling trail. 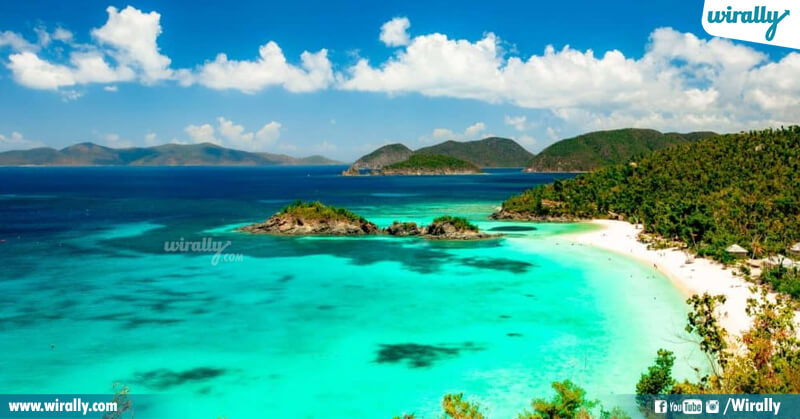 Maya Bay in Thailand has become one of the top prestigious beaches in the world since it gained notoriety in the 1999 movie The Beach. To assist in maintaining and safeguarding the ecology, Thai officials had to close the beach in 2018 and restrict the number of visitors to 2,000 per day due to its high demand.
One of the most breathtaking locations possible, Maya Bay’s white sand beach and enticing waters are surrounded and protected by towering limestone cliffs. Maya Bay is a delightful place to visit and is situated on the Andaman Sea archipelago of Ko Phi Phi Le. Rowing, snorkeling, and water sports are available for tourists to indulge in the lagoon. 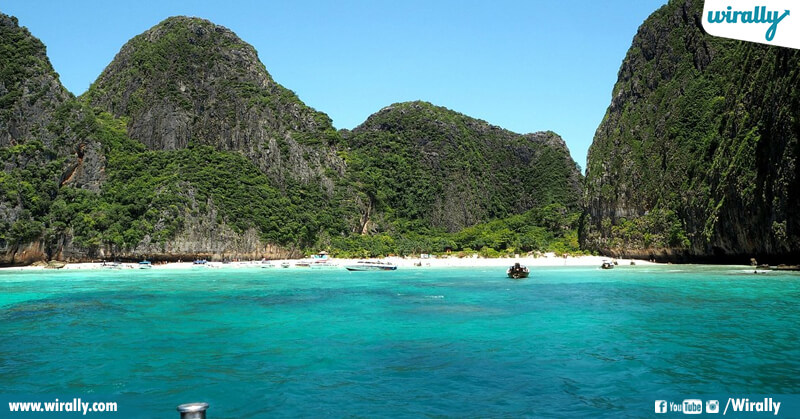 It is simple to understand why Whitehaven Beach in Queensland, Australia, is consistently listed as one of the most beautiful beaches on the planet. It spans about seven kilometers, with magnificent crystal-clear waters around its isolated bays and beaches. It is home to some of the cleanest beaches on Earth.
The beach receives comparatively few tourists due to its unpopulated area in the Whitsunday Islands. Without anyone else in view, you may relax on the beach, go boating, or have a BBQ. Whitehaven Beach is located in the center of the Great Barrier Reef and is only reachable by float plane, helicopter, or watercraft. 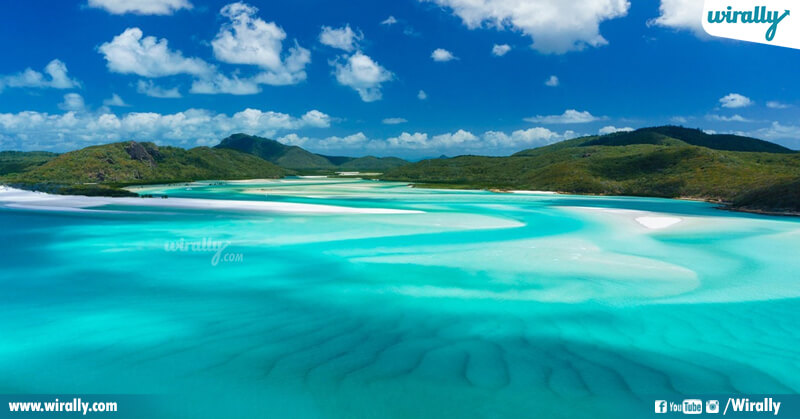 Tulum, which is located on Mexico’s Caribbean coast, is home to one of the best-preserved Mayan ruins in the nation as well as one of its best beaches. The Mayan city of Coba originally used it as its main port.
Tulum lacks the elegance of certain other well-known locations because it was constructed about 1200 AD when the Mayan civilization was already in decline. However, the backdrop of a tropical beach makes this one of Mexico’s busiest tourist spots and a photographer or artist’s paradise. 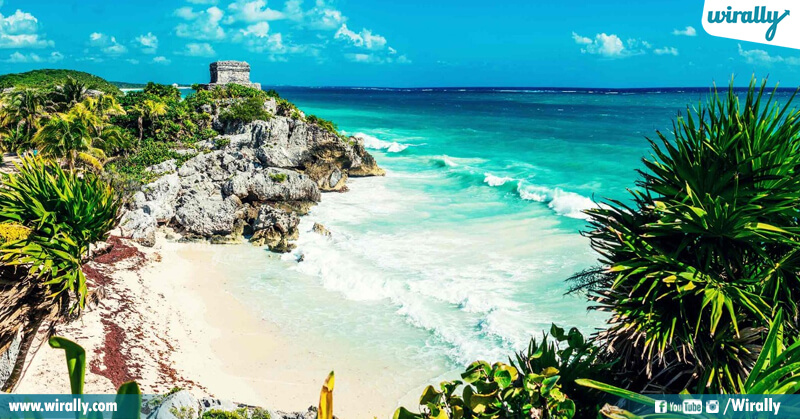 Anse Source D’Argent distinguishes itself from the pack among the gorgeous and opulent beach resorts that Seychelles is known for. It is situated on the island of La Digue and is one of the most widely publicized beaches in the world.
Anse Source D’Argent, is one of the best beaches in the world, with a winning combination of pink sand beaches, coconut palms, and big granite rocks dotting the coastline. It truly is an island paradise unmatched by any other, with the warm seas of the Indian Ocean lapping at its shores, clean and unspoiled nature all about you, and exotic birds fluttering overhead. 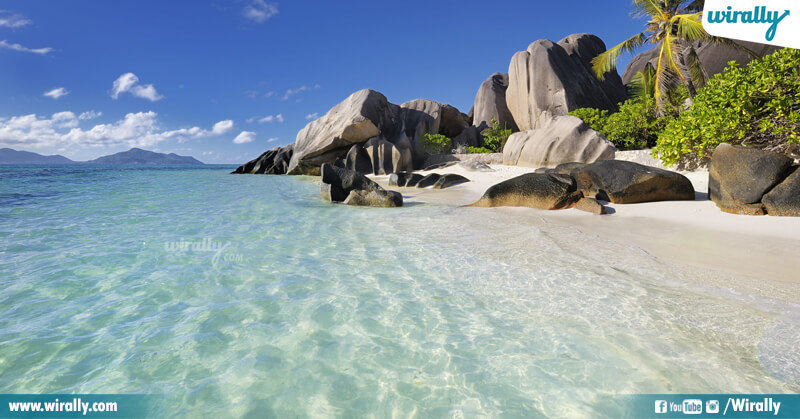