7 Mouth-Watering Non-Vegetarian Curries You Must Try At least Once!

When we talk about Andhra cuisine, we often think of the robust flavours or extreme spice levels. The food in this region is comforting and usually is cooked with homemade masalas. There is a certain influence of other cuisines like the Arabs, Nawabs or even the Hyderabadi, making Andhra a place where you find almost everything. There is also major influence of Chinese food and you can find a chinese bandi in almost every galli of the lush-green areas.
But, even with so much sway of other cuisines, the homemade Andhra food, still holds onto its roots. So, if you love some spice and heat in your food, here are 7 non-vegetarian Andhra style dishes that you must check out immediately. 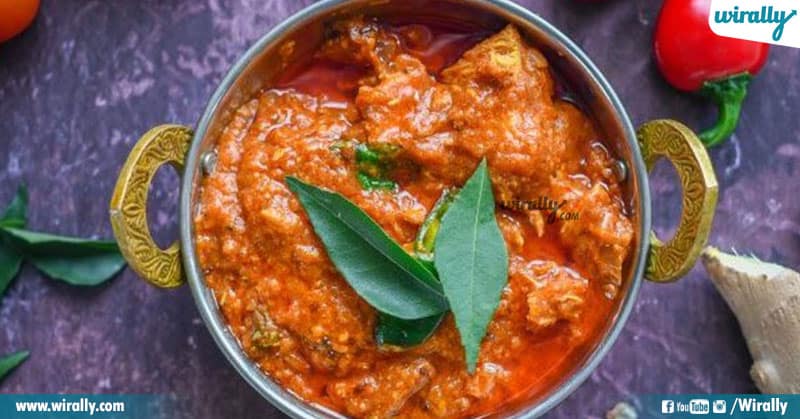 Chicken is perhaps our favourite kind of meat. And why not? It is easy to cook and also tastes delicious. Andhra Kodi Koora is made with minimal ingredients. It doesn’t have the extra dosage of masalas or anything. Made with ginger-garlic paste, onion paste and coriander powder, this super comforting and a treat on lazy days. 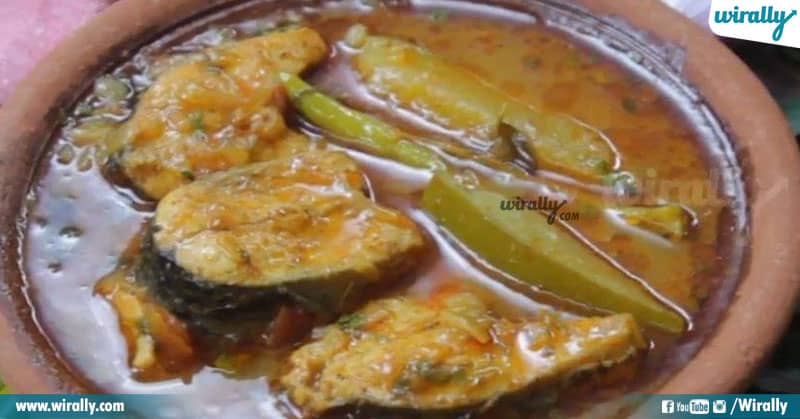 Nellore is famous all over the Andhra region for its food. But what makes it special is its iconic Chapala Pulusu. You can prepare it with any fish, and the flavour palate is spicy, sour and tangy. A great side dish to go with hot rice, Nellore Chapala Pulusu is an emotion for the Telugu speaking states. 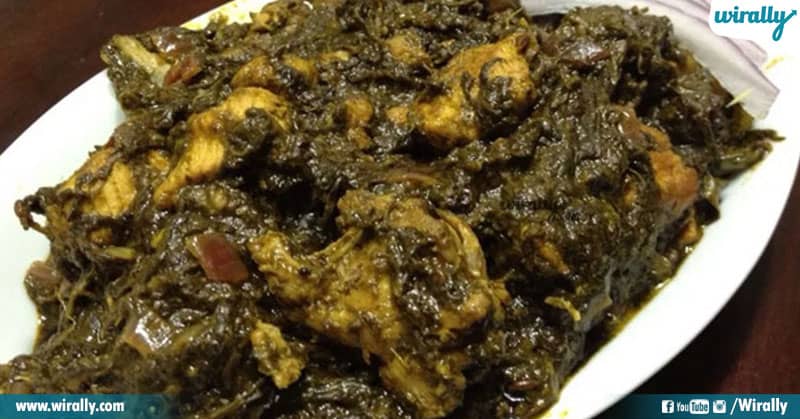 Gongura is the staple food of Andhra. Its tangy flavours enhances any dish. The telugu people love to infuse gongura or sorrel leaves in any dish. But it is the infusion of gongura in mutton curry which is the star. Gongura Mutton Curry or fondly called as Gongura Mamsam is spicy, tangy and has everything to make your belly happy. 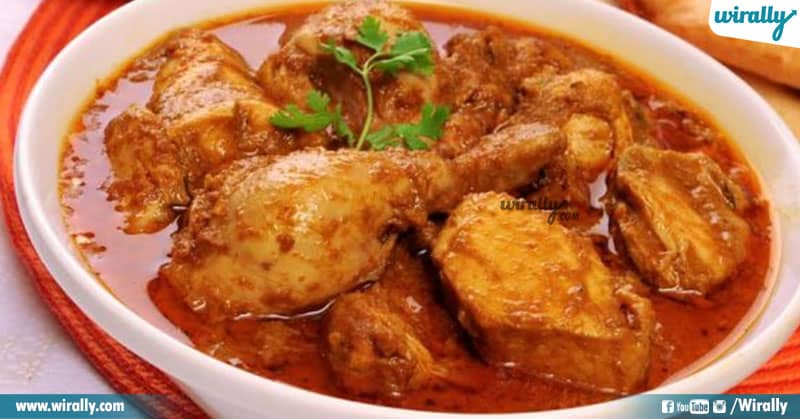 Natu Kodi Pulusu is not your regular chicken curry. It is cooked with country chicken, which adds a very out-of-the-common flavour to the pulusu. Cooking Natu Kodi, can be quite a task. But for what it is, the dish is surely worth your time. Famous in the Rayalaseema region, Natu Kodi Pulusu is often served with another local specialty, Ragi Mudda. 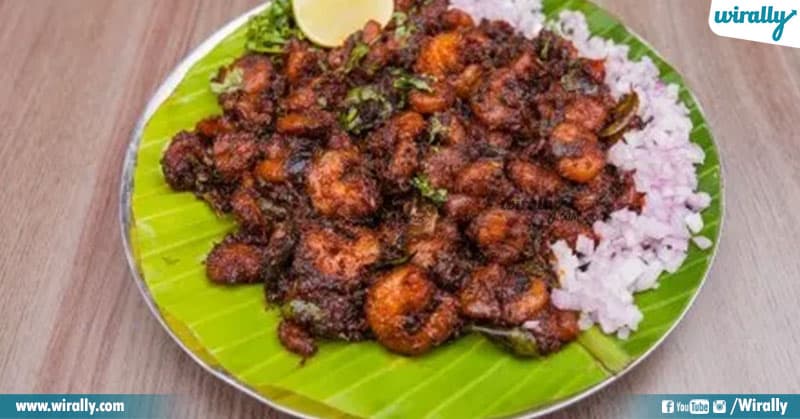 Spicy, crispy and loaded with flavours, Royyala Vepudu is one of our favourite foods. Royyalu Vepudu, translates to Prawns Fry and when cooked in a traditional way is a flavour bomb. The fried onions, ginger-garlic paste, koora karam, cumin powder, coriander powder, take this dish to another level. It is a delight to spice lovers. 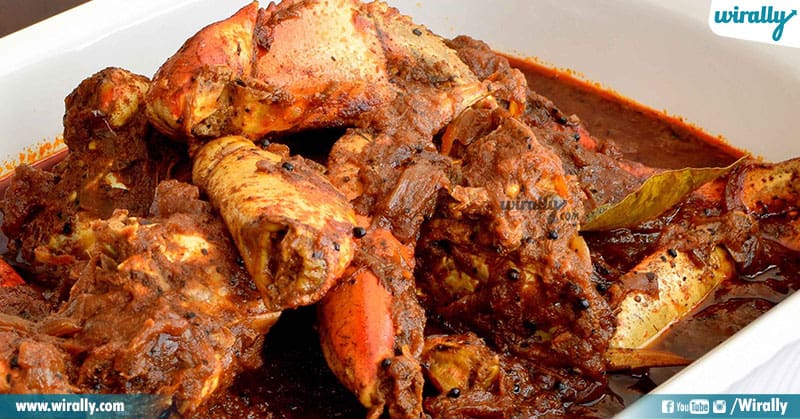 Peethala Iguru or Crabs Masala Curry is cooked with aromatic flavours and spices. Either cooked with tomatoes and onion based gravy or just with onion paste, Peethala Iguru is what heaven probably tastes like. The masalas and the gravy seeps completely into the crab, making even the insides taste delish. 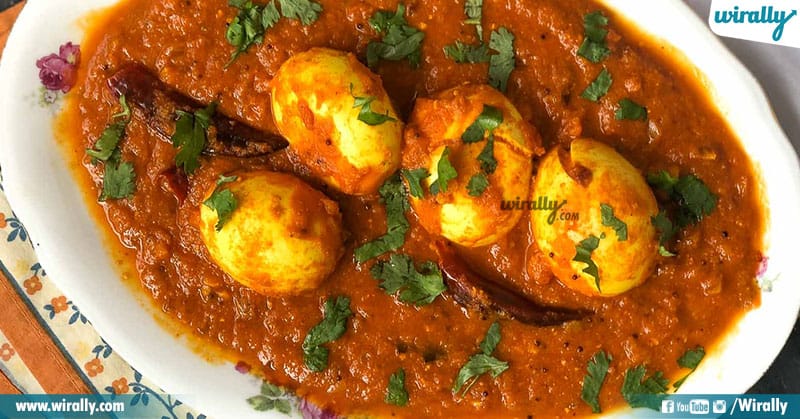 Eggs are often debated not to be non-vegetarian. But since the majority of us do, Kodi Guddu Pulusu makes it to the list. We usually eat eggs in tomato curry or fry form, but it is in Andhra, that they infuse the tamarind to add a tangy flavour to eggs. Kodi Guddu Pulusu is high on flavours and has a very strong tamarind touch to it. We are already craving for some now.

10 Authentic Non-Veg Curries From Telugu States That Define Our Food...