The Fountainhead dramatized a staggering number of philosophical, aesthetic, ethical and psychological issues for me that I could not have fully grasped through non-fiction alone. Things about my life and the people in it that didn’t make sense suddenly became clear. I learned to see in people the characters of Roark, Keating, and Toohey as well as dozens of the minor characters and to understand the conscious and subconscious premises they’ve accepted that guide their day-to-day actions. This book taught me more about the world, than any other thing in this world..

Check out some amazing quotes from The Fountainhead

1) “To sell your soul is the easiest thing in the world. That’s what everybody does every hour of his life. If I asked you to keep your soul – would you understand why that’s much harder?” 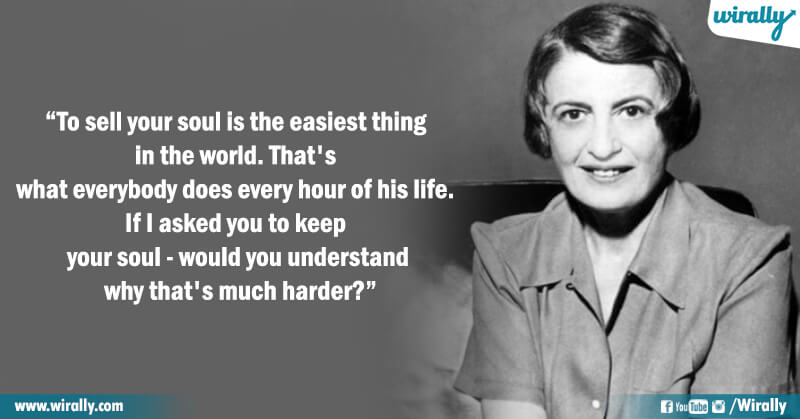 2) “Throughout the centuries there were men who took first steps down new roads armed with nothing but their own vision. Their goals differed, but they all had this in common: that the step was first, the road new, the vision unborrowed, and the response they received—hatred. The great creators—the thinkers, the artists, the scientists, the inventors—stood alone against the men of their time. Every great new thought was opposed. Every great new invention was denounced. The first motor was considered foolish. The first airplane was considered impossible. The power loom was considered vicious. Anesthesia was considered sinful. But the men of unborrowed vision went ahead. They fought, they suffered and they paid. But they won.” 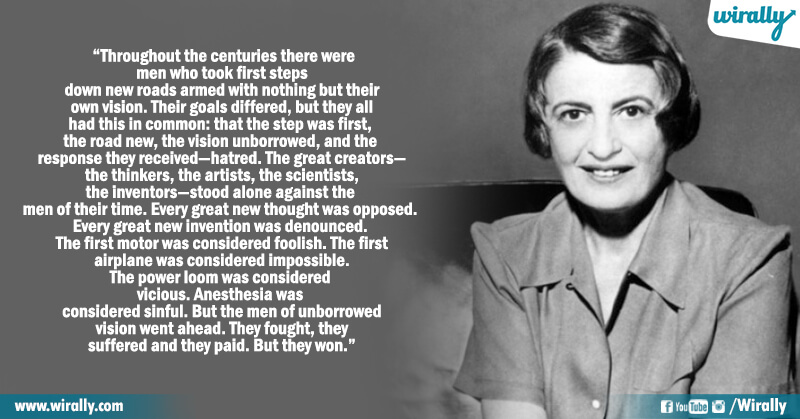 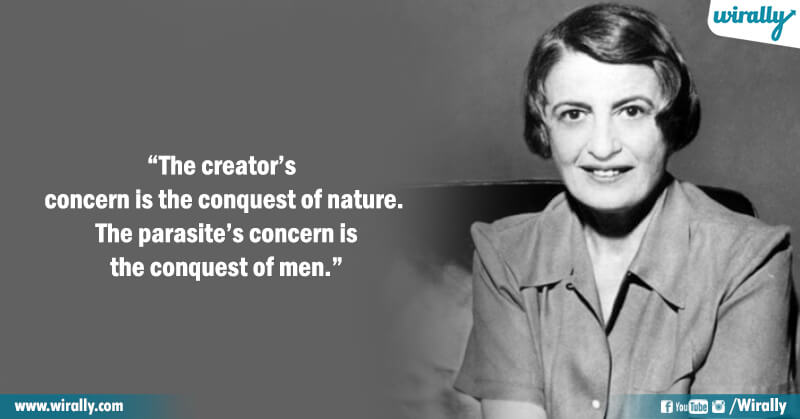 4) We praise an act of charity. We shrug at an act of achievement. 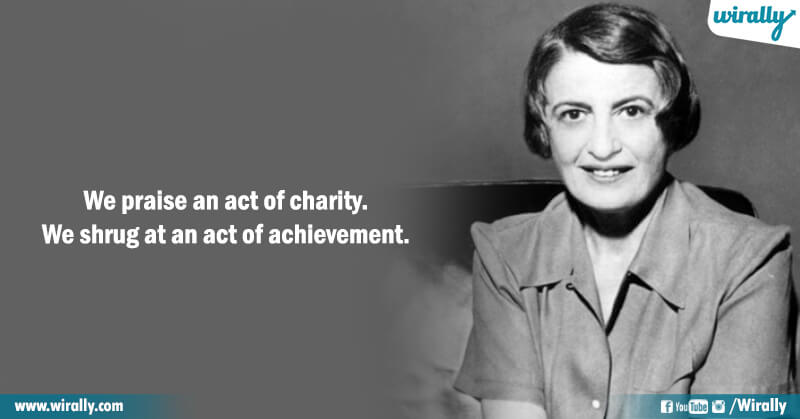 5) “It’s easy to run to others. It’s so hard to stand on one’s own record. You can fake virtue for an audience. You can’t fake it in your own eyes. Your ego is your strictest judge. They run from it. They spend their lives running. It’s easier to donate a few thousand to charity and think oneself noble than to base self-respect on personal standards of personal achievement. It’s simple to seek substitutes for competence–such easy substitutes: love, charm, kindness, charity. But there is no substitute for competence.” 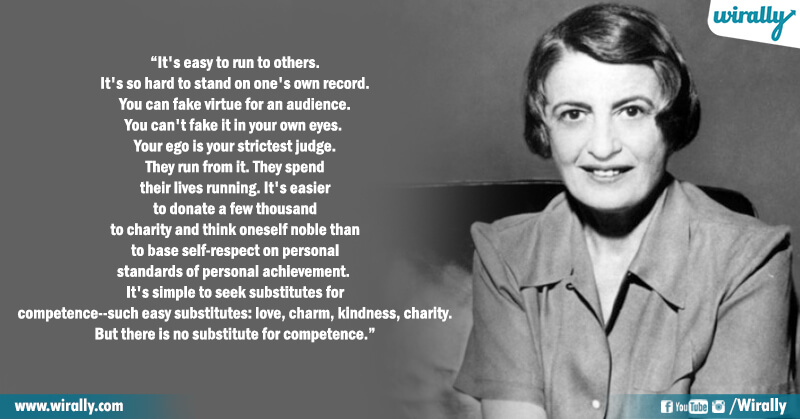 6) “I was thinking of people who say that happiness is impossible on earth. Look how hard they all try to find some joy in life. Look how they struggle for it. Why should any living creature exist in pain? By what conceivable right can anyone demand that a human being exist for anything but for his own joy? Every one of them wants it. Every part of him wants it. But they never find it. I wonder why. They whine and say they don’t understand the meaning of life. There’s a particular kind of people that I despise. Those who seek some sort of a higher purpose or ‘universal goal,’ who don’t know what to live for, who moan that they must ‘find themselves.’ You hear it all around us. That seems to be the official bromide of our century. Every book you open. Every drooling self-confession. It seems to be the noble thing to confess. I’d think it would be the most shameful one.” 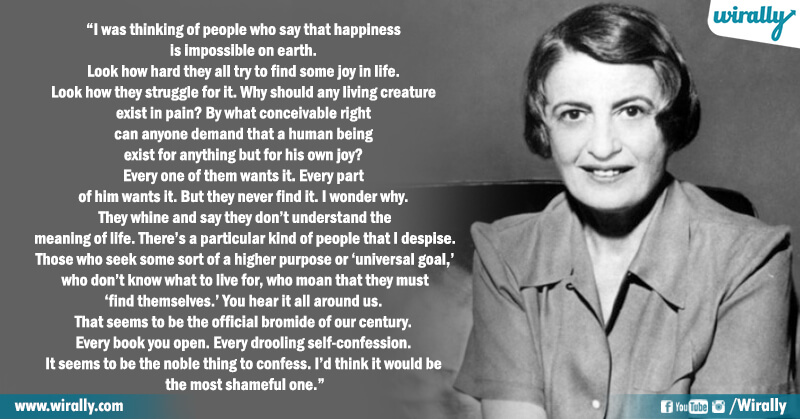 7) “If you want my advice, Peter, you’ve made a mistake already. By asking me. By asking anyone. Never ask people. Not about your work. Don’t you know what you want? How can you stand it, not to know?” 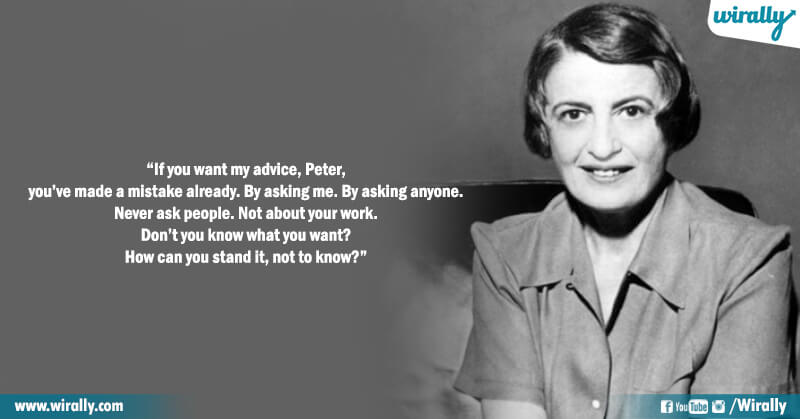 8) “I have, let’s say, sixty years to live. Most of that time will be spent working. I’ve chosen the work I want to do. If I find no joy in it, then I’m only condemning myself to sixty years of torture. And I can find the joy only if I do my work in the best way possible to me. But the best is a matter of standards—and I set my own standards. I inherit nothing. I stand at the end of no tradition. I may, perhaps, stand at the beginning of one.” 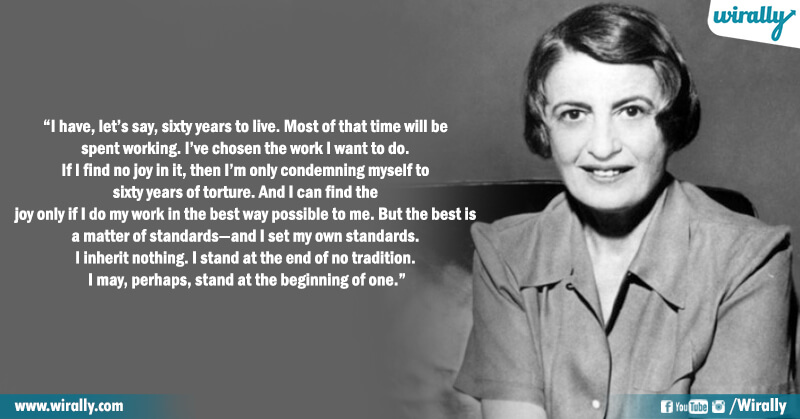 9) “Listen to what is being preached today. Look at everyone around us. You’ve wondered why they suffer, why they seek happiness and never find it. If any man stopped and asked himself whether he’s ever held a truly personal desire, he’d find the answer. He’d see that all his wishes, his efforts, his dreams, his ambitions are motivated by other men. He’s not really struggling even for material wealth, but for the second-hander’s delusion – prestige. A stamp of approval, not his own. He can find no joy in the struggle and no joy when he has succeeded. He can’t say about a single thing: ‘This is what I wanted because I wanted it, not because it made my neighbors gape at me’. Then he wonders why he’s unhappy.” 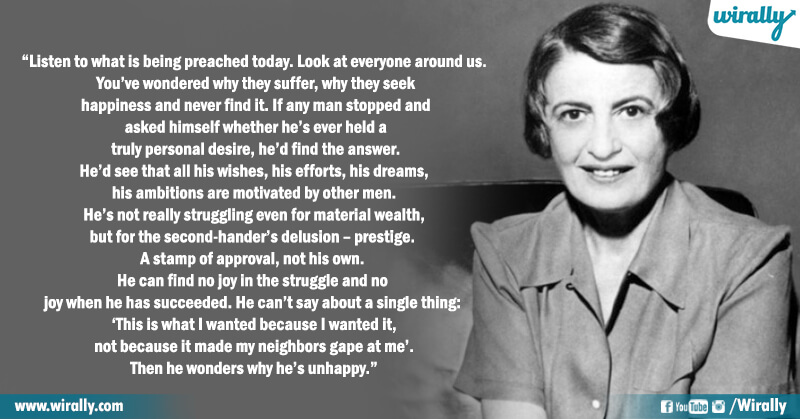 10) “Integrity is the ability to stand by an idea.” 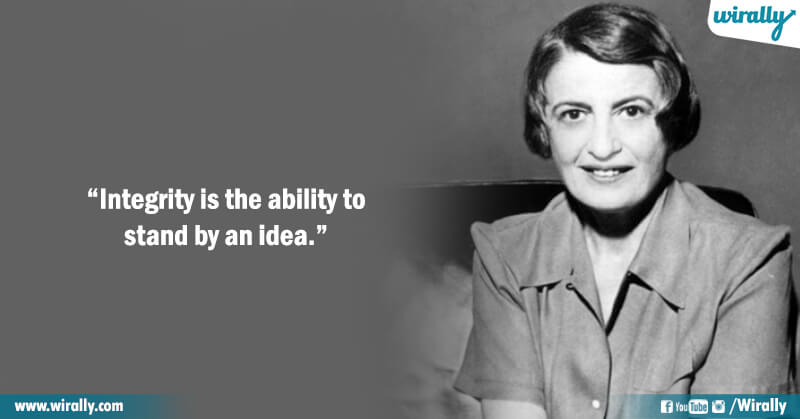