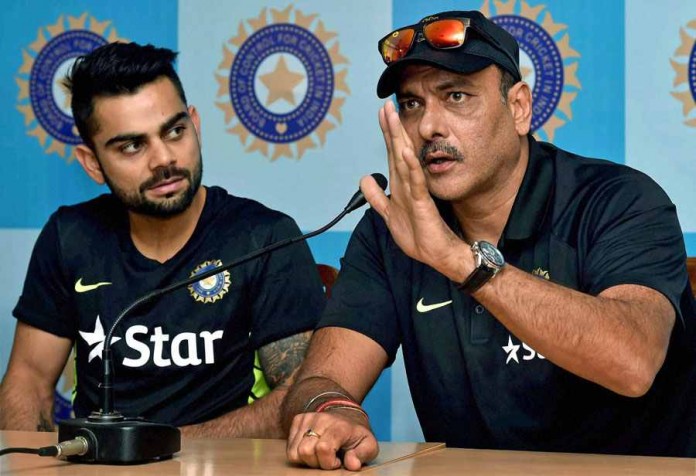 Ravi Shastri has come under fire for his comments on Wankhede pitch curator Sudhir Naik.

Allegedly, Shastri was not happy with the way the pitch was prepared for the final of the 5 match ODI series that South Africa won recently. Commentator and former Test cricketers Sanjay Manjrekar was vocal in his criticism of Shastri.

Shastri, however, denies abusing the former cricketer. One of the most prominent commentators in world cricket and surely a man who chooses his words wisely, Ravi Shastri replied that he was only being sarcastic, saying “Great pitch. Well done???. It is not the first time a commentator is coming under fire for his choice of words.

Though Shastri has had a blemishless record as a commentator, there have been times when he has let it go. For example, the Tehelka sting operation where Shastri is shown drinking beer and letting go about his thoughts on the Indian team of 2000, including Ajay Jadeja and Nayan Mongia.

There have been earlier instances of commentators getting into soup, including the most infamous of them all – Dean Jones saying off-mike ‘The terrorist has gont another one’ when Hashim Amla caught Sangakkara off Shaun Pollock. It was caught on air and Dean Jones was banned from all sorts of commentary officiated by the ICC. (Skip to 00.57)

There was also the incident when Navjyot Sidhu is alleged to have told Alan Wilkins on air: “Don’t f*ck with me???. Sidhu was also removed from the Star Sport commentary panel ahead of the 2011 World Cup. (Read the article here).

For now, the matter has been escalated to the bosses at BCCI. With his clout, and his position as the Director of the Indian cricket team, it is highly unlikely that Shastri will face any severe action for his sarcastic comment.