1. Trivikram Narrated A Story Line Through A Call To PK & He Said Ok 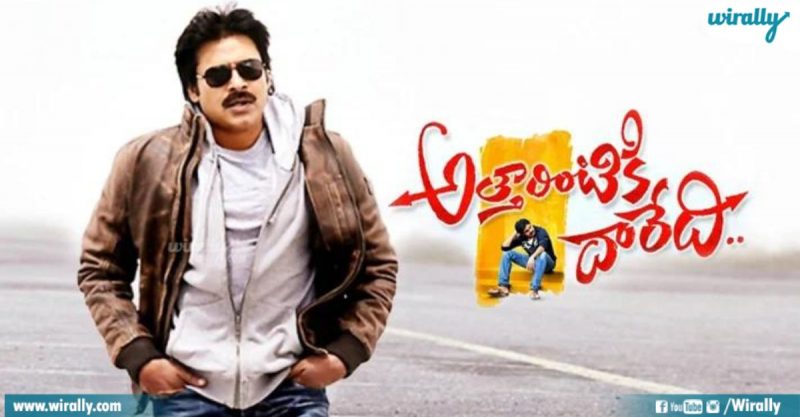 2. Ileana was the first for Samantha’s Role 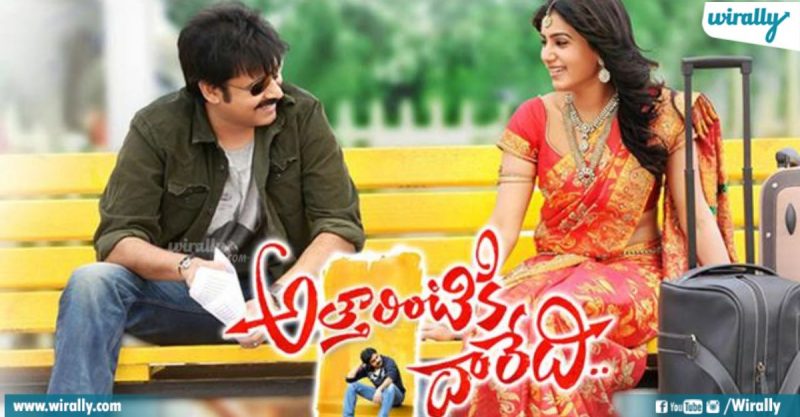 3. Pawan Kalyan himself went for the location scouting 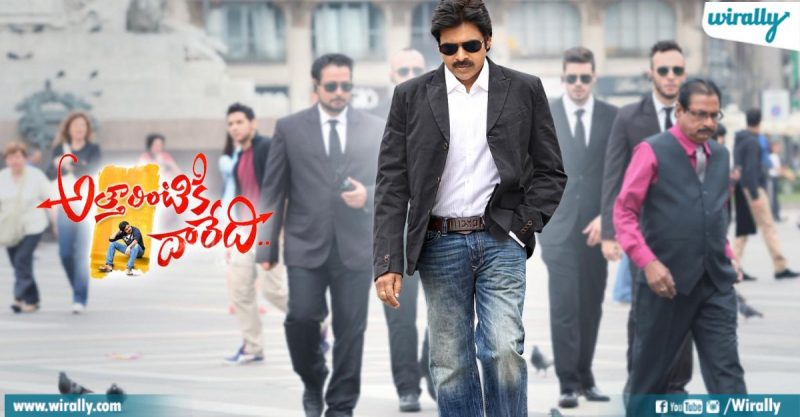 Pawan himself searched for new locations in Spain as the story demanded a foreign location. Around 30 to 45 days of shooting was planned there. It was the first time Kalyan went for a location hunt & returned in the last week of December 2012

4. Anchor Anasuya Was Offered ‘It’s Time To Party’ Song But She Refused 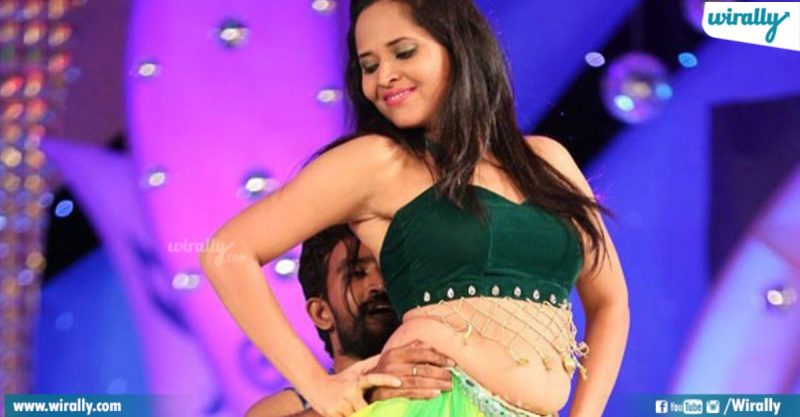 Ee song lo first Anasuya ni anukunnaru kani thanani approach aiyyaka she rejected it. Then makers roped in Mumtaz from Kushi movie and Hamsa Nandini for the song which worked out well. 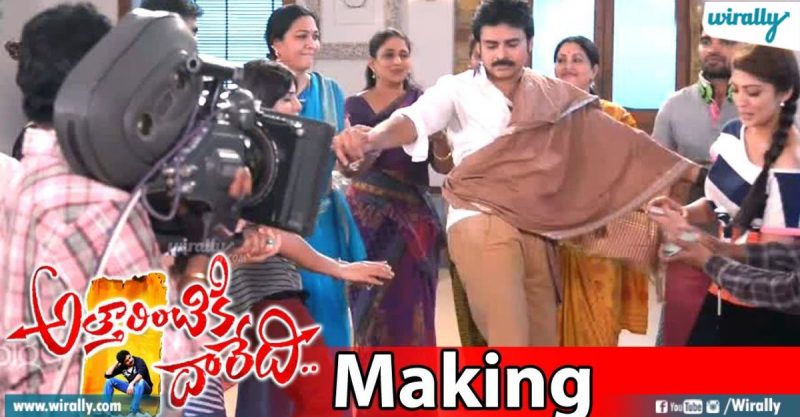 Trivikram used to laugh a lot while prompting Telugu dialogues to Nadhiya. She complained to Pawan about Trivikram and said ‘I can’t do the scene if Trivikram is there on sets. Then Pawan took over the charge and sent me out and he directed the whole scene. Trivikram used to come after the shot and confirmed it later. 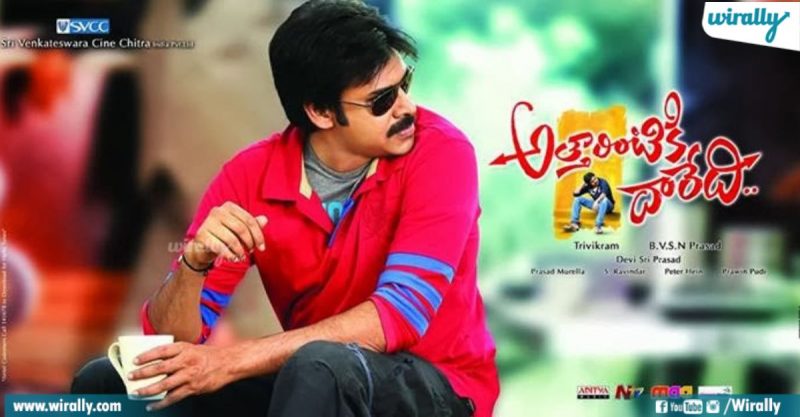 7. Movie was remade in 3 languages 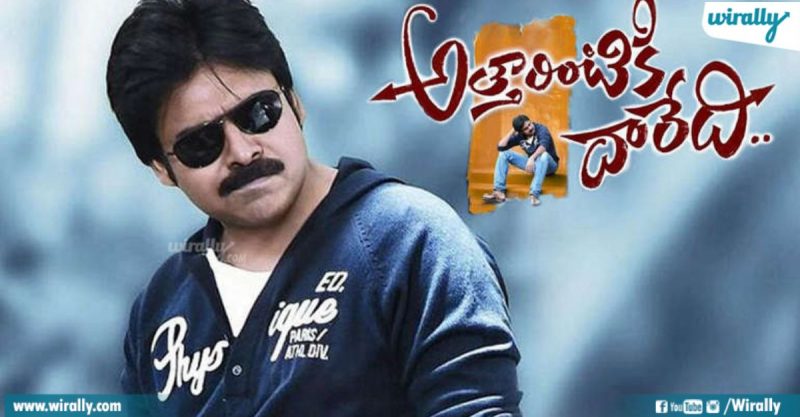 8. Most liked, most viewed teaser & trailer at the time of release 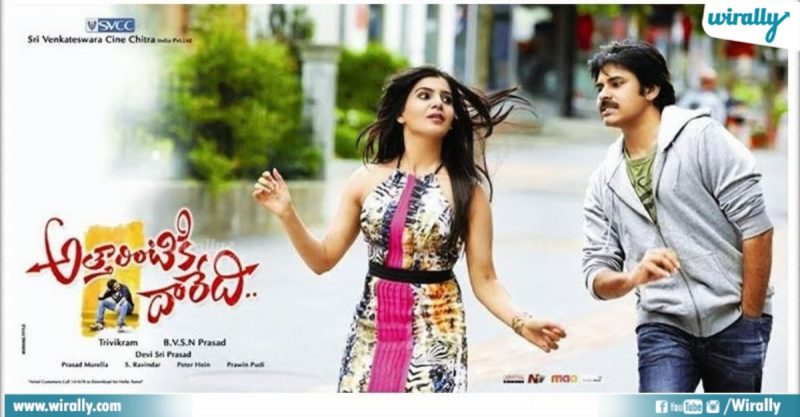 Attarintiki Daredi teaser fetched ohits and about 9,000 likes thus setting a record for any Telugu video uploaded on YouTube at that time. And Attarintiki Daredi trailer was the first telugu trailer to hit 1,004,850 Views & 11,000 Likes in 70 hours of release.

9. Highest grossed telugu movie of all time at the time release 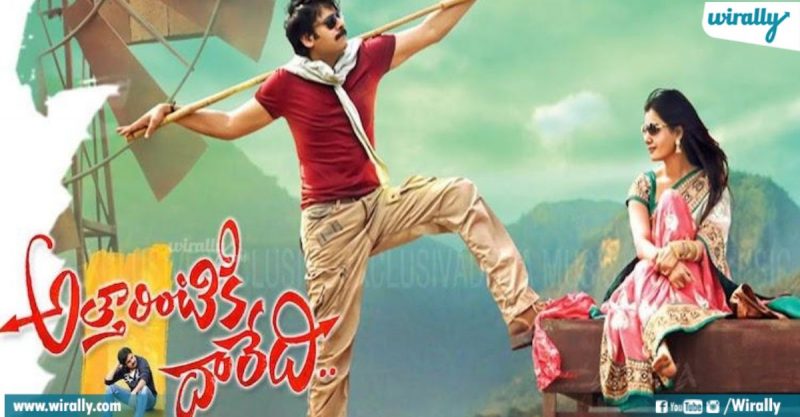 Attarintiki Daredi grossed rupees 187 crore (equivalent to ₹270 crore 2020) in its lifetime. It was later surpassed by Baahubali: The Beginning (2015) as the highest grossing Telugu film of all time