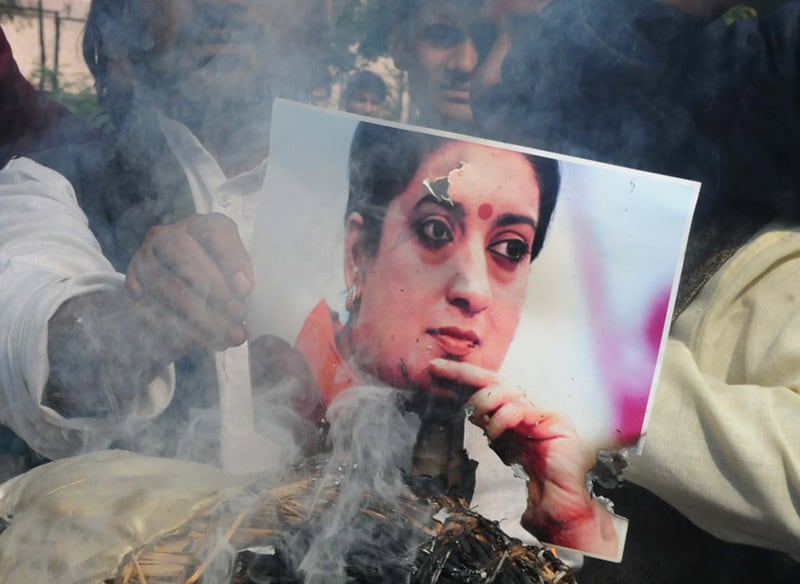 It was a bold action taken by Smiriti Irani to talk fiercely on the much debated issue of Rohith Vemula and the students of Jawahar Lal Nehru University. She spoke her thoughts and temperament and defended herself in the Loksabha. She was also seen choking in few moments while she got emotional addressing Rohith Vemula and allegations on her. She vents her anger and took all the opportunity to criticise Rahul Gandhi, Congress and allies. The congress members in the Lok Sabha were short numbered and this weighed the BJP heavier.

She challenged the parliamentarian in the Lok Sabha to ask for her caste and criticised the opposition for maligning her in Rohith Vemula’s prosecution. She blamed the opposition and other political parties contrasting Rohith’s death as a Dalit issue. She shook all the allegations off her shoulders stating that she has always been redressing the grievances of all the people irrespective of which Party they belong to. She was seensarcastic, stern on her stand and named a few of members on how she had helped them.

Smiriti Irani was courageous enough to talk on the issue yet she tried all the means to blame KCR, the Chief Minister of Telangana. She alleged quoting him that she called KCR in the morning the day Rohith suicide to handle the law and order in the state but her call was not properly responded. She was told from the office that KCR is busy. She added saying that she is still awaiting his call.

On being alleged for the letters exchanged by Bandaru Dattareya, Smiriti Irani said that she did her job and will not apologise for it. The communications from MP’s should be handled promptly and rather she blamed the opposition parties for using Rohith Vemula as a political issue.

Watch the video to know more :