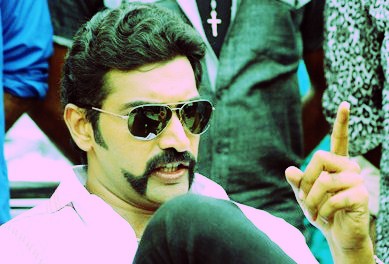 In a land that worships and celebrates cinema like we do, getting a big budget debut is the same as making your international cricket debut in a World Cup final. From a program in television to an article in newspaper, everybody’s eyes are on just you.

In such a scenario, getting an opportunity in the movie industry is a Herculean task. Talent is almost secondary to luck in this case. Majority of our stars have made proper utilization of this and are doing their best after getting this leap. No complaints!

But, we have some unfortunate actors who in spite of having some easy fuel couldn’t manage bare minimum mileage on their journey so far.

The grandson of the legendary NTR, Tarak is one of the many star-kids who couldn’t make it. However, when he started off, he did it with a bang. He had launched 9 movies on the first day of entering into the industry. But, Lady Luck didn’t seem to smile at him. His first film, Okkato Number Kurradu, sounded like a pirated version of Student No.1. Best among the his few lot was a film called Nnoo. So when you search for the film, you get links called ‘No Review’, ‘No Songs’ and ‘No Audio’. 😀 Unfortunately, today, Tarak has NO films in his kitty.

One of the revered filmmaker Dasari Narayana Rao, Dasari Arun Kumar had the entire right lineage. Unfortunately, talent didn’t seem to come down in the genes. For his debut, his father wrote him a story and agreed to direct it. He did manage a few films post his debut, but it was clear that acting was just not his cup of tea. With the grace of Krishna Vamsi, audiences now remember him only from that song Sye syndhei sivamethara sambaiah in Anthapuram.

He had the height, the looks, the background. He was also the elder son of EVV Satyanarayana, one of the most accomplished directors of the film industry. As with Aryan Rajesh, EVV Satyanarayana also directed his debut film – Hai. But luck and destinies are factors we have no control over, and the audience said ‘Bye’ to the film. Aryan Rajesh continues to work as a producer, making films under their home banner EVV Cinema.

Kovelamudi Prakash is the son of the legendary director, K. Raghavendra Rao. However, he did not take the usual route of star-sons. He studied acting and theatre at the Lee Strasberg Theatre and Film Institute, which is arguably the most respected film school in the world. His debut film Neetho didn’t do too well and later he just sat back. However, Kovelamudi Prakash managed to carve out a career for himself as a producer making critically acclaimed films like Bommalaata, and the first collaboration with Walt Disney Anaganaga Oka Dheerudu.

The son of Brahmanandam had everything going for him. People were curious to see Brahmi’s son, and with the immense love and affection that is showered on him, it was a given that the goodwill from his father might carry him far. His debut film Pallakilo Pellikuthuru didn’t do much for him. However, his last film Basanti won some applause from critics, post which he is not seen around, again.

Alexander Vallabha is the son of veteran movie producer KS Rama Rao, who produced super hits like Criminal, Chanti, and Mathrudevo Bhava. However, Alexander Vallabha couldn’t make it big as an actor, in spite of getting decent production houses to fund his film Evade Athagadu. He is producing movies these days. Chukallo Chandrudu, Dammu, Malli Malli Idi Raane Roju being some of the films under his banner.

So as you can see, talent and luck need to click for you to be a superstar. Having just one of the two doesn’t work out great.

Have we missed any other actors who had great launch-pads but their careers couldn’t take off? Let us know in the comments section below.