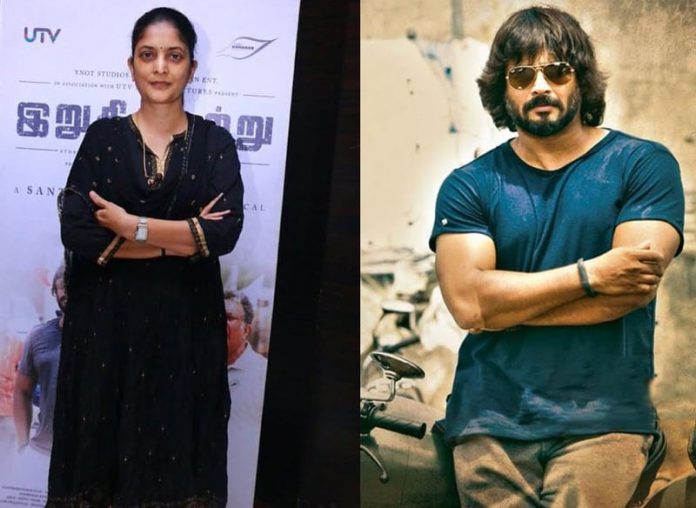 The Tamil and Hindi versions of the film released simultaneously on 29 January 2016, Irudhi Suttru/ Saala Khadoos has won positive reviews from film critics and mixed response from audiences. But, what makes this special for us? It is the director, Sudha Kongara Prasad.

You will be little suprised to know this lady director is from Vishakapatnam, Andhra Pradesh. Sudha was born in the port city and did her schooling from Timpany Secondary School, Visakhapatnam.

She debuted as a screen writer for the Indian English film Mitr, My Friend, which won the Best English Film of the year award at the 49th National Film Awards. She then worked as associate director for seven years with Mani Ratnam.

Earlier she directed Andhra Andagadu (Telugu) in 2008 and Drohi (Tamil) in 2010. Apparently it is romoured that Venkatesh is considering to remake this movie in Telugu.

Though we have a couple of lady directors, except Nandini Reddy, we haven’t seen anyone active off late. Hope Sudha Kongara Prasad fills that space.