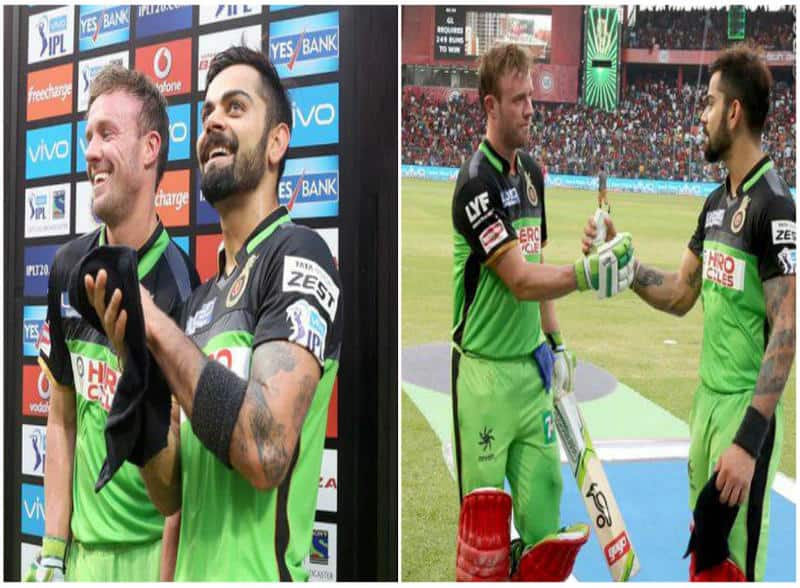 Over the years AB de Villiers and Virat Kohli have been involved in some large partnerships for Royal Challengers Bangalore but no one in T20 cricket had put on as many as they did against Gujarat Lions on Saturday. Plenty of records tumbled as the pair added 229, including 112 in the last five overs, prompting disbelief across the cricketing world.

Despite a career average above 50 in Twenty20s, Kohli didn’t have a T20 hundred till this IPL season. Something he corrected with three centuries in seven innings.

Oh sure AB bats like this and everyone says he's amazing. I do it at our family Xmas and every1 says Im "an asshole" and "bullying the kids"

Thank you @IPL . We would all be wondering how these two would bat together, thank you for providing a spectacle. #ABD #ViratKohli ??

I am sure AB is just playing a trick on all of us, that shot over point of Pravin Tambe is a proper joke.

Kaushik asked to bowl the 19th over with AB-Kohli in this form=Sending a lamb to the slaughterhouse. ? #RCBvGL