To make a good film, you need a protagonist who is likeable and someone that you can support and feel for, similarly, you need an antagonist too so that the odds are stacked against the hero and you finally see him overcome those odds and succeed.

Let’s look at some of the top Villains of Tollywood Prakash raj is one of the most popular actors of Tollywood, he is mostly known for his roles as a villain, He has acted in many different languages and is one of the highest-paid antagonists in south India. Ashish Vidyarthi is an Indian film actor, known for his work in 11 different languages, predominantly in Hindi, Tamil, Kannada, Malayalam, Telugu, Bengali, English, Odia and Marathi cinema. He is noted for his antagonist and character roles. JagapatiBabu is an Indian film actor known for his works predominantly in Telugu cinema. In a career spanning 25 years, JagapatiBabu has starred in over 120 feature films and has received 3 Filmfare Awards and 7 state Nandi Awards. He is mostly known for his negative roles. Rana Daggubati is one of the most popular actors in the Telugu industry, he is most noted for his role as the main antagonist in the film Baahubali: The Beginning (2015) and Baahubali 2: The Conclusion. Raghuvaran was an Indian actor who predominantly acted in movies made in South India. He had acted in more than 200 Malayalam, Tamil, Telugu, Kannada and Hindi films. He was known for his special style and voice modulation. Gopichand is one of the top actors in the Telugu industry, he is known for his negative roles as Bhadranna in Varsham, Raghu in Jayam and the famous role, Devudu in Nijam. Pradeep Ram Singh Rawat is an Indian actor. He is notable for playing villainous roles in Bollywood and South Indian films. He is famous for his role as Bikshu Yadav in S.S. Rajamouli’s creation, Sye. Then, he went on to do A.R. Murugadoss’sGhajini, in which he played the dual villain role. Sonu Sood is a popular villain in Bollywood, and also in South Indian films. He has starred in several Telugu and Kannada movies. His performance in Arundathi is a notable one. Rao Ramesh is an Indian actor, who appears in Telugu language films. He is known for his negative role in the epic Magadheera, he has done a number of villain roles and has been praised for his portrayal as a villain. J. Surya is an Indian film director, screenwriter, actor, music composer and producer who has worked in the Tamil, Telugu and Hindi film industries. Apart from direction, he is a tremendous actor too, known for his negative roles in movies like SPYder. Sayaji Shinde is one of the most famous actors in the South Indian Cinema, He is known for his portrayal as a villain. He has acted in over 100 films and has acted in different languages. Suman is a multi-lingual actor and he has played negative roles in four languages of South India. He is known for his role as the main antagonist in the hit film Sivaji. AadhiPinisetty is an Indian film actor who appears in Tamil and Telugu films. He was praised for his performance in Sarrainodu. His character, Vairam Dhanush, is cunning and a powerful one in the film. Arvind Swamy is an Indian film actor, model, entrepreneur and television presenter known for his work in Tamil and Telugu cinema. He is noted for his role as Siddharth Abhimanyu in Dhruva where he was praised for his performance. Dev Gill is an Indian Actor who has acted in different languages, his role in the epic reincarnation drama, Magadheeraas RanadevBilla, the villain was praised. This movie was a big hit of its time. Dev Gill was also seen in Ragada and Racha. Sai Kumar is mainly known as a hero, but he has played a baddie in all South Indian languages. Thirunamgalam, IrumbuKottaiMurattuSingam, Aadi and Samanyudu are some recent films that featured him as a villain. Rahul Dev is an Indian film actor who predominantly works in Hindi, Bengali, Kannada, Malayalam, Odia, Punjabi, Tamil and Telugu films. He is known for his villainous roles in movies like Champion. Avinash is a notable South Indian actor, who has played negative roles in Kannada, Tamil and Telugu films. He was last seen as a baddie in Veeram and Ugram. Kota Srinivasa Rao is an Indian film character actor, known for his works primarily in Telugu cinema, he has played the role of the main antagonist in several movies. Mukhesh Rishi has enthralled audiences with his loud portrayal of the negative roles. He is mainly one of the most sought-after villains in Telugu. Nassar is a multilingual Indian film actor, director, producer, dubbing artist and playback singer who mainly works in the South Indian film industry. He is known for his role as the antagonist in the movie Nota.

Also Read: Few Facts About These Tollywood Films & Actors Are Nothing But Coincidence 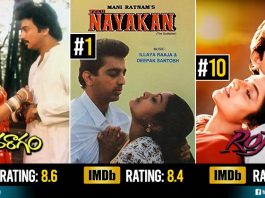 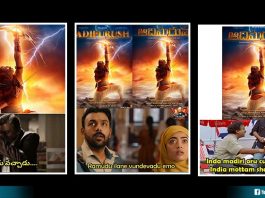 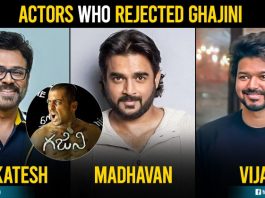